Isometric Training: What It Is and How to Do It Correctly

I’m going to explain why and how isometric training works, and then give you two different protocols you can follow.

What Is Isometric Training?

In simple terms, muscle can only contract in a few ways. It can do the obvious and contract to shorten the distance between joints, such as when doing a bicep curl. This is called a concentric contraction, where the muscle tenses while shortening.

It can also tense while lowering a load, or resisting it, such as when lowering the weight in a curl. This type of contraction is known as eccentric and occurs when the muscle tenses while lengthening.

A final type of contraction is called an isometric contraction, and it occurs when the muscle tenses while not changing length. Examples of this are poses in body building or pushing against an immoveable object such as a wall.

One of the main benefits of isometric training is that the body is able to activate nearly all the available motor units – something that is usually very difficult to do.

Back in the 1950s, researchers Hettinger and Muller found a single daily effort of two-thirds of a person’s maximum effort exerted for six seconds at a time for ten weeks increased strength about 5% per week, while Clark and associates demonstrated static strength continued to increase even after the conclusion of a five-week program of isometric exercises.

Another benefit of isometric training is simply the amount of time spent performing an exercise. Consider an exercise like the bench press. It may take one to two seconds to perform with each joint angle only being trained for short periods of time.

In contrast, an exercise that mimics the bench press, like a press against pins at the sticking point of the lift, may be performed for several seconds. In other words, if you have a problem at a particular joint angle in a lift, you can do targeted isometrics to quickly overcome your problems.

Given that you can perform isometrics with little equipment and a relatively short timeframe, you’d think they’d be far more popular in the training world. So why aren’t they mainstream? For starters, there’s no denying the commercial aspect.

With isometrics there’s no valuable equipment to sell. Secondly, there has been some selective use of the science involved in isometric research. Many will cite potential drawbacks such as decreases in coordination and speed of movement or decreases in muscle elasticity.

Like all good training methods, you need to know how and when to apply isometrics, and how to overcome whatever shortfalls it has. Every system has holes and it is your job as the trainer to overcome them.

Potential decreases in muscle elasticity and speed of movement are easy to overcome with the use of relaxation and stretching methods between sets. The famous RKC Fast & Loose drills apply here, as would something even as simple as pranayama from yoga or even jumping rope.

One of the biggest issues people often cite is that isometrics will only work at that specific joint angle. However, Mel Siff noted in his book Supertraining:

…isometric training also produces significant strength increase over a range of up to as much as 15 degrees on either side of the training angle. Moreover, as with all strength measurements, there is a specific force or torque versus joint angle curve for each type of muscle contraction, so that it is highly unlikely that a strength increase would be confined to a very precise angle and nowhere else in the range.

In other words, it is more likely than not that strength gained at one joint angle will carry over to others. The caveat is that this seems most likely when the joint is at its most lengthened and the regional specificity of isometric training is most noticeable when the muscle is at its shortest.

How to Use Isometrics

I’m going to give you two versions of application. Both will work, but one will require some equipment and the other can be done on your own.

The equipment variation is suitable for someone looking for fast increases in strength, while the solo version can be used for performance but is also great for injury rehabilitation.

To do the equipment variation you’ll need a bar, a bench, a power rack, and a lot of weight. We’re going to use three exercises – the bench press, squat, and deadlift. 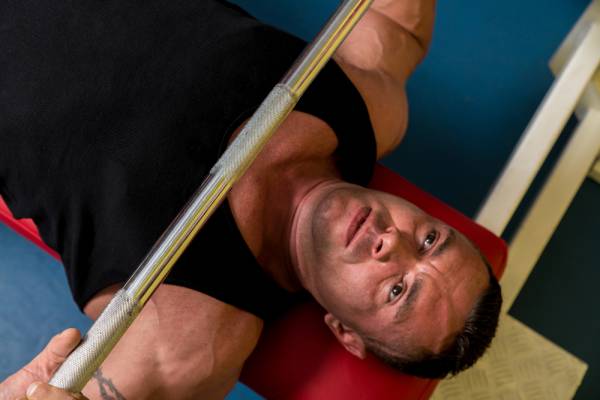 Bench press and squat: To perform these two we’re going to set the bar on one set of pins at the mid-range of the movement, usually where a sticking point occurs, with a second set of pins slightly above it. You don’t even need load on the bar for either of these variations.

On most power racks simply set the second set of pins at the next available height. Performing the isometric contraction is simple. Assume your position with either the squat or the bench press and drive the bar into the higher set of pins as hard as you can for six to eight seconds.

Deadlift: To perform the deadlift variation load the bar with a weight that is well beyond your one-rep max. It is important that the bar will not budge at all once you start the pull.

Version #2: Isometrics With Bodyweight Only

The main problem many will have with these bodyweight variations is the lack of sensation of actually pushing or pulling the weight. These exercises are performed as static contractions in a single position. 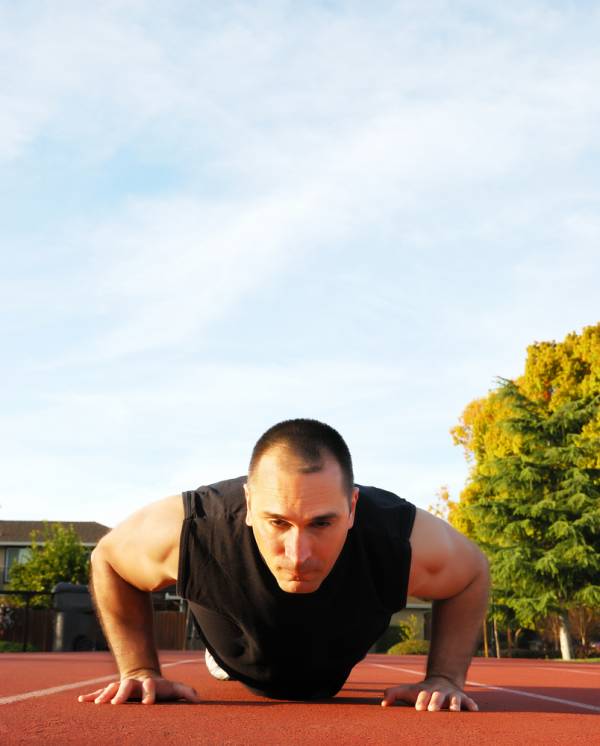 The three exercises to be used are the squat, lunge, and push up. For any of the three, assume a position midway through the range of movement and tense everything you can in your body as hard as possible.

What makes this tricky is that not only will you have to tense what would be the agonists (the muscles contracting while you squat or lunge), but also the antagonists (muscles that oppose the action, such as the back in the push up).

My experience is that many people don’t have good enough body control to be able to execute this well. Regardless, many will still find that a single rep is spent chasing tension around the body.

As soon as you have one thing tight, you’ll realize that your calves aren’t turned on, and then that will switch your glutes off, which in turn will cause you quads to let go, and on and on. With practice this chase does go away and you will become more skilled at getting everything switched on quickly and fully, which is the exact purpose of this training – to teach you to recruit more motor units.

In either plan, you can change the joint angle workout-by-workout, or week-by-week to minimize any potential loss of ability at different angles. For the deadlift, either raise the bar a few inches or work from a slight deficit in successive workouts.

Russian sports science great Yuri Verkhoshansky recommended that isometric workouts be limited to ten minutes per session. This would be total time of isometric contraction for the whole workout, so for example, if you did 3 x 10 second holds in each position (for either workout) you’d have done ninety seconds total.

The greatest success I’ve had with people is working up to five sets of ten-second contractions in each position. I know that is well short of the maximum ten minute time span, but if you do these right, meaning that when you turn everything on you really make sure to tense everything maximally, you will find your CNS can’t handle too much more.

I generally recommend people start with three six-second contractions for each exercise and add a rep per week, before adding time to the length of each rep. In between reps perform Fast & Loose drills, breathing exercises, shadow box, or anything else that will shake off the muscle tension.

Isometric sessions should be used just like regular strength training with peak frequency for the week at around three to four sessions. Be careful with how much you do.

These sessions won’t leave you sore or tired, but CNS fatigue is easily hidden. It can take the nervous system up to five times longer to recover than the muscular system, so the effects of isometric training can last a long time after your session.

I had a volleyball player who was on an isometric program years ago. We were using the bodyweight plan to get his knees back up to speed after an injury. In a single week he hit the session five times and then wondered why he couldn’t play on the weekend.

The CNS fatigue from many all out maximal attempts during the week had seen him unable to serve a single ball in during a tournament!

So, take heed – isometrics work, just use them like any other high intensity method, and a little goes a long way.