What We’ve Learned From Ultimate Fighting

The question, “Which fighter wins?” is one that will likely never die. It’s the question that spawned the UFC itself. What have we learned from the sport as it evolved? Is there a dominant art?

Back in the day us kids would sit around and match up superheroes. “Who’s the top superhero?” we would speculate. I was always a Superman guy – the superhuman strength and ability to fly seemed hard to beat. Then again I also thought Aquaman was totally underrated with three-fourths of the world being water and all. Plus, to be able to muster up the strength of all the fish in the sea to fight on his behalf is pretty sweet. Problem is, you gotta get your opponent to fight in the water. I’m sticking with Superman.

In recent years we have been asking this same question in with our real life superheroes. Who wins a fight between a world-class wrestler and a world champion boxer?Sylvester Stallone was one of the first to take a crack at this question, but his scenario was made up – Rocky fought Hulk Hogan in an exhibition in the movie Rocky 3. The Hulkster was tearing him up until Rocky found his southpaw mojo and threw barrage after barrage of brutal combos. The fictional bout ended up a draw.

Just the other day, my friend Sean, a fellow martial artist, asked me, “Do you think a kung fu fighter would stand a chance against a boxer or a muay Thai guy?” Such a question is what got the ball rolling on mixed martial arts years ago. It’s called Ultimate Fighting because in part it is an answer to the ultimate query. Who wins a fight between fighters of different kinds? Boxer versus wrestler, karate champion versus kung fu master, and so on.

Ever since Bruce Lee came on the scene, we have been trying to answer that question for real. In fact, master Bruce himself was intent on answering the question by developing a super martial art, jeet kune do. Bruce Lee took the strikes from Western boxing, a little dash of wresting, a little smidge of this art and a little dash of that art. In essence, he is the father of mixed marital arts. Today that is the way all mixed martial artists train – a bit of this and a bit of that. Interestingly, there doesn’t seem to be too many jeet kune do guys fighting in MMA.

Well, we’ve learned some things over the years but the more we know, the less we know. We thought we had an answer when the Brazilian jiu jitsu guys came on the scene. No one could figure out the triangle choke. It seemed like fight after fight was decided in favor of the grappling guys. Now that’s not so much the case. A knockout is still a knockout and a damned good way to end a fight. In fact, there are more knockouts In the UFC than submissions. A good striker always has a puncher’s chance, no matter how good his opponent’s ground game.

My friend Sean’s question was actually a compelling one for me because I got my start in the martial arts by studying kung fu. Maybe it’s because I used to watch David Carridine from time to time on his TV show Kung Fu, or maybe it was just random happenstance, but kung fu was my first choice. Southern style Shaolin kung fu taught me many things including a good sense of footwork and movement and an excellent comprehension of breathing. But it didn’t teach me how to keep my hands up or punch as effectively as what I learned in boxing and muay Thai. After thinking long and hard, I had to tell Sean the truth. As pretty as kung fu is, no chance a kung fu guy beats the boxer or muay Thai guy in a fight, and that’s why you don’t see many flowery wushu kicks in the UFC. Still the question looms – who dominates?

Here’s what I can tell you:

There is no one dominant style or martial art. There are some karate guys, but the prominent stand up modality is muay Thai. Boxing still has its place and wrestling seems to be right up there with jiu jitsu on the ground. Almost all of the UFC fighters study all these arts, and increasingly at a very high level. MMA fighters these days are trying to master each art. If going with Malcolm Gladwell’s assertion that it takes 10,000 hours to master a craft, then mixed martial artists still have a way to go to catch up to the likes of a professional boxer who has been training since she was a kid. Plus training in one art allows you to practice that art all day every day, versus splitting time between several. 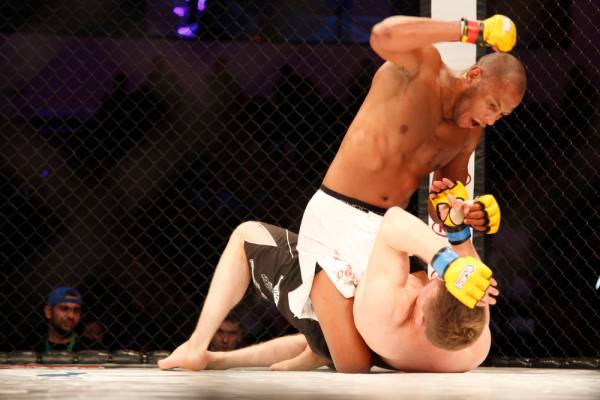 Still, there will always be the debate. We do currently seem to have an answer though. Like with the Rocky movie, it’s a draw, all things being equal (physical stature, conditioning, etc). The numbers tell the story. Up through July of last year in the UFC roughly half (47.5%) of the bouts were decided by decision. Knockout or technical knockout (KO or TKO) accounted for 29% of the outcomes, and 23% were ended by submission. Increasingly it’s a closer call. This has been the prevalent trend in recent years.

What the numbers tell us is that the fighters are getting better and there is more parity than ever between the arts. The wrestler can still get knocked out and the boxer can still get submitted, but mostly, it’s a toss up. We’re starting to see those arriving on the scene who are world class in more than one art or modality, which makes the debate all that more interesting. As long as the question persists, we’ll keep tuning in.