It’s too bad that running a marathon is still looked at by many as the epitome of fitness. Even the man who popularized running, Kenneth Cooper, later in his life said that if you run more than five miles a week you’re doing it for reasons other than your health. Plus, it’s never made sense to me why you needed an expensive piece of machinery (treadmills, stair climbers, and stationary bikes) to mimic what can be easier done outdoors.

I know I’m probably preaching to the choir for the most part here. But that’s not all. I don’t really do HIIT, Tabata intervals, or metabolic conditioning workouts either. GASP!

There are five reasons for this:

My main focus is on strength (in the ways I desire to build it). Here is something that I feel is true in the way that I train – the stronger I get the better conditioned I am. Now we’ve all heard about powerlifters who may be able to bench 500lbs but get tired walking up a flight of stairs. That’s not what I’m talking about. For reasons that I’ll discuss more in a bit, that simply won’t happen to me.

Take a typical CrossFit workout. What is involved? Usually high reps of a bunch of exercises thrown together. A generalization, but fairly accurate. This metabolic workout is going to tire out most people very quickly. But what if every exercise and the load used is easy for you because you are very strong? Then what? I’ll tell you what. Then you’ll be able to blaze through it and not get very tired.

Of course strength isn’t just what you can do for a single rep. I use rep ranges all over the place for my training. Sometimes I do singles. Other times sets of ten or twenty. Strength and endurance are not black and white but exist on a continuum.

Anaerobic means without oxygen. This is in contrast to aerobic which means with oxygen. These both refer to energy pathways within the body where oxygen is either used or not used for the energy demands. The funny thing is that anaerobic exercise often makes you breath much harder.

The benefits of anaerobic training include that in a shorter time period you can get a better workout (one that builds strength as well as typically boosts beneficial hormones). Plus the important thing to note is that anaerobic ability transfer over really well to aerobic ability, but it doesn’t work the opposite way. 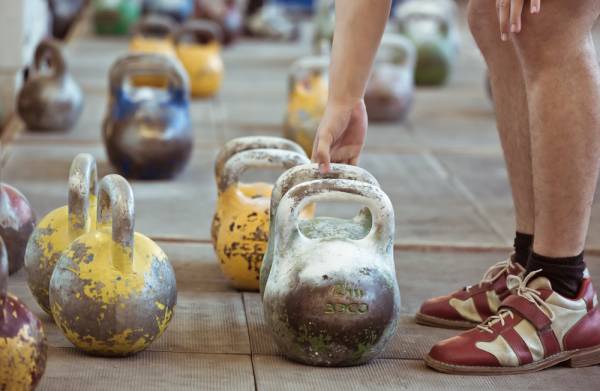 I do some anaerobic conditioning but not all that much. It really depends on what my goals are at the time. A favorite of mine is hill sprints but I’m not currently doing those. Something I am working on right now is the Beast Snatch Test. For those that don’t know what this is it involves a 106lb kettlebell being snatched overhead. The test is to do as many reps as possible in ten minutes. My goal is 100 reps.

Now this would qualify as a metabolic conditioning. But what am I doing? I’m taking a strength exercise, something that most people cannot do a single time, and just extending how far I can go with it. Very different from how most people approach conditioning.

I’ve done my share of conditioning workouts before in the past. I won’t say they aren’t important, just not as important as most people make them out to be.

Nowadays I don’t think I ever do a “conditioning” workout that lasts longer than ten minutes. Perhaps the main reason driving this is that anything longer than that and I get bored.

Since I’ve formed a foundation in my past, I know I can go out there and apply it to whatever I want. Every Thanksgiving my friends and I typically play a game of football. Even after a couple hours of sprinting around I’m relatively fresh.

This also comes down to belief. Beliefs direct your reality. I believe strength is more important and thus, that is what I focus on. I believe I can get all the conditioning I need in short workouts and even if I don’t, I believe my foundation is there so that I will perform reasonably well at anything I try.

I believe I could run a marathon without training for it and do a decent time. I think it would hurt my joints to do so, but I believe I have enough physical ability (endurance) to run the whole way.

Speaking of running, there is one critical area I need to talk about. This is what stops me from going out and doing that marathon (besides the whole joint pain and boredom thing). When it comes to conditioning, besides a base level, it is all specific. It’s not just about your lungs and muscles. 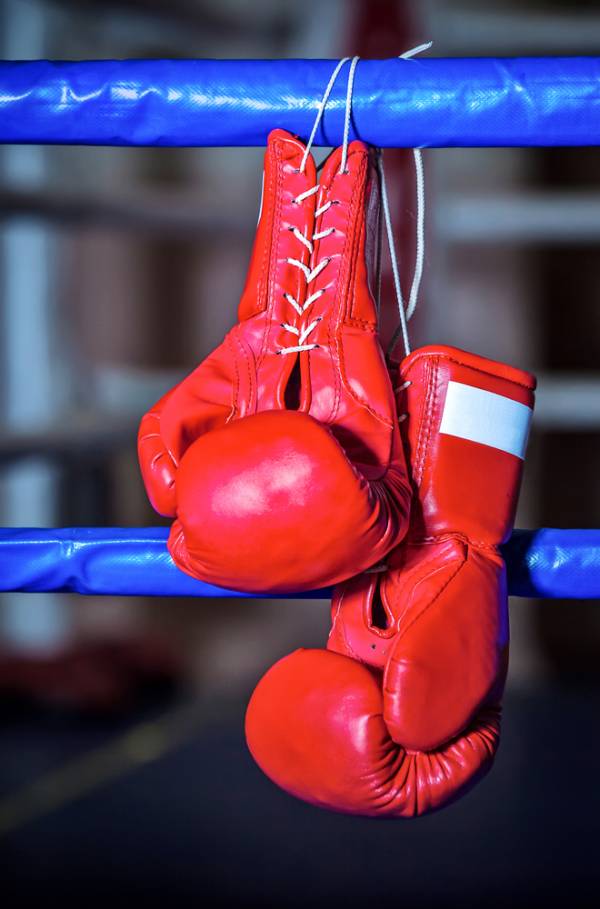 Why is this? Because the biggest component in conditioning is being able to relax. What will tire someone out quickly? Their own tension. If you want to last a long time in anything you must be relaxed in doing it. This usually comes in time through specific practice of the movements. Efficiency is the name of the game.

Want to last a long time when sparring in martial arts? Learn to relax. Doing all the conditioning in the world won’t help you that much if you never learn this. Even though I am in really good shape, if I rolled around with even a decent person in jiu jistu, even if that person didn’t condition at all, I would probably get winded and they wouldn’t. This is because I would be making inefficient movements, fighting against myself, and they would not be.

Want to run that marathon? Make sure you can have a level of relaxation and efficiency in your stride. Want to get a good time on your CrossFit workout? You can’t blow all your energy on the first set. Relax in each movement and as you move from one to the next.

As a bit of a disclaimer to all this I will say I don’t compete in much. That’s because there aren’t competitions in the things I’m really interested. If I were to compete in something that required conditioning on some level, what would I do? I would work on that specifically and make my movements as efficient in possible.

I’m not saying to stop what you are doing. As always it will depend on your goals. But you may want to look into these five things and evaluate your training against them, deciding to make changes if necessary.