While we all might like to avoid getting hit, it turns out the best way to learn that is to practice getting hit. Taking a hit, metaphorically and physically, provides a big lesson for us.

One of the things my father used to say growing up was, “You don’t have to fall off a log to know what it’s like to fall off a log.” Perhaps this was my father’s paternal instinct of protecting his children from harm, or maybe it’s just his mantra. Why get hit if you don’t have to? Well clearly, I agree that avoiding ‘falling off the log’ is generally a good thing, but in life we are going to take plenty of hits along the journey whether we like it or not. Respectfully disagreeing with my father’s sentiment, I’d say the best way to prepare for falling off the log is, well, to fall off one.

In a literal sense it’s hard to justify getting hit as a choice. As one who has participated and coached in boxing and the martial arts for years, I can’t honestly justify it, especially in the head. You have one head and it’s a pretty good idea to protect it. When my brother was in the hospital for a brain trauma the nurse made me swear I would never ride a bike or snowboard again without a helmet. While I have kept that promise, I didn’t happen to mention to that nurse that I box.

It’s a tough sell to tell people they are going to get hit. Thankfully, most who approach boxing and the martial arts have some idea that’s its ultimately part of the deal. Getting hit is a process. With new students I gently tap them with the coach’s mitts, so they start to get a sense of what contact feels like. Hopefully, after many such taps, they learn to keep that right hand on the jaw, but like I said, it’s a process. I also teach head movement a lot (the slip, duck, and bob and weave) because obviously, it’s best to not get hit if you don’t have to. When it comes down to it though, getting hit sometimes is unavoidable.

As with my promise to the nurse at the hospital, protection is key. One should never spar without headgear, a mouthpiece, and 16 oz. gloves. (16 oz. glozes offer 2.5 inches of foam padding to protect your hands and your opponent’s head.) I do indeed wear a ‘helmet’ when I box. Of course, in professional boxing and the mixed martial arts there is no headgear, so the stakes are higher. In my estimation, one should only fight professionally because it’s their thing – because they have to. I liken fighting to high altitude mountaineering, like climbing Mt Everest or K2. Those mountaineers who encounter the death zone do so for one reason and one reason only – they have to. It’s just their thing. Well, for me, I do love boxing and the martial arts, but I don’t have fighting professionally as a must in my life, so I stick to coaching and studying.

Still I‘ve taken more than a few hits to the head and elsewhere, and as I stated, it’s hard to justify. However, it’s also really benefitted me. What are those benefits? My father I’m sure would like to know. Well, first and foremost, fighting is metaphorical. In life, we take hits and the best way to prepare for them is to fall down, so to speak. In this practice and acceptance, we find the inner calm that manifests itself in our outward self. I am certainly no guru, but learning how to fall and get hit in and out of the ring has helped me find more peace of mind, more control of the body and breath, and more confidence. 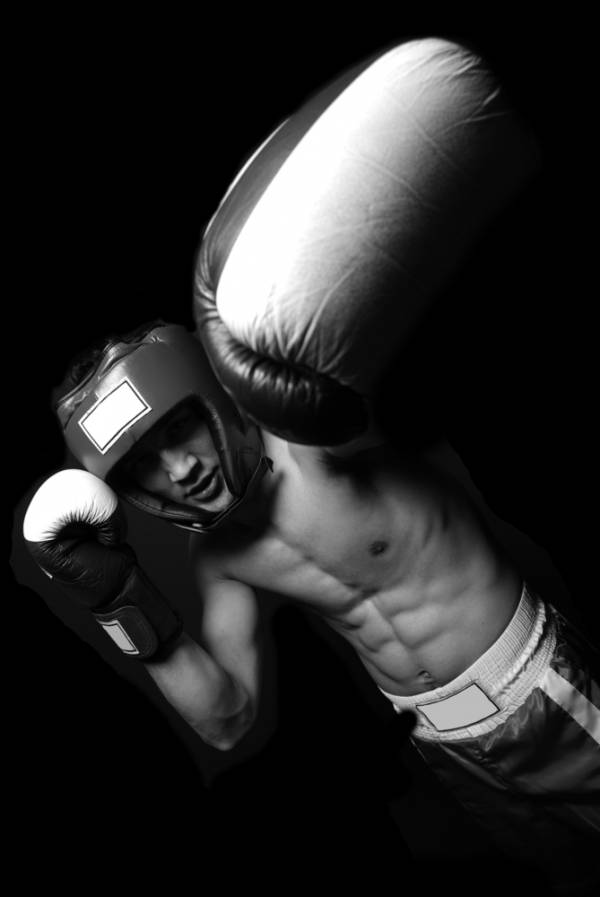 I’ve long been fascinated by the surfer in the giant wave, the skier going all out on a downhill run, and the fighter in the ring. It makes no sense, but the very best of them are relaxed while doing said activities. It seems incomprehensible that the most violent environments on earth could possibly create a sensation of being relaxed, but if you can look behind the violence, that’s what you will see – rhythm and relaxation. How do they get there? Controlling one’s breath is a big part. Swimming with the current is another. I teach the pressure drill in boxing where you are being attacked with overwhelming force, and the key is to breathe and retreat while finding a controlled exit to counter – swimming with the current.

It’s interesting to note there are a lot of self-defense courses out there that mostly teach people offense. I find this comical and somewhat tragic. Self-defense means, you have just fallen off the log. The first thing you need to prepare for is that fall – to take the hit in a protected way. You do that by learning what it’s like. Yes, it’s true if someone has their hands on you they are vulnerable and open somewhere on their body and we have an opportunity for offense, but reacting in an offensive manner is not typically what happens. In this moment we are often paralyzed with fear and the reaction of just having been hit. Before the counter and the offensive response, we need to deal with the reality of what has just occurred. This comes from learning how to fall correctly. It starts with acceptance and it ends with controlling the body and mind for breath and conserving our energy.

Learning how to get hit also means protecting ourselves by building a small shell around our bodies. Hands up, but in tight to the side of the body and head, and of course, chin down (a violent snap of the jaw is what creates the physiological reaction of a knockout). World Champion boxer Bernard Hopkins would train with a small ball under his chin so he would keep his chin down and connected to his shoulder. Bad for one’s general posture, but good for one’s general defense. The key in creating our protective shell is to create one that is relaxed, effortless, and fluid. Rigid muscles, tension, and wasted energy are the enemy. Fighting is full of paradox as is life – tight defense but not tense. Learning how to fall is perhaps the best way to know how to get back up.