Fran is all about thrusters. Here’s my advice for getting better at them so you can improve your times.

<strong”>This week’s agenda is the classic benchmark WOD “Fran.” Everyone loves talking about his or her Fran time, and there is nothing wrong with that. Rarely do you experience such a potent match-up of a bodyweight movement and one of the most dreaded weight exercises.

Fran consists of the following:

When a workout is presented with numbers followed by a dash and followed by another number, this indicates the rep scheme for the workout. As far as the order of the exercise, the athlete works from the top of the list of exercises descending down. For example, Fran starts with 21 thrusters followed immediately by 21 pull ups. The athlete then performs the two exercises back to back again, but with the rep count of 15.

This WOD is all about how efficient you are with thrusters. Period. Yes, if your kip isn’t going great, you might not have a fast cycle time with the pull ups and have an overall time a few seconds longer, but the battle is won or lost by how well you do at thrusters.

“This WOD is all about how efficient you are with thrusters. Period.”

8 Easy Fixes for the Thruster

Depending on a person’s strength, he or she can display a host of problematic areas in the thruster. In fact, it’s easy to fall into the faults listed below or forget some of the basics when you’re in the heat of the workout. Don’t feel bad, just look for your weaknesses so you can systematically improve them.

“The checklist and tips should be broken down across as many training sessions as needed. Try to address one area per session.”

To find the weaknesses in our movement, we have to look at the entire kinetic chain. We begin our assessment by looking at the feet and continue going up the body. If we have a system for assessment, we can easily discern possible faults instead of haphazardly observing an athlete or ourselves.

Here are eight areas of each movement to pay attention to, along with verbal cues you can use with either yourself or your athletes to facilitate the correct movement: 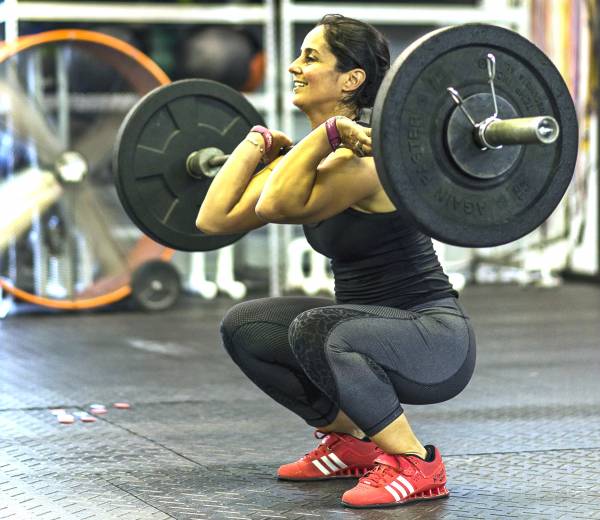 The rack position is maintained in order to harness the kinetic energy from the squat and use that force in the ascending portion of the thruster. Because the bar is resting on the front delts, the energy from the squat initiates the press. The arms only finish the movement into lockout. If a good rack is not maintained, the thruster becomes segmented and there is an overall loss of power. The exact rack position can also be influenced by the length of the athlete’s radius and ulna, which make up the forearm. 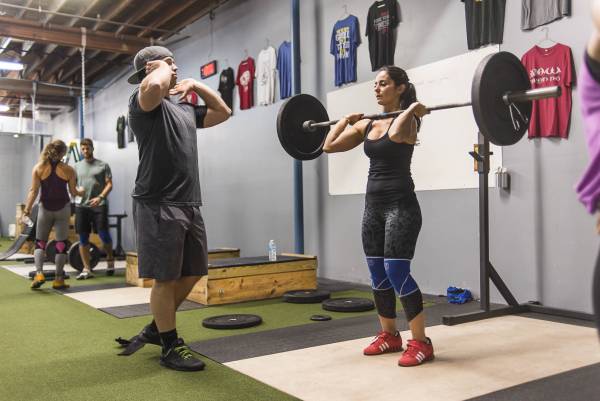 3. Ascending Portion of the Lift 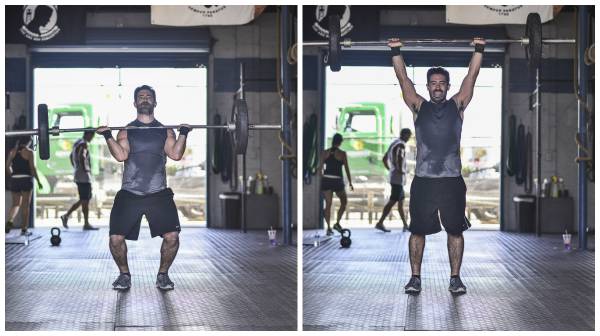 Now that you’ve gone into the fine details of your thruster, we need to go back to looking at the workout as a whole. There are four other aspects of strategy and body mechanics to be addressed. These are applicable not just to Fran, but to all workouts you do.

With shortness of breath a host of problems can occur such decreased strength, dizziness, and even mental fatigue. But there is a strategy that can be deployed to counteract it.

“With increased circulation through the body, mental awareness and comprehension becomes optimal. This all occurs by controlling your breathing.”

What is it? Pursed lip breathing. An old technique that consists of breathing in through the nose and out through your mouth. That seems like a no brainer! But have you ever noticed how an athlete breathes while doing a hard workout? The smooth breathing goes out the window and it’s replaced with gasping gulps of air.

This WOD tastes your mental fortitude and makes you dig deep, especially during the set of fifteen. That is the make or break round. Setting up cognitive cues during the workout is crucial. 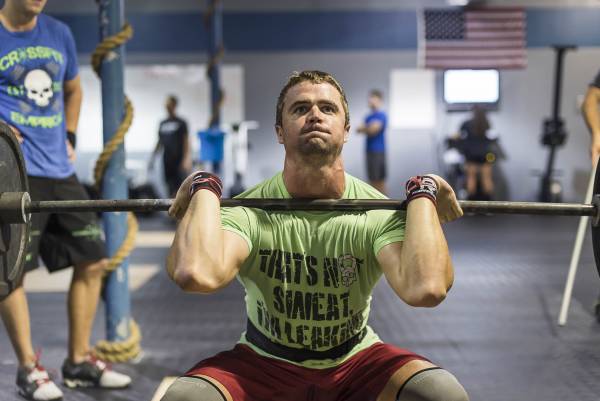 If exaggerated or involuntary trunk flexion occurs, it means your midsection is no longer erect or straight during the movement. When your core and mid-line are not properly aligned, your breathing quickens. Your poor posture compresses the diaphragm, causing a lack of blood flow to the extremities. All this makes it extremely difficult to move effectively under stress.

“When your core and mid-line are not properly aligned, your breathing quickens. Your poor posture compresses the diaphragm, causing a lack of blood flow to the extremities.”

Not to mention, you’re also now in a poor rack position, which will cause you to expend more energy controlling the weight with your upper extremities and take away energy that could be used for the push press.

8. Let’s Get Back to Those Pull Ups

If you cannot perform a strict pull up, you have to develop that skill. Although I love me some kipping pull ups, your foundation should always be a strict pull up to build overall strength in the latissimus dorsi. Kipping techniques can be introduced once two sets of six to ten reps of strict pull ups can be performed. Athletes can start with partner pull ups, jumping pull ups with a controlled descent, and ring rows in different positions to increase difficulty. 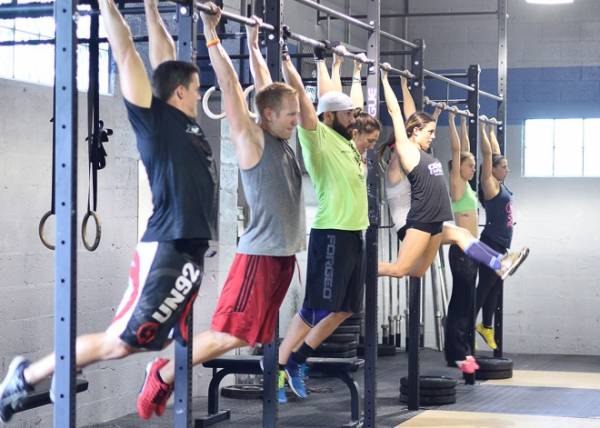 After performing Fran, ask your coaches and trusted peers what they noticed about your form. Ask them to watch your mechanics and see if they notice any faults as compared to the list above. How does your depth look with the squat? How’s your rack position? How many times did you have to put down the bar? How was your back aligned? No “yes-men” allowed!

The checklist and tips above should be broken down across as many training sessions as needed. Try to address one area per session.

Now that you have the blueprint on how to improve the crucial area of the thruster, do not spend too much time working on areas you already good at. Work on the portions of the checklist you struggle with.

The more you work on your weaknesses, the more likely a PR is going to follow close behind. Happy gains and let us know about your progress on your next Fran WOD!