A study of skeletal muscle mass distribution suggests women need to focus on strength training more to offset the impact of aging.

Everyone needs to lift more, but women may need to plan for a longer term commitment to strength training than even men. That may be the takeaway from a study of skeletal mass (SM) and distribution in men and women aged 18-88 years-old. Using whole body magnetic image resonance, researchers examined the influence of age, gender, body weight, and height on SM and distribution in a large and diverse sample of 468 men and women.

The data from the research shows that men had significantly more SM in comparison, both in absolute terms and relative to their total body mass. Men were also disproportionally more muscular in their upper bodies than women, as you can see from the data below. 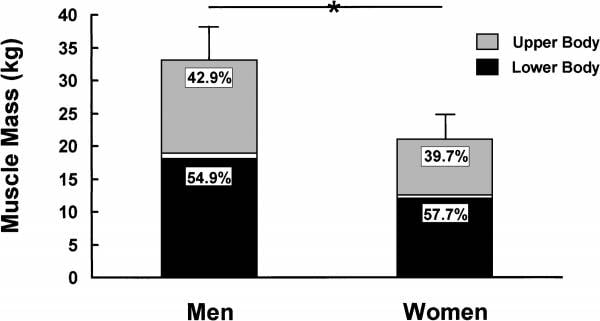 Even accounting for differences in height and total weight, this shows men having an SM mass relative to body weight of 38%, whereas it is 31% in women. The influence of SM on bone density in older women is pretty well documented1so, the lower SM percentage may be one explanation of the increased likelihood of osteoporosis in women.

Yes, we all tend to be familiar with the notion that as we grow older we are inevitably going to lose muscle. It’s interesting from the data below how that cut-off seems to occur around the age of 45 which might make you think about your training later in life. 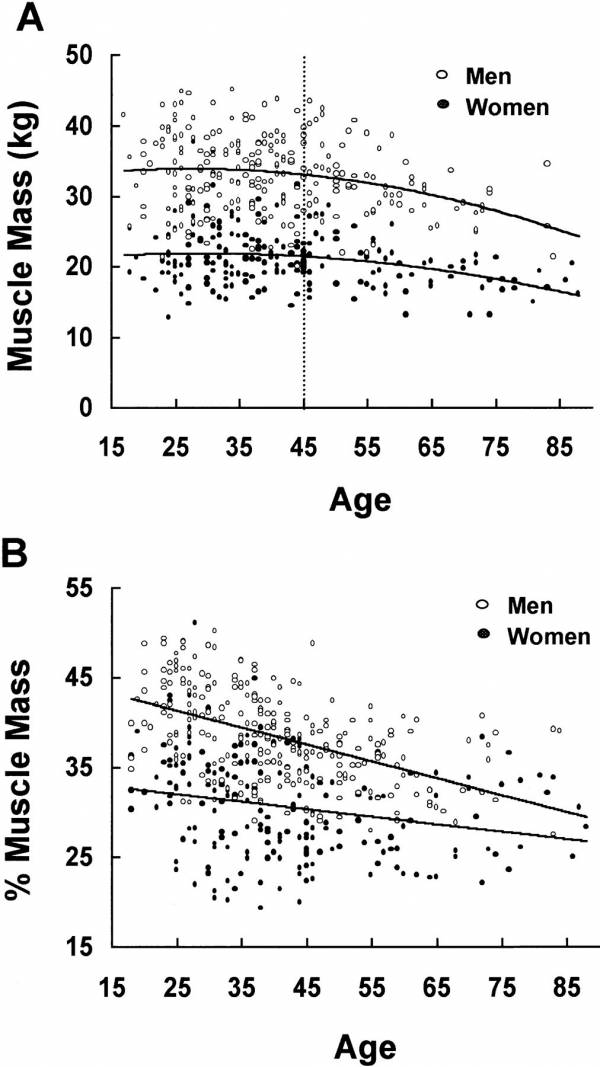 I imagine that if you are the kind of person who was very active, built a strong muscular frame earlier in life then you can assume that even when there is a decline, it is from a higher point and so your lows are going to be higher than those of other people your age who didn’t have the same background.

However, for women, who run a greater risk of bone degeneration in later life, there is enough information here, and in other studies, that would mean a greater emphasis on strength training at a younger age, to build a muscular foundation, and continued commitment to strength training as you age.

You can’t change the ravages of aging, but you can work from a higher baseline at an earlier age, and you can ameliorate the decline as an older athlete.

There was one other interesting part of this research, the relationship between height and total weight to SM. While height didn’t seem to relate to muscle distribution in men, being taller did indicate a larger increase in lower body muscle. 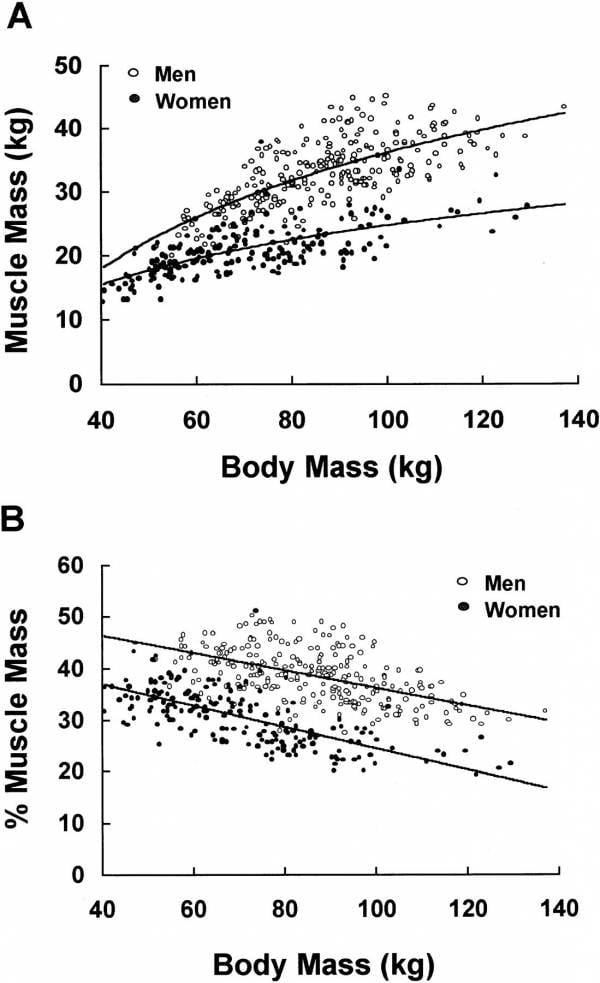 There is a definitely a negative relationship between SM mass and body weight. The larger total body weight, the smaller the increase in SM mass. Essentially, your takeaway is that SM doesn’t contribute as much to weight as people get bigger. But, just note that these are statistical data models so, they’re not expressing a judgment or opinion of any particular lifestyle or approach. What we are seeing here is, people get older, people put on weight, and people lose muscle.

We can attribute the weight gain and muscle loss to everything from a more sedentary lifestyle to age-related disability to aging responses to growth hormones and androgens. However, this study eliminated subjects who were bed-ridden, had physical disabilities and/or chronic illness. The authors identified the fifth decade of life as being a transitionary point, a point at which the intervention of strength training could be beneficial in mitigating SM loss due to aging.

It gets harder to be older. Physically it may be very challenging, particularly if you don’t have a good base from which to work off. That means, if you’re young, go for it, build a strong foundation for a healthier future because you will face decline.

If you are a woman, you need to think strong. You need to give the due commitment to strength training. It’s not something that has been culturally acceptable or really prevalent and even though we see more and more women active in CrossFit, weightlifting, strongman, powerlifting and the like, strength training is not as mainstream as it needs to be.

Weight-bearing exercises, strength training, lifting, having a strong grip, these are not macho positions, these could save women from bone diseases that seem to be more likely as they age.