As physique and bodyweight based sports, such as bodybuilding and powerlifting, continue to grow in popularity, it’s becoming common to run into athletes who struggle with their relationship to food post-competition.

Recent focus has been on the need for a strategic plan to avoid the metabolic rebound that can result from an extended calorically restricted diet followed by an acute increase in calories. However, for some athletes having a strategic plan is not enough to deter them from the negative physical and emotional effects that can occur after a competition diet.

Most chalk it up to a lack of “will power,” but it’s possible that for some people these impulses are beyond immediate control – those with potentially addictive personalities.

Competing in physique-based sports such as bodybuilding can be an exhilarating yet mentally exhausting experience.

When most of us imagine someone with an addictive personality, or an “addict,” we likely picture drugs, alcohol, gambling, or even food. But our image of a food-addict is typically someone who is morbidly obese and a far cry from the epitome of health, much less a competitive athlete.

However, studies are not only beginning to legitimize food addiction as a true addiction, but also reflect that food addicts come in many forms, including underweight and normal weight individuals, as well as those who are overweight and obese.5 In my experience, although it’s possible to treat an addiction, it’s difficult to cure the addictive personality. So one addiction is often replaced with another, less toxic addiction. In the case of the athlete, the “high” of training and success being replaced with food.4

“Whether this cycle is an issue of will power, emotions, or true food addiction, it can lead to serious physical and mental consequences if not addressed[.]”

What was once the “drug of choice” used in order to achieve the anticipated release of dopamine, serotonin, and endorphins, is replaced with something else in order to achieve a similar high. These chemicals are the same chemicals released in the brain during physical exercise, sex, and food consumption, so it’s not surprising that when trying to break a habit one would be replaced with another to fill the void.5 The physical urge and desire for this release of chemicals is what prompts addiction to develop.

I’ve often wondered if elite athletes have some characteristic of addictive personality, specifically in sports such as powerlifting, wrestling, and bodybuilding, where the training and lifestyle is particularly intense due not only to the training, but also the added stress of the weight and nutrition requirements.

When considering athletes at the highest levels, their behavior is often verging on obsessive, and a correlation can be drawn between these personalities and the behaviors deemed necessary to fuel their addiction – the desire to train or win and the related high that follows.1 Studies reflect that elite athletes have a series of common personality traits that allow for their success. These personality similarities may reflect the likelihood for visible patterns of addiction to also show within this group.2 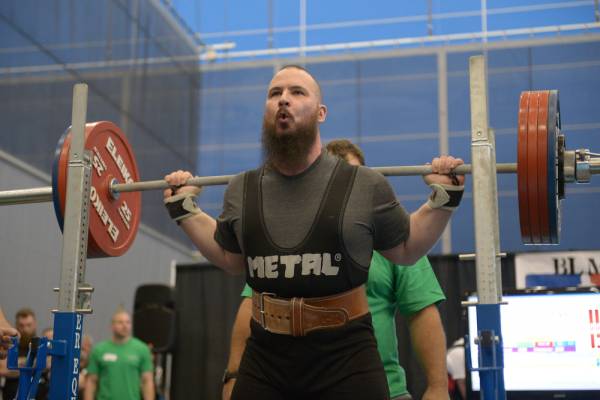 From Focused to Food Addiction

For those who have a legitimate addiction, they may receive the high they need by focusing on a “positive” addiction, such as physical activity. Now, this is not to say that all elite athletes have addictive personalities, but for those who do, they may “save” themselves by investing their energy in what could be considered a healthy or productive addiction and never experience any truly debilitating effects.

Some argue that competitive bodybuilders may experience muscle dysmorphia, which could be considered an addiction to the maintenance of a certain body image. To achieve this body image, the athletes must engage in “activities such as bodybuilding, exercise, eating certain foods, taking specific drugs, and shopping for certain foods and supplements,” which for most are relatively harmless side effects.1

“If you are experiencing food anxiety, a negative relationship with food, or binge-eating tendencies, don’t hesitate to seek the aid of a professional.”

The potential for complications may occur post-contest, when competitors indulge in post-contest gluttony following the extended period of restricted food sources and calories. Much like a drug, large amounts of fat- and sugar-dense foods, high volumes of foods, and the reintroduction of variety (hello, buffet!) can cause a release of “happy” neurochemicals that essentially override the body’s natural satiety system. This causes a high that makes a person want to keep eating despite being full.5

It’s likely that after a period of restricted dieting, when consuming large amounts of food sources the body is no longer accustomed to, such as those loaded with fat and sugar, the body experiences a more magnified high, resulting in an addiction to food that was never apparent before the diet. After experiencing the euphoria achieved by this post-diet feast, the body begins to crave this high on a chemical level.5 It’s possible the high that was once achieved via training and competition can be replaced with an even stronger high from food.

For most people taking on a restricted diet for competition purposes there will be no signs of addictive personality, no experience of addiction post-competition, and a healthy food relationship will continue. But, for some there is potential for the post-contest binge to trigger the food addiction due to the chemical response brought on by specific foods or an excess of food. 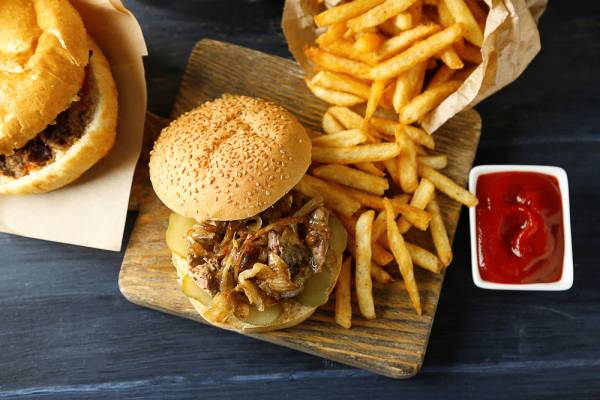 Symptoms might not manifest until after a competition when strict behavior devolves into frequent binging.

This chemical response creates a surge of “feel good” substances in the brain, which the body may quickly define as its new baseline, leading to the need for larger influxes of these chemicals and the substances that trigger them in order to reach the same high (i.e. chasing the dragon with food!).2

For some athletes, a lack of will power, diminished motivation, and emotional distress with the removal of a goal can be the reasons behind a negative relationship with food post-competition. Coping mechanisms and potential binge-eating tendencies may mirror the behaviors of an addictive eater, though these athletes are not truly chemically dependent. Those athletes who are truly “addicted” to food face a much larger problem that is difficult to resolve.

Over eating, binge eating, and addictive eating, although similar, reflect three different relationships with food. All of these can occur after a period of restricted dieting.

Normal eaters may experience periods of over-eating and indulgence post-diet, but are generally able to rein things back in when needed and are content with practicing moderation when it comes to food. However, a post-contest feast that goes overboard may trigger a cycle of binging and purging in someone susceptible to disordered eating, as they struggle with the emotions they are experiencing.

“For some athletes having a strategic plan is not enough to deter them from the negative physical and emotional effects that can occur after a competition diet.”

For the athlete suffering from a true food addiction, it can be all but impossible to regain control once it is lost post-diet, as the constant urge for the neurochemical release overrides good intentions.

Whether your food struggles are a result of a competition or a general fat-loss diet, if you are experiencing food anxiety, a negative relationship with food, or binge-eating tendencies, don’t hesitate to seek the aid of a professional. 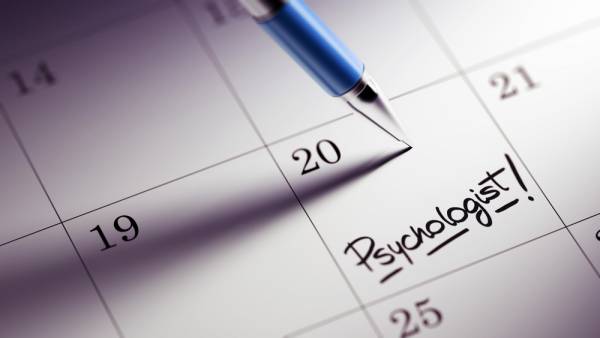 Never be afraid to reach out to a mental health professional for help.

For those suffering from true food addiction, it is thought that much like gaining control over other addictions, the sufferer must abstain completely from the food(s) that trigger the addiction. For most people this means a combination of refined sugars and artificially produced fats.5

In considering the cycles of binge eating some competitors display, this theory is potentially applicable as the athlete goes cold turkey from these foods during the pre-contest period, then upon introducing them post-contest, immediately begins to struggle with controlling their intake and repeats the cycle. Whether this cycle is an issue of will power, emotions, or true food addiction, it can lead to serious physical and mental consequences if not addressed and should be dealt with accordingly to avoid further complications.

Kallie is an expert in the psychology of sustainable fat loss. If you would like to work with Kalli and learn more about her nutritional methods, sign up for her new 12-week program.

Kalli is an entrepreneur, business owner, personal trainer, and among all other things fitness and lifestyle related, a national level figure competitor. Having recently graduated from the University of Saskatchewan’s business program and receiving her bachelor of marketing with great distinction to go along with her bachelor of psychology with distinction, she made the decision to continue to create and pursue a career she is passionate about and dedicate herself to growing her fitness coaching and nutrition consulting business, KY Fitness & Nutrition, originally founded in 2013 in order to supplement her university education and involve herself within the local health and fitness industry, in Saskatoon, Saskatchewan.

With a background as a competitive wrestler, competition and training have always been a part of Kalli’s life, and it was after being forced to retire from wrestling as a result of injury that she discovered the world of bodybuilding as a competitive outlet and has dedicated herself to achieving success in the figure division since 2013. After winning the overall title in her initial show and continuing on to place top five at the provincial level she has been completely hooked on training to be the best she can be, both physically as well as mentally, and aiding others in achieving their health and fitness goals. With this year’s competitive season coming to a close Kalli is extremely motivated by what she has accomplished in just her second year of competition, having placed second at the provincial level and going on to compete on the national stage with a physique she worked for without the guidance of a coach.

As a personal trainer, Kalli has made the decision to coach herself for each of her four shows, which has given her a great appreciation and insight into the characteristics and qualities needed to become a successful coach and has provided the opportunity to coach over a dozen bikini competitors in preparation for their first provincial level show this spring. Although continued growth and success in figure and competition is Kalli’s personal goal, her passion lies in working with clients with all goals and backgrounds in achieving their individual health and fitness endeavours and creating a sustainable, healthy, and balanced lifestyle to lead to continued success and longevity, specifically with focus on diet and nutrition.

In order to continue expanding on her knowledge and broadening her skill set, Kalli has recently supplemented her bodybuilding training and is focusing on a more functional style of training than in the past. This addition pushes her to focus on nutrition in a new light, eating not only for physique, but also for function, and further enables her to share her in depth knowledge of nutrition and diet not only on a bodybuilding basis, but also in terms of functional athletics.