Kalli is an entrepreneur, business owner, personal trainer, and among all other things fitness and lifestyle related, a national level figure competitor. Having recently graduated from the University of Saskatchewan’s business program and receiving her bachelor of marketing with great distinction to go along with her bachelor of psychology with distinction, she made the decision to continue to create and pursue a career she is passionate about and dedicate herself to growing her fitness coaching and nutrition consulting business, KY Fitness & Nutrition, originally founded in 2013 in order to supplement her university education and involve herself within the local health and fitness industry, in Saskatoon, Saskatchewan. With a background as a competitive wrestler, competition and training have always been a part of Kalli’s life, and it was after being forced to retire from wrestling as a result of injury that she discovered the world of bodybuilding as a competitive outlet and has dedicated herself to achieving success in the figure division since 2013. After winning the overall title in her initial show and continuing on to place top five at the provincial level she has been completely hooked on training to be the best she can be, both physically as well as mentally, and aiding others in achieving their health and fitness goals. With this year’s competitive season coming to a close Kalli is extremely motivated by what she has accomplished in just her second year of competition, having placed second at the provincial level and going on to compete on the national stage with a physique she worked for without the guidance of a coach. As a personal trainer, Kalli has made the decision to coach herself for each of her four shows, which has given her a great appreciation and insight into the characteristics and qualities needed to become a successful coach and has provided the opportunity to coach over a dozen bikini competitors in preparation for their first provincial level show this spring. Although continued growth and success in figure and competition is Kalli’s personal goal, her passion lies in working with clients with all goals and backgrounds in achieving their individual health and fitness endeavours and creating a sustainable, healthy, and balanced lifestyle to lead to continued success and longevity, specifically with focus on diet and nutrition. In order to continue expanding on her knowledge and broadening her skill set, Kalli has recently supplemented her bodybuilding training and is focusing on a more functional style of training than in the past. This addition pushes her to focus on nutrition in a new light, eating not only for physique, but also for function, and further enables her to share her in depth knowledge of nutrition and diet not only on a bodybuilding basis, but also in terms of functional athletics. For more information on Kalli, what she does, and how much she benches, check her out on Facebook and Instagram. 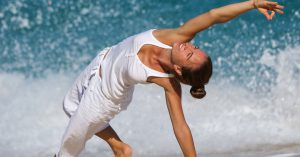 No matter the time of year, sticking to a structured nutritional plan can be a battle of the mind. But the battle can be even 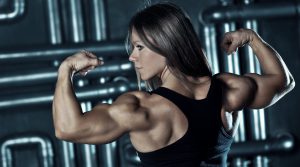 10 Questions to Consider Before Competing in Physique

Competing in your first physique competition is an exciting first step on a rewarding journey. But if you’re not careful, that journey can quickly turn 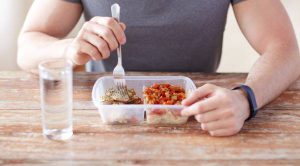 Save Hours and Dollars: Streamline Your Meal Prep

We’re all busy. We all know nutrition is more than 50 percent of the equation, but it can also be the most challenging part. If 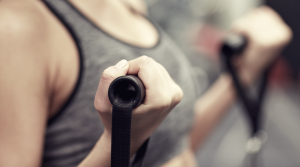 10 Things to Consider Before Your First Physique Competition

Competing in your first physique competition is an exciting first step on a rewarding journey. But if you’re not careful, that journey can quickly turn 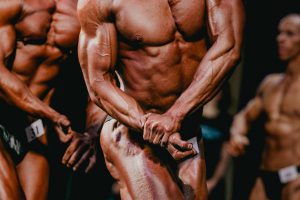 The popularity of physique sports continues to grow, largely as a result of the introduction of more attainable, less muscle-bound physiques reflected in the newer 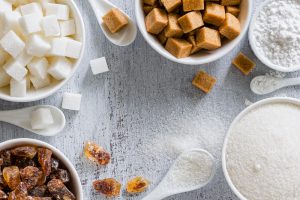 Why I’m Not Scared of Artificial Sweeteners

Cue the protestors! She advocates artificial sweeteners! Blasphemy! As a figure competitor, contest prep coach, and weight management specialist, I am open about my use 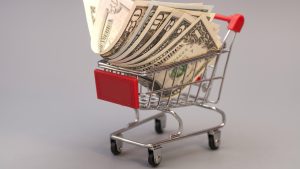 How to Save Time and Money on Groceries and Supplements

When it comes to sticking to a structured nutritional plan – whether for health, physique, performance, or all of the above – the two biggest 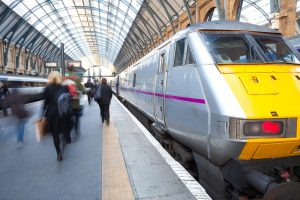 As I’m getting ready to fly out for a national figure competition in the next week, I thought this would be the perfect time to 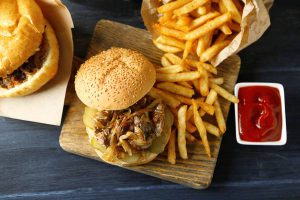 Your Addictive Personality Can Wreak Havoc on Your Diet

As physique and bodyweight based sports, such as bodybuilding and powerlifting, continue to grow in popularity, it’s becoming common to run into athletes who struggle 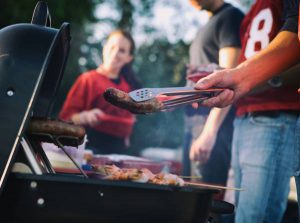 No matter the time of year, sticking to a structured nutritional plan can be a battle of the mind. But the battle can be even

It’s rare that practicing an extreme lifestyle of any kind doesn’t come with some negative repercussions. It is my experience that in sport and competition, 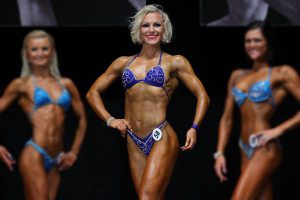 Why Your Diet Can Make You Bloated (Even With Good Nutrition)

As a contest prep coach and figure competitor, I’m seeing more and more competitors walk around in a constant state of bloat, as well as