Your Paleo Guide: Myths Versus Facts

The paleo diet may not be as healthy as you think. But don’t lose hope, we can still learn from our ancestors.

Having been a trainer for fifteen years, I’ve seen a few diet fads and trends. And while the paleo diet, which has been around in various forms as early as the 1970s, has been hugely successful, I’m going to come out and say what I think a lot of people have wanted to say for a long time – the “paleo” diet is BS.

The thinking goes like this: agriculture makes us chronically ill and is out of sync with our biology, so let’s abandon our current agricultural diet and eat like our ancestors did over 10,000 years ago and get healthy, right? Abandon grains, legumes, and dairy, and eat mainly meat, supplemented with vegetables, fruits, and some nuts and oils.

It’s myth-busting time. Archaeology, anthropology, evolutionary medicine, and science just don’t support what advocates of the diet tout. It has no basis in science at all. And it’s not even what we ate over 10,000 years ago.

We have no known anatomical, physiological, or even genetic adaptations for intensive meat consumption. But we do have adaptations for plant consumption. Carnivores make their own vitamin C. We can’t. We have to eat plants to obtain vitamin C. Our digestive tract is longer than carnivores because we take longer to digest our food, especially plant matter. As omnivores, we don’t even have the specialized teeth that carnivores have for shredding meat. In other words, while we can digest meat, our bodies have adapted more to a plant-based diet.

“Paleolithic people couldn’t be picky as meat would have been hard to find in some areas, if it could be found at all.”

If we did actually manage to catch and kill meat 10,000 years ago or manage to scavenge another animal’s kill, the meat would have been very lean with little juicy flesh on the animal, and we would have eaten the organs (offal) and marrow – the whole animal. We didn’t eat fattened domestic meat and nice prime cuts that can be found at the supermarket or the butchers. While many paleo advocates promote the eating of the whole animal, the reality is many followers don’t practice this and only eat juicy first-class cuts. Paleolithic people couldn’t be picky as meat would have been hard to find in some areas, if it could be found at all.

Stone-grinding tools from 30,000 years ago (a long time before the onset of agriculture, some 20,000 years ago) have been found from northeastern Europe to the central Mediterranean, like a mortar and pestle used to grind up seeds and grains. Measurements from the micro-fossilized tooth plaque or dental calculus of paleolithic people show grains including barley, legumes, and tubers. In fact, archaeologists found there was an abundance of plant remains. Other studies have shown consumption of leaves and bark, much like the diet of a chimpanzee. When was the last time you saw that on your paleo café menu? 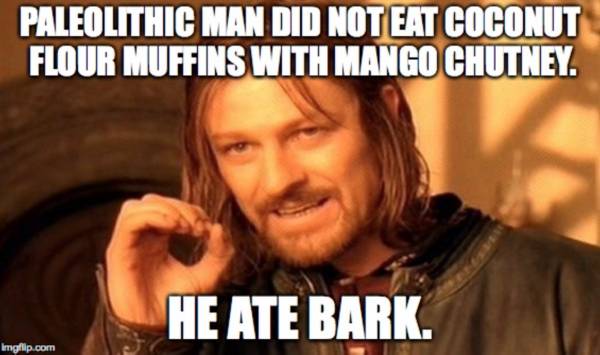 Interestingly, if you look at what the longest-living cultures on the planet eat (Okinawa, Japan; Loma Linda, California USA; Sardinia, Italy; Ikaria, Greece; Nicoya Peninsula, Costa Rica), you may be surprised to find it is not what modern “paleo diet” authors recommend. These cultures eat a diet that is 70-80% plant based, and includes legumes, grains and dairy.

Myth 3: Our Modern Foods Are What Our Ancestors Ate

Besides the fact we now know what our ancestors ate from the micro-fossilized remains in their teeth, every single food you see on every publication or book about the paleo diet is actually a domesticated food. They are all products of farming and agriculture and are the product of the Neolithic agricultural transition.

The foods you know currently are absolutely nothing like the wild foods of 10,000 years ago. In fact, you wouldn’t recognize those wild foods as being edible or palatable because since that time they have been altered genetically and bred to be more easily consumed, tastier, and without toxins. We have radically changed these foods through farming to suit our needs. So in other words it’s unattainable to eat like our ancestors did.

“It is simply impossible to even remotely eat like our ancestors in the world we live in today.”

When we go to the supermarket or eat out, we often don’t know where our food comes from. That healthy meal you enjoy from your local café or restaurant might have a variety of ingredients from around the world. These ingredients are often not local or in season-like what was eaten by paleolithic people. And the size of domestic vegetables and fruits are completely different to those in the wild. Most of the vegetables as we know them didn’t even exist. Most of our fruits and vegetables we currently know are actually human inventions.

Even when we look at olive oil, one of the top oils touted by the diet, which is the only natural vegetable oil that can be harvested without the use of synthetic chemicals, still needs pressing, a process we are aware of only existing for the last 5,000 or so years. It is simply impossible to even remotely eat like our ancestors in the world we live in today. 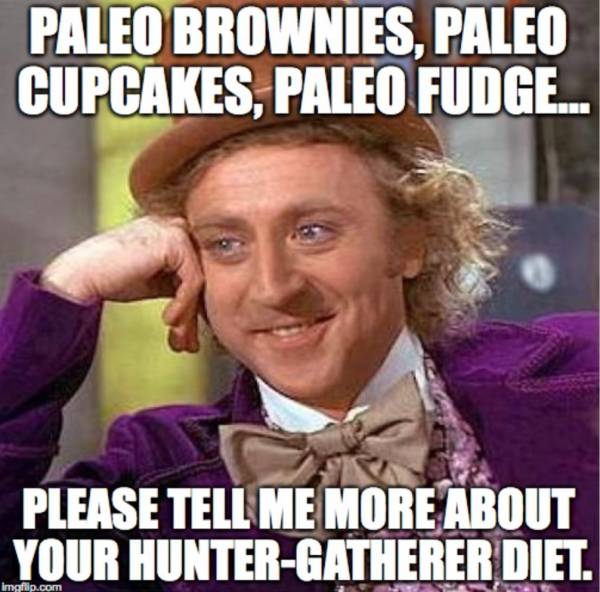 And don’t be fooled by gluten free, organic hipster junk food either. Junk food is still junk food and so many of our hipster healthy, gluten free and organic options are still very unhealthy for us and again they are nothing like what our ancestors ate. Do you really think our ancestors ate gluten free pizza, muffins, brownies and deserts?

Look at the Facts

The fact is there was no single paleo diet. There were many diets depending on the region a person lived in. You could only eat local food, and that food was seasonally and regionally variable. Then, after consuming all the resources in that area, you would have to move on to where there was more food. As a paleo man or woman, you had to move from one resource patch to another. Fish spawn at different times, herds migrate, and plants bear food at different times.

Paleolithic people would often travel long distances to find only small amounts of food, and a lot of it was tough, woody, and fibrous items that contained toxins (and some good stuff like phytochemicals, too). But the modern reality is that seven billion people cannot eat like foragers. So you can say that agriculture and farming are the devil, but we wouldn’t be alive without them.

“It’s not really because this style of eating is “paleo,” but simply because the people are eating healthier.”

So, when we look to evolutionary science we learn a great deal about the reality of the “paleo” diet, and thanks to that science there are some great take-aways we can use to improve our health.

What Can the Idea of Paleo Offer?

The biggest benefit I have seen from clients on forms of the paleo diet is the elimination of processed and junk foods, sugar, and refined salts and chemicals. As we get rid of these foods, we also often do away with the highest energy-dense foods. So, it’s no wonder making this change has resulted in enormous positive health benefits and weight loss for people. It’s not really because this style of eating is “paleo,” but simply because the people are eating healthier. 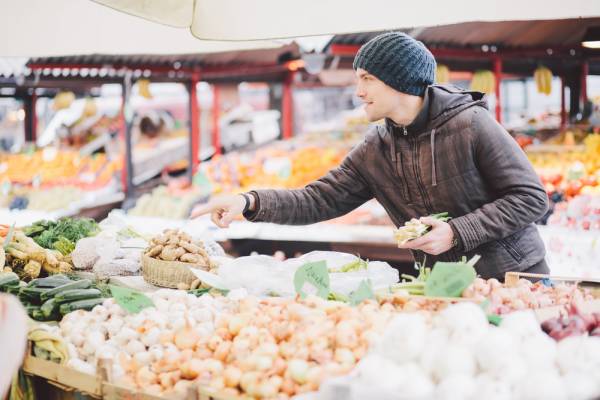 The elimination of grains, legumes, and dairy is a discussion for another time, but the form in which we often consume these – adulterated and processed – is a massive concern. There is no doubt from my own experience and from working with clients that for some people the elimination of these foods resulted in instantaneous health benefits. So is it the adulterated and processed state we consume these in? Or is it that these foods just aren’t good for some people? I’d say the answer is “yes” to both. It depends.

Followers of the paleo diet have become healthier by default – not necessarily by design. This is still a positive thing, but we need to stop calling eating healthier “paleo” and understand that we will never be able to eat like our ancestors did. What we term a “paleo” diet – according to our modernized, publicized version of abandoning grains, legumes, and dairy and instead, according to many advocates, eating mainly meat, supplemented with vegetables, fruits, some nuts, and oils, are not what our ancestors actually ate anyway.

“Followers of the paleo diet have become healthier by default – not necessarily by design.”

Don’t believe the hype. We need to start to listening to our bodies, thinking for ourselves, doing our own research, and looking at what the longest living cultures on our planet are eating – and also looking to our evolutionary scientists and what they can teach us about improving our nutritional health.