Surely life was over, my fitness would evaporate, and I would become morbidly obese by the end of the week (this seems to be the thinking whenever an athlete gets an injury). So the next day I went to get it checked out at a podiatrist I know whose partner is a runner. An ultrasound scan revealed a 17mm tear and inflammation in a tendon in my foot.

#2: Find a Professional You Can Work With

Find out what you can do rather than just what is off limits.

According to the podiatrist, I shouldn’t run for six weeks. Weight bearing was out, and even swimming was to be avoided (due to plantar flexing). Rather than focusing on what I couldn’t do, I asked him what I could do. There is an important difference between pain and damage. For example riding a bicycle in a carbon-soled shoe was painful, but according to the podiatrist, it wasn’t going to cause further damage. Riding up hills (additional stress on foot) was out, but flat riding was fine.

Would you just take painkillers for a broken arm or have it reset in place?

For most of the day I wear an air boot. One of the keys to healing is to make sure you don’t create a situation that will cause you to re-injure, meaning you don’t want to heal in a shortened state. This is an important one for things like Achilles injuries. Simply having a cortisone injection would mask the problem (pain), but would not allow for proper healing. The boot keeps the foot flexed, which means the tendon doesn’t heal in a shortened state. I also roll the foot on a hockey ball to facilitate blood flow. (Note: I also avoid anti-inflammatories due to the direct link to gut issues and COX-2 inhibitors.)

Check the fine print on events. Most major events will allow you to defer your entry if you have a medical reason.

I have a number of events coming up that I entered and paid for. Rather than panicking about missing them, I checked whether it was possible to defer my entry, what the deadline was for, and what the cancellation fee was. That way I knew how long I had to fix the problem and at what point I needed to decide it was a go or no go.

#5: Get Strict With Your Nutrition

Don’t work against your body. Don’t “distract” the healing by creating other problems for your body to deal with. Be stricter on an anti-inflammatory diet.

Most injuries cause inflammation. Inflammation can be a good thing as it martials the body to the fix the damaged area. However, if we are introducing additional inflammation into our body, then we slow the healing processes. My diet is pretty good, but after the injury I decided not to work against my body and instead focused on cutting out inflammatory foods even more. I focused on completely cutting out wheat (even hidden wheat in gravies, hamburgers, or crumbs) and refined sugars. I essentially followed a ketogenic diet. 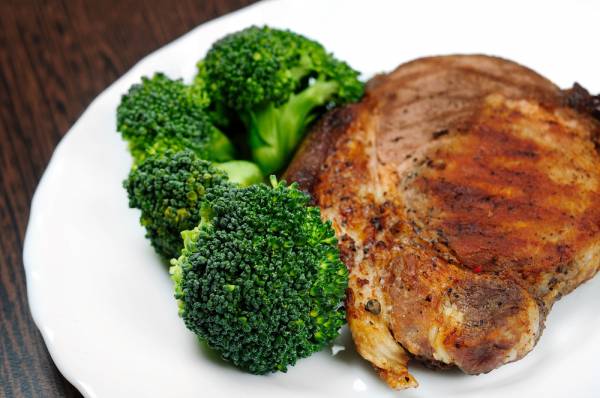 Look at supplements that can help you body recover from injury. Look specifically at the type of injury you are dealing with, e.g. tissue, bone, etc.

There are several supplements that can aid with healing. Colostrum and lactoferrin are two I use to help the body heal faster, as well as curcumin for pain relief and for dealing with inflammation.

Do what you can to get that heart pumping. Krank cycles, single-leg riding, whatever maintains or increases your fitness without loading the injured area.

Fitness can be simply broken down into two factors:

The blood’s ability to carry oxygen is measured by the red blood cell count (hematocrit). Studies, such as this one have shown that high intensity, anaerobic intervals cause an increase in red blood cell count even more efficiently than long boring miles.1 But surely you need to run or ride to do intervals, right? Enter the Krankcycle. The Krankcycle allows me to do high intensity intervals with zero impact on my foot. My protocol was thirty seconds hard, followed by three minutes of recovery, done ten times.

I also kept on top of my iron intake so as to not waste the intervals. The net result is my red blood cell count has gone from forty up to 44 in four weeks. To give context, professional cyclists aim for a count of fifty, often using artificial means to get there. So, in essence, I have actually become fitter while injured.

If like me, you have an injured leg, then work the uninjured leg. You will still get an increase in strength in the other leg and also reduce atrophy.

Obviously it is hard to do strength work for the legs without using the legs. Or is it? In a number of studies it was found that when working a single leg that growth was also shown in the other, unused leg.2 It wasn’t as much growth, but your body does like to try and balance itself. Single leg squats, leg extensions, and lunges can all be used to build and maintain strength, and at the same time develop hip and core stability.

Tools such as electrical nerve stimulation, isometrics, and aqua jogging can create muscle contractions without loading the injured area.

The TENS (transcutaneous electrical nerve stimulation) tool I use is made by Compex. These devices have come a long way since the old days of simply placing the electrodes on your chest and hitting a button. Modern units have variable levels and even specific programs. For example, the unit I use has an endurance program that uses shorter duration shocks. I use this to build strength, but also to fatigue my legs before a flat ride to solicit greater fiber recruitment. (It’s also good justification to keep shaving my legs. Pulling the electrodes off hairy legs is not a highlight of my day.)

As you can see, dealing with an injury is holistic. You should look at diet, look at alternate tools, and work with a professional. Trying to do this on your own is difficult and time consuming, especially with the amount of misinformation out there so this leads me to the final and most important point.

Your coach won’t (or shouldn’t) think you are soft but he or she should work with you.

2. P. Kanus, et al, “Effect of one-legged exercise on the strength, power and endurance of the contralateral leg,” European Journal of Applied Physiology and Occupational Physiology 64 (1992): 117-126.