Tom Kelso has spent a lifetime involved in college athletics, as an athlete and as a coach. He is also the man behind our new “Mature Athlete Workout of the Day.” Read on to learn about him.

EDITOR’S NOTE: Welcome to our newest feature – 12 Reps. In each appearance of 12 Reps, our coaches, writers, and occasional guests will be answering the same twelve questions each time. Go “into the locker-room” with them and get to know our coaches and writers a little bit better!

College is where I gained the most from one-on-one coaching. I was a (so-so) pole vaulter at The University of Iowa and the coach was Dave Nielsen, currently the Head Track and Field Coach at Idaho State and former coach of 2000 Olympic pole vault champion Stacy Dragila. Coach Nielsen was an accomplished Iowa pole vaulter and summersault long jumper (that technique was banned years ago!). He also had exceptional gymnastics ability which could be applied to the vault.

As a walk-on athlete under Coach Nielsen, I learned a heck of a lot, including:

Many, many coaches are deserving of admiration (Mark Asanovich, Dan Riley, Pat Summit, John Wooden, et. al.), but in my profession, my gut tells me this: Ken Mannie, Strength and Conditioning Coach at Michigan State University. Coach Mannie is one of the most intelligent, motivating, result-producing and organized people on the planet (and he’s compassionate as well!). I highly recommend you read his stuff, listen to his interviews, and talk to his athletes. You will be positively overwhelmed by him.

The ability to fly through the air a la Superman. No traffic jams, always a straight-line to your destination, no gasoline expense, expediency, and nature-assisted air conditioning.

I have two: Jesse Owens and Wladyslaw Kozakiewicz.

Wladyslaw Kozakiewicz. He epitomized grace under pressure and had one of the ultimate “in your face” moments in sports. After the Polish Pole vaulter secured the gold medal during the course of competition at the 1980 Moscow Olympics (NOTE: as the pro-Soviet crowd booed and hissed during his attempts), he gives the 80,000+ crowd a Polish arm gesture equivalent to the middle finger. And by the way, only minutes later he vaulted 18’-11.5” to set both the Olympic and world records. How about them apples!

I backed into coaching. During my post-college years and entry into the strength & fitness world, I became skeptical with the conventional approach to training. Even back then gray-area, dangerous, and rip-off stuff began to spring up. Where we truly using the proven science behind how we lifted weights, conditioned, improved skills, and provided 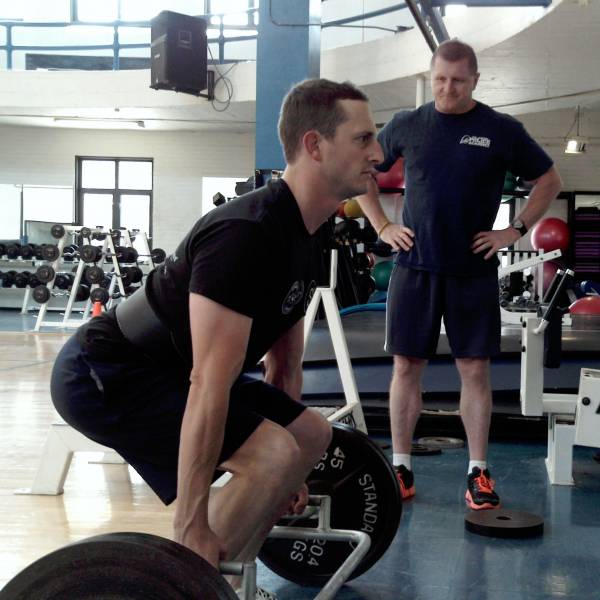 nutrients to our bodies, safely? Is it mostly commercially-driven or is it evidence-based? A by-product of my search for the truth was the need to lead others in the right direction with evidence-based information and sensible training plans as opposed to down the path of subjectivity, lies, and wasted efforts. This motivated me to get hands-on with people, and thus coaching became a priority. Have I pissed off a few people over the years? Absolutely I have. Someone needs to stand up for the truth.

The best part is the ability to help someone achieve their goals, being a “facilitator.” It is rewarding to be a positive part of their life in their pursuit to moving up from point A to point B. Hopefully this process can be a lesson for them later in life.

The hardest, without question, is two-fold:

1. All types of strength training: circuits, high and moderate repetition protocols, barbells, dumbbells, plate-load and selectorized machines, bodyweight exercises, etc. Know this: muscle is sexier than fat! It moves the body, so make it stronger. It elevates the heart rate, so tax them by working it hard. It provides “shape” and “tone” many desire, so create a demand on it through proper exercise.

2. The ultimate kick-butt device: The Versa Climber. Spend fifteen minutes tethered to it and you will be yearning for time on a treadmill, elliptical, or stationary bicycle. In P=plain English: it is brutal! Pant, pant, pant.

This is a toughie because even “good” foods in excess can become a problem: dairy products, red meat, eggs, high-glycemic fruits and vegetables, nuts, etc. But I think this question was geared to the low-nutritious, refined carbohydrates and tasty saturated fats. In that case, I vote for Girl Scout cookies and Gus’ Salsiccia Pretzels (a St. Louis tradition).

Number one has been helping my son grow up to be a fine young man. Nothing beats that. Number two has yet to happen. Yes, I have done this and that, but nothing ultra-significant. I am not a philanthropist, but I hope someday I will perform some significant act of altruism to better society. Stay tuned. 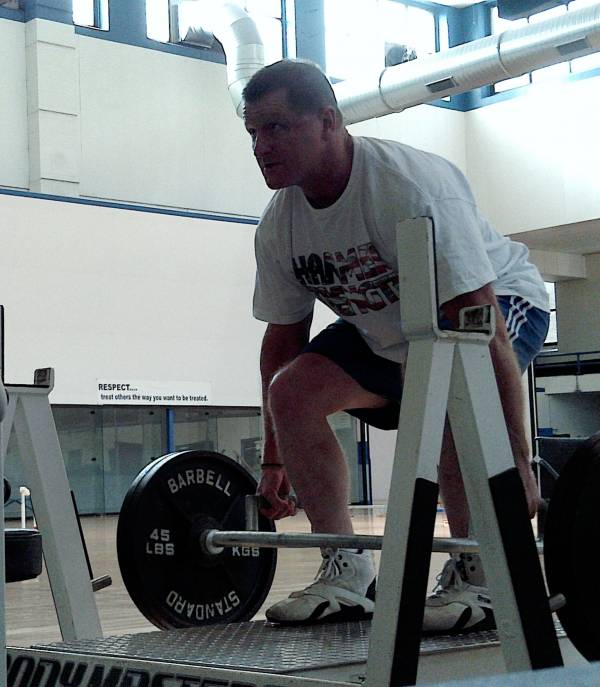 I am a veteran of the strength and fitness field. I have seen the good, bad, and ugly over the years. I know old-school methods and techniques still work to this day work (READ: time-proven exercises and hard work). I know people are trying to reinvent the wheel and develop their own niche in the field, but I scoff at things that are commercially driven and/or unproven by evidence-based research. Many are making their own facts up based on unsubstantiated proof and conjecture. It is a sad case since so many Americans are obese, out of shape, frail, and need those sorry scooters to get around.

The point: I am a no-nonsense, anti-fluff training advocate. I will steer you clear of all the hooey out there. I was never genetically-gifted, so I had to bust my butt for anything. I envied those who had natural ability, but exuded laziness and apathy yet still became successful. The average man and woman cannot succeed without working hard. I attempt to be the voice of sanity and reason for the common person so they do not waste their time and become disappointed.

“The pain of discipline or the pain of regret. Take your pick.”

Well, because I am a former “track guy,” there is a place in my heart for track and field athletes. They are the epitome of the rudimentary athletic expressions of running, jumping, and throwing…how fast, how high, and how far. However… 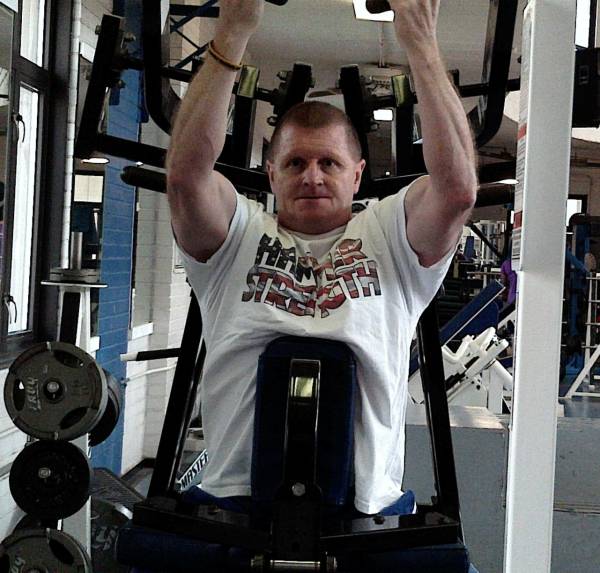 I love college and professional football. As strength and conditioning coach of college football athletes and an astute follower of the National Football League, I can attest to what they go through: weeks and weeks of off-season strength training, conditioning, organized practices, optional practices, position-specific work, and film study. All of this for only twelve (college) or sixteen (pros) three-hour periods per year! Think about it: imagine if your job security relied on less than twenty three-hour periods during the year. That is a lot of pressure. It is pretty much a once per week do or die event that can determine the fate of a scholarship, paycheck, coaching job, and post-season participation. That is awesome. Capitalism. Produce now or be gone.

Click here to do the Mature Athlete Workouts, for masters and boomers.