Would you ever just walk up to a barbell and attempt to lift it without knowing how much weight was on it? Would you just start swinging a kettlebell without counting your reps? So, why would you get on a rowing machine, or ergometer, and refuse to look at the monitor while you row?

You might laugh, but as a rowing and CrossFit coach I saw this happen on a daily basis. “I don’t want to know,” people would say. “It goes by faster when I don’t look,” they would offer.

Well, I would offer this: People who are overweight often think they eat “mostly good” because they pay no attention to the details in their diet. People who think they row adequately are also not paying attention to details. Both result in less than optimal outcomes and prolonged frustration. And both happen frequently in athletes who are otherwise meticulous about their health and fitness, and who are in a bit of denial.

Why? Because people have decided eating healthy isn’t fun. And people hate rowing. Trust me, I used to hate rowing; I understand. But, like most things in life, when you actually have an understanding of the how and why, it suddenly gets a lot easier, makes a lot more sense, and is a lot more fun.

Today I’m going to give you two numbers that are essential to your success in rowing. Combined with good rowing technique, these two numbers will take you from blind, aimless, and unproductive rowing, to rowing based around PRs, goal setting, and progress. 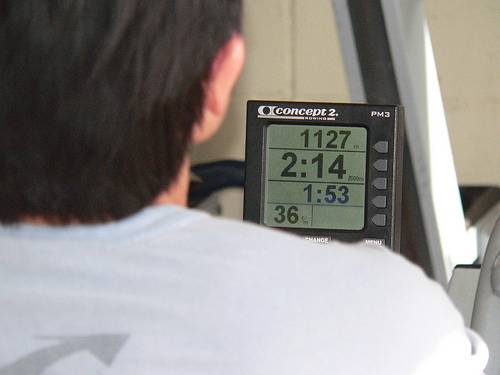 If you are using a Concept2 rowing machine then this is the number found in the bottom left corner on the main readout (pictured here). It is measured in strokes per minute (SPM). Essentially, this is how many times you go back and forth on the rower each minute. Most of the time in training this number should be somewhere between 18-30. In a competitive scenario stroke rate could be between 30-40spm.

What is important for the beginner rower (and even if you are an intermediate or advanced athlete, chances are you are a beginner rower) is to have intention and control when it comes to stroke rate. What happens when people refuse to look at their monitors when rowing is that their stroke rate is all over the map, with no discernable rhythm. For a second they are rowing 24spm, then 18spm, then 34spm. Would you run like that? Would you take four short steps, then two long steps, and then four medium steps? You’d likely fall on your face and it certainly isn’t efficient.

Goal: You should be able to get on a rower, have a coach say to you, “I want you to row at a 24,” and you can do it consistently and immediately because you know how that feels.

You probably know exactly which number the split time is on your monitor. The big one. It’s the big one because it’s pretty much the only one most beginner rowers care about. They might not be sure why, but they care deeply about this number.

The problem is most beginner rowers have as little control over this number as they do the stroke rate. From one stroke to the next their split time could vary five to ten seconds. Looking back at our running analogy, this would be the equivalent of sprinting for ten feet, then jogging for five feet, then fast-paced running for seven feet. Now put this together with your erratic stroke rate. If you saw yourself running down the street you’d think, “Who IS that crazy person?” 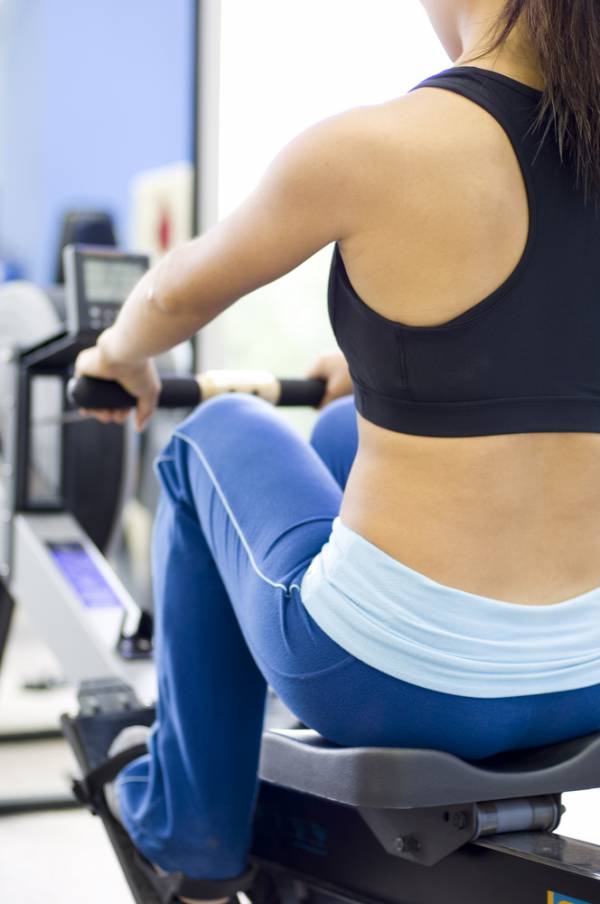 Now imagine you were able to keep a steady, controlled pace at all times on the rowing machine. Imagine you could sit down and say to yourself, “I’m going to pull a 2:00 split time,” and voila, it said 2:00 on the monitor. To have anything less than this ability is to waste time and energy on the rower. No competitive rower would dream of going into a race without a plan regarding their split times over the course of the race. No CrossFitter should go into a workout without thinking to themselves, “What split time should I row at to best optimize my workout and performance?”

Homework: Like the stroke rate homework, practice split times while ignoring all other factors. Practice holding a series of different split times that range from feeling like a light jog to feeling like a sprint. Hold them for thirty to sixty seconds each. Practice this regularly until you have the power to make split times happens.

Goal: You should be able to get on a rower and within a few strokes hit exactly the split time you desire.

Conversely, I can row any split time I want while keeping a 24spm the entire time. This is a great drill – hold a 24spm and for one minute each try rowing different split times. Focus on what you feel in your body at each split time. What is more tired? What are your lungs doing? Does one split time feel better than another? 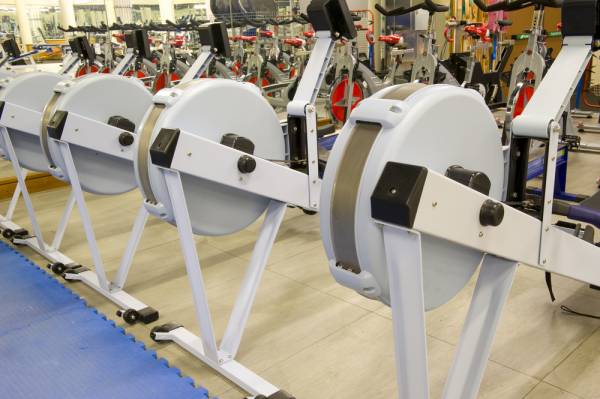 Stroke rates and split times should be things you have control over and you use to strategize your way through a rowing piece or a workout. If I am doing a CrossFit circuit workout that is heavy on strength in all the other elements aside from rowing, I might choose a high stroke rate to tax my lungs, but let my muscles recover. If I am rowing a 2000m for an indoor rowing competition I’m going to have a plan for my stroke rate and split time for each section of the 2000m so that I can know, if I hold to those numbers, that the math will result in a guaranteed PR for me.

The rowing monitor is not your enemy. In fact, if you master the tools of stroke rate and split time, the monitor will be assurance that you are on target for making progress and reaching your goals. So, stop ignoring it, stop rowing like a spaz, and take control over your workouts.