If you train in a sport where you weight matters – MMA, BJJ, or kickboxing – you want to get stronger, without adding an extra mass. Here is simple 3-day/week program you can easily integrate.

I can remember reading a book years ago, can’t even remember what it was, but in it the main characters were trying to solve a crime. One of the things that was explained was that often police work is all about ticking all the boxes and waiting for the “one thing” to show up. That one thing could be a phone call or a piece of clothing, but it was the vital piece of evidence that tied the case together. I think that many people look for the “one thing” when it comes to their training too. That one secret potion, pill, or exercise that will magically transform them from also-ran into champion, or from beefy to buff.

In any sport people will try to tell you that there’s one thing. John Wooden said it was to make free throws when you’re tired. In volleyball it’s not letting the ball hit the ground. When it comes to the actual sports performance side of the equation it may be possible to tie winning or losing down to a single thing. But when it comes to the gym and getting someone ready for competition, there is no one thing. Athletes need a blend of speed, strength, movement, injury resistance, and work capacity, and as a coach your job is to get it for them all at once.

All of the athletes I work with are involved in sports where it appears one thing will give them an advantage – their power to weight ratio. Heavier runners are like racecars with their brakes on. Heavier jumping athletes need to overcome increased resistance to jump as high. And heavier fighters may end up stronger but not enough so that the extra bodyweight makes any difference. In fact, in many cases I find people compete at a bodyweight lighter than they think is ideal, as they’re underpowered for their current weight.

But that’s not one thing. That’s actually two. The first step to making sure someone is at his or her ideal weight is dietary control. To me there is simply no excuse for an athlete to be near competition and not be visibly looking fit. When it comes to my own training, I often joke that when people start asking if I’m sick then it means I am close to race weight. The lighter I get the faster I go. The best source for diet information as far as I’m concerned is Precision Nutrition. Easy to use, makes sense, and is very sustainable – meaning that adherence to the plan is good.

Assuming that you’ve got diet under control and your body weight is close to optimal, then the next part of the problem is that if you want to be strong it would be normal to gain some weight from training. But in this case we’re after not gaining any weight at all, so most weight training plans are no good. 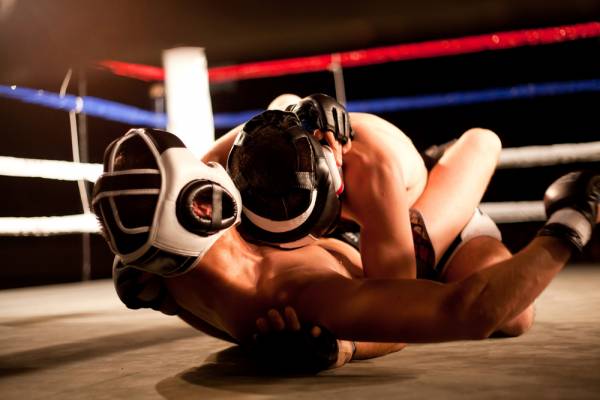 On a continuum of rep ranges you can essentially divide the types of adaptation you get into two areas – metabolic and neural. I’m going to really simplify this and just say that metabolic changes are those that make muscles bigger. Neural changes on the other hand are those that affect the muscle’s ability to contract more forcefully. If you think about your nervous system as an Internet connection, the goal of neural training is to turn your nervous system from a dial-up connection to a broadband cable. We want that information travelling as quickly as possible delivering a stronger message to the muscle.

In terms of how many reps does what, it’s easy to classify 1-3 reps as solely neural and 8+ as metabolic. That middle group – from 3-8 – tends to have some crossover between the two and is why rep schemes like 5×5 produce good gains in both size and strength. Hypertrophy tends to happen when the muscles are under tension for long periods of time. Look at classic hypertrophy schemes such as 3×10 or 4×6-8 and you’ll see that somewhere around the 25-30 rep mark is where we get muscle growth.

So, the first thing we need to think about when designing our power to weight program is that we want low reps: 1-3. We also want a low number of sets to keep our total reps for the session down so we don’t add any weight. Something like about ten total reps for an exercise with two to three exercises per session is going to work well.

There is one final trick I use to keep weight down with athletes – single leg work. Everyone knows barbell squats and deadlifts will add weight to the body. If you’re after mass gains that is a good thing, but if you’ve got someone who is right on the edge of their weight class then adding weight could create problems. Single leg work allows you to gain great amounts of strength while keeping weight low. Many will also argue that single leg exercise actually has greater transfer to sports performance, as many sports actions are performed in a split or single leg stance. I’ll leave that argument for another time as all we’re worried about right now is adding strength and minimizing bodyweight.

This may not seem like much but it’s on the assumption that your athlete is a serious fighter and is likely on the mat at least four times each week. Given that workload there’s no way to add in huge amounts of gym work and have him or her recover fully and gain from the training. Remember, adaptation/training effect is the product of both work and recovery. If you work a lot, you need to recover a lot. 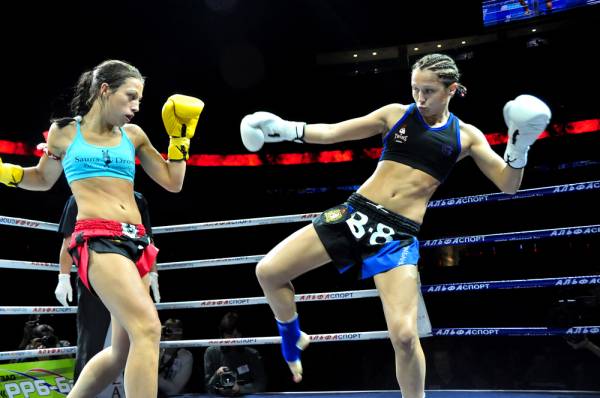 This plan is a two-day split, meaning you alternate day one and day two each time you train. Week one would see you perform day one, day two, and then day one again. Week two would be day two, day one and then day two again. You won’t need a fourth day each week.

Take as much time as needed between sets. One of the benefits of training on such a minimal plan is that you shouldn’t feel the need to rush to get everything done in an hour. These sets should be hard, near all out sets so you’ll need to take lots of rest – as much as five minutes or so between each effort. Don’t make the mistake of trying to turn your strength workout into a conditioning workout. Rest as much as you need to in order to lift heavy.

I’ll guarantee if you try this minimal, yet heavy routine for a few months you’ll be amazed at how much stronger you get. As you approach tournament time you’ll need to move away from the slow, heavy lifting and start to develop match-specific fitness, but for now focus on adding strength without size.