In an earlier article, I discussed Verkohshansky’s depth jumps and how his research was the starting point for modern-day plyometics. In this article I will describe the mechanisms of plyometrics. I’ll also tell you how to do a few relatively simple kettlebell swing exercises to elicit a plyometric response, and explain the benefits of these exercises.

In an earlier article, I discussed Verkohshansky’s depth jumps and how his research was the starting point for modern-day plyometics. In this article I will describe the mechanisms of plyometrics. I’ll also tell you how to do a few relatively simple kettlebell swing exercises to elicit a plyometric response, and explain the benefits of these exercises.

When you ask someone to jump, you will usually see the person bend down at the hips and then accelerate upward. There are two mechanisms why we take this little down-dip. They are known as the stretch reflex and the mechanical storage of kinetic energy. Both of these mechanisms improve our explosiveness and provide reason why plyometrics work so well.

When we land from jumping, we are activating the stretch reflex. The stretch reflex is the body’s involuntary response to muscles being stretched. It is elicited in the doctor’s office when the doctor taps on the tendon below the knee. The knee kicks outward involuntarily because of a feedback loop in the spinal cord. When we land from a jump, we activate this reflex (the dip down also activates this response but to a lesser extent).

We also store the kinetic energy when we land from a jump. Anthony Turner and Ian Jeffries described different theories for how we store this energy. There is an active debate about how much is stored in tendons and how much is stored in muscle fibers, and it’s actually an interesting debate. A simple way to think about it is that we are loading a spring when we land from a jump. If we jump again right away, then we can utilize the energy from this spring. 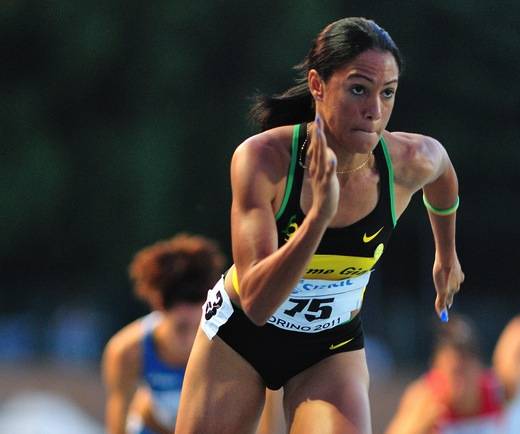 Depth jumps can be difficult for many athletes because they are complicated movements and increase the risk of injury. Teaching a good squat can be difficult, but a depth jump adds complication as the person has to land in a perfect squat position, absorb shock, and take off quickly. It is recommended that the person can handle squatting at least 1.5 times his or her bodyweight (with good form) before attempting depth jumps.

A less risky method would be to do Russian kettlebell swings with an emphasis on the downward (eccentric) portion. Instead of the weight of our body being absorbed as it is in depth jumps, we absorb the shock of the kettlebell when it switches directions. The more we force the kettlebell to come down, the greater the plyometric effect. In the lab, experienced kettlebell instructors like Pavel Tsatsouline and Brett Jones can make a 24kg kettlebell come back down with the force equivalent to three times their bodyweight.

An analogy often used to compare kettlebell swings and the deadlift is that swings are like a bullet being fired and a deadlift is like a rocket. When a bullet is fired, it receives all of its force from the initial explosion of gunpowder. A rocket receives continual propulsion from the engine. The main point of doing kettlebell swings is to train our explosive strength when we reverse force. The more force we have to reverse, the more strength we will gain.

Here is some additional reading to familiarize yourself with the concept of overspeed eccentric training: