How are the New Year resolutions going? Did you pick something too big or maybe need some baby-steps to get you to your goals? Here are 4 simple things you can change right now.

There is never a more perfect time to kick a bad habit than the start of a new year. As January draws to a close, the holidays are officially over and the Mayans proved to be wrong, for now. With those excuses off the table, many of us made resolutions to better ourselves throughout the New Year. Mostly we made promises to be healthier, happier, travel more, write a book, or any variation of a goal worth achieving in 365 days.

But those lists are often missing the most miniscule habits of your life that are actually hindering us from being that better version of our 2012 self. And, you may have even ditched those resolutions already. So here are four habits that you could still change right now – in fact, you’re probably doing three out of four of them as you read this.

If you’re one of the lucky ones with a cozy cubicle and a great view, you probably spend most of your time on your caboose. Of course when you think of a new year’s resolution, seldom do you consider “sitting less,” but you should. Making a point to become more mobile and active throughout your day could change the shape of your body. It won’t be drastic and it won’t be buns of steel, but it will certainly provide you some midday circulation that gets lost in that chair.

According to a recently published study, people who spent significant time sitting were at higher risk for diabetes, heart disease, or even death. There are zombies and terrorists taking over the world and now we have to worry about death by sitting.

With evolution came complacency and laziness. Everything is given to us and we hardly have to physically work for anything. While our ancestors battled for a moment’s peace, we barely have time to spare for a thirty minute cardio session. I don’t recommend quitting your job and becoming a park ranger but it would be beneficial to get moving. Any excuse you can find to walk, stand up, stretch, or avoid sitting will serve as a great benefit to you and your rear.

According to the American Optometric Association, forty percent of U.S. residents spend at least three hours a day on a computer or handheld device. We officially can no longer function without the advancement of technology or more specifically computers and smartphones. With the amount of hours we spend going between reading from our computers and then refocusing on real world dimensions, our eyes are working overtime to keep up with our habits.

Because of this constant refocusing and strain, Americans are visiting their optometrists complaining of blurred vision, fatigue, and neck strain. No, these aren’t signs of a hangover that ninety percent of people are found to experience. According to an article published in the Wall Street Journal, it’s a syndrome known as computer vision syndrome, or CVS. Add that to ass flattening syndrome as referenced above and you’ve got quite the problem. In other words, if the world reverted to fighting for shelter, safety, and food, you’d be chum and you probably wouldn’t see it coming. 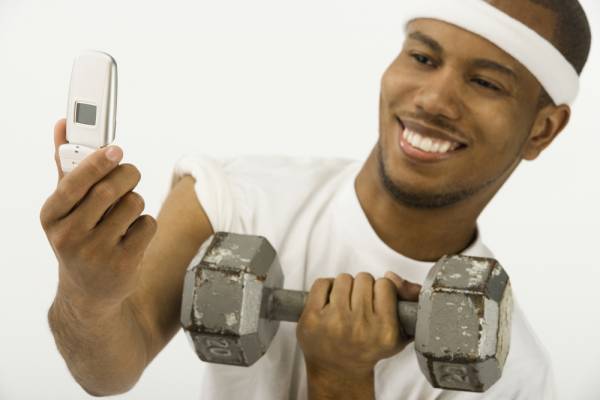 Like sitting, it’s not realistic to say you’re giving up technology. We live in a society where it’s no longer an option to live naturally and survive. What you can do is put the device down. I’ll admit I’m the first to reach for my Samsung Galaxy during a Real Housewives reunion and tweet my judging opinions of them. Eventually, though, there must be a time of day when you are disconnected from being overly connected. If you know the due date of Kim K’s baby, you need to E-tox.

Silencing your phone an hour before bed and grabbing a book will give your eyes a break from a screen and give your brain a chance to wind down. Instead of killing time on your phone, take it old school and remember what you did when you didn’t have an app for that. You waited. You people-watched. You cleaned your purse. You sat and enjoyed the silence. We may not be able to revert to our prehistoric habits but we can certainly take a break from our futuristic ones.

Our anatomy gave us these two wonderful things that aid us from the moment we wipe the sleep from our eyes to the moment we readjust our pillows at night: our hands. Animals have features like feelers or even their mouths that allow them to investigate what the hell they have discovered. I’m pretty excited we don’t have to taste everything we see, but we do use our hands much in the same way. With that we touch our food, our cell phones, our computers, our friends, our animals, and ourselves. Not like that.

I’m no germaphobe but I am aware of the germs around me and how little we pay attention to spreading them. Think about something as simple as your debit card. When is the last time you took a Lysol wipe and cleansed that thing? Exactly. Who the hell has time to clean their germ-laden debit card in times of economic downturn and red carpet season? It’s the little things we touch and share that are overlooked in the cleansing process.

It’s not necessarily you that’s the cesspit of disease – it’s everything and everyone else around you. During your day your body becomes a carrier for all the germs around you. Over time you build immunity to some that have little effect on your immune system, while others hit you like the bubonic plague. Unless you experience a horrific accident and lose the use of both of your hands, they’re not going anywhere. With that, take care of them and make sure you think twice before you touch an object of unknown origins.

We can thank Edward Bernays for the invention of a full, protein-packed breakfast. The public relations genius helped change the way Americans consumed their first meal of the day from a piece of bread to eggs, bacon, and a cup of Joe. Somewhere throughout the years, we turned breakfast into a sugary meal to sometimes non-existent. In that same time, dinner remained the focal meal of the day, but the unhealthier we made our meals, the bigger and greasier dinner became. 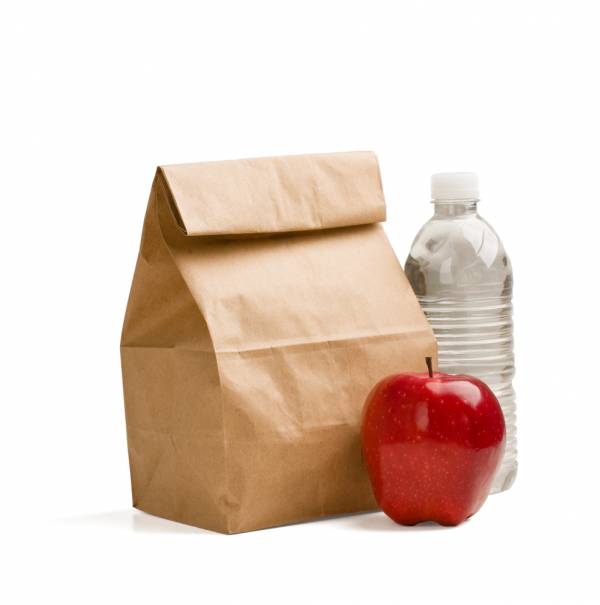 Experts argue that to lead a healthy diet, you should eat six meals a day. Three of those meals should be larger and two of them should be smaller or more of a snack. This concept is to help your metabolism boost itself in anticipation it will be getting more fuel very soon. The problem is a lot of people still skip breakfast, they binge at lunch, and binge again for dinner. With this type of diet, many people are only eating two, oversized meals in a twenty-four hour time span. What’s worse is that the two meals they are eating are very seldom nutrient packed and what your body is looking for in terms of fuel.

Whenever someone interested in changing their diet asks me how often I eat, they look at me like I’m sabotaging their attempt at weight loss. After the awkward stare they tend to comment, “I’m not hungry in the morning or even for any extra snacks.” The body is a magical thing that tends to adjust itself to what it’s used to. If your body hasn’t had a meal since 8:00pm yesterday and knows it won’t get another until 12:00pm today, it’s probably not going to waste its time sending you hunger pangs. Without a breakfast, it doesn’t even have the energy to send you those messages.

Teaching yourself how to eat or even how to be hungry for those meals won’t take long. The Internet is your friend and offers a bounty of websites that answer every question you could have about your diet. Just like you trained your body to wake up for work at 7:00am, you can train your body to be ready for a banana at 11:00am.

For some it’s a scary thing but you are in total control of your body. If you don’t know how to make the right decisions, you could be steering it down a path of destruction and diabetes. Instead of those giant resolutions and goals that seem impossible, and that maybe you’ve already given up on, start with adjusting a few small ones and get some momentum going. Putting down the cell phone, getting up from your desk and making smarter food choices just might be the little kick start you need in your 2013 health and fitness goals.