For some, going to bed earlier is easier said than done. What do you do if sleep escapes you on a regular basis? Here are tips for those who are struggling to find a natural way to get more shut-eye.

We’ve already discussed how important getting enough sleep is to our immune function, hormone production, and cognition. But for some people, just going to bed earlier is easier said than done. What do you do if sleep escapes you on a regular basis? Below are some tips for those of you who suffer from insomnia and are struggling to find a natural way to get more shut-eye.

1. Don’t do anything too strenuous too close to bedtime.

This can cause you to become too alert to fall asleep. So, don’t go do sprints thirty minutes before you are going to bed. You want to be as chill as possible in the two to three hours before you plan to hit the sack.

2. Don’t eat too close to bedtime.

I know this is hard for a lot of folks who have busy lives and try to cram work, social life, fitness, family, and everything else into 24 hours. But it can make it difficult to sleep when your tummy is full of food and can cause reflux problems as well.

3. Create a relaxing routine to signal your body you are going to bed.

Read a book, have some herbal tea, or do your foam rolling or stretching. Okay, foam rolling might actually be considered too painful to be relaxing but you get my point.

Seriously. Start giving yourself a bedtime and stick with it. You may have to gradually make your bedtime earlier, as nothing makes it harder to sleep than getting in bed before you’re even a little sleepy and then just staring at the ceiling worrying. Try going to bed ten to fifteen minutes earlier each night until you are getting an average of seven to nine hours per night.

5. Mimic natural sunlight exposure as much as possible.

Most of us spend a ton of time indoors. We don’t get outside into natural sunlight for hours as our ancestors did and when we do we’re usually covered up in clothing and sunscreen from tip to toe. If you live in a warm climate the summer months can mean temperatures that are extreme and it’s sometimes dangerous to get outside.

You may be asking yourself, “What does sunshine have to do with sleep, crazy woman?” Well, it turns out when we humans don’t get an adequate amount of sunlight all kinds of things get wonky. Besides the benefits of vitamin D production, which is involved in calcium metabolism and optimum immune function, our bodies produce more serotonin and melatonin when we’re exposed to sunlight. It’s been found that skin cells have receptors for both serotonin and melatonin and when we’re exposed to enough sunlight we tend to produce more serotonin. Serotonin is the neurotransmitter that improves mood and anxiety. People with seasonal affective disorder become depressed because of decreased sunlight exposure during the winter, which lowers serotonin levels. 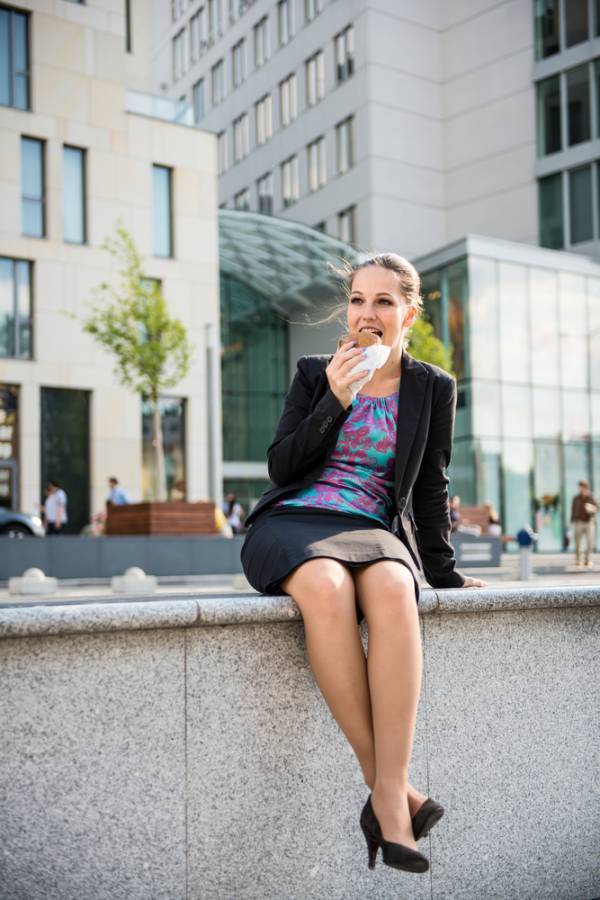 Most of us have probably heard of melatonin, but if not, it’s the hormone that induces sleepiness and is produced by the pineal gland. Guess what melatonin’s precursor is? Serotonin! So, if you’re not getting enough sunlight, not only are you probably feeling a little depressed, you probably aren’t producing as much melatonin as you should and probably aren’t sleeping very well.

Also, if you’re exposed to too much artificial, bright light after the natural setting of the sun then you aren’t allowing the pineal gland to produce melatonin because melatonin production is inhibited by bright light and induced by darkness. So, make sure you are getting some exposure to sunlight daily. If you can take your lunch break outdoors, fantastic. If you find that it’s nearly impossible to get outside during the day on a regular basis you might consider using full spectrum light bulbs that mimic natural sun exposure.

Also, consider downloading the Flux program onto your computer. The program naturally adjusts the lighting display on your computer to mimic a more natural light depending on the time of day. Oh, and keep your bedroom completely dark. No little electronic lights or alarm clock lights. No night-lights. Nada. “How do I make sure I wake up on time?” you ask? Well, ideally you would wake up without an alarm clock if you get into a good circadian rhythm and routine. However, if you are worried you’ll oversleep and your boss just won’t understand your attempt to adopt a more natural sleep-wake cycle try using a light based alarm clock.

6. If you are having trouble turning off your brain, try some valerian root. 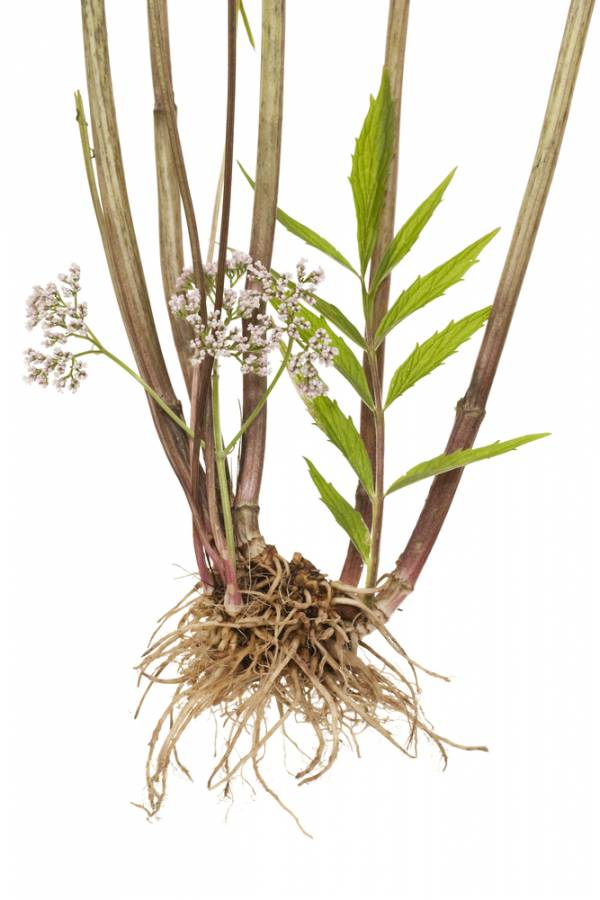 Valerian root, when taken at bedtime has been shown to improve sleep quality, reduce the time it takes to fall asleep, and reduce the number of times you wake up during the night. Valerian root aids sleep in two ways – it causes sedation and muscle relaxation. The sedation occurs due to valerian root’s ability to inhibit the enzymatic breakdown of GABA in the brain.

The liquid form of valerian root has appreciable amounts of GABA in it, so this also may cause sedation and muscle relaxation directly, although the bioavailability of this type of GABA is not certain. Effective doses range from 400-900mg per night. However, please don’t go nuts and take too much thinking more is better, or combine with drugs or alcohol, or use in conjunction with any prescription meds without clearing this with your doctor first.

7. If you are wide awake at night and dragging in the day, put some ginseng in your life. 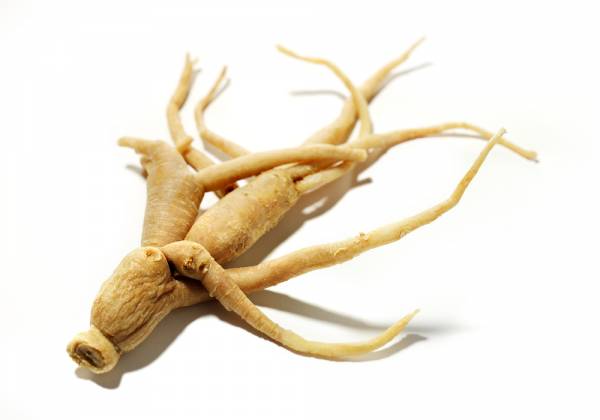 Ginseng is known as an adaptogen, a name given to certain plants and herb that help the body return to normal functioning. When you’re stressed, all H-E-double-hockey-sticks breaks loose and our sleep cycle gets disturbed. We’re up when we need to sleep and drooling on our desks at work. Ginseng can restore the sleep cycle by acting as a central nervous system depressant and increasing the amounts of circulating GABA at night. Voila. Better sleep. The recommended dose is 200-600 mg of ginseng extract for no more than three continuous months of use.

8. If anxiety and restlessness are the reasons for most of your insomnia, take kava kava.

The way in which kava kava works is not clear, but it is theorized that it also acts on GABA binding sites as well as benzodiazepine binding sites in the brain causing sedation and central muscular relaxant effects. The recommended dose is 180-210 mg of kava lactones at bedtime. 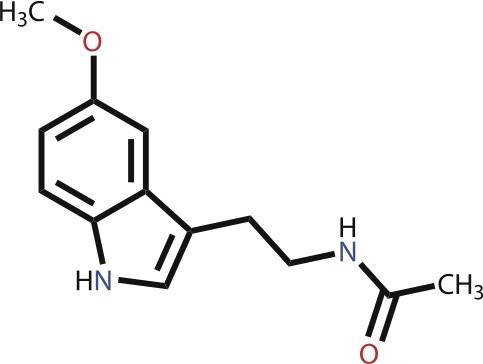 We already discussed melatonin but not it’s use as a supplement. Ideally, you would be making and secreting enough melatonin on your own, but if you are having trouble falling asleep or are suffering from jet lag or are a shift worker, then melatonin supplementation may be beneficial. It has been shown to improve the quality of sleep and aid in sleep onset. The recommended dosage is 0.3-5mg in the evening.

The above is by no means a complete list of all the sleep aids and methods known to man. They are just the safest, most natural options for which I have found to have enough scientific backing to make them worth mentioning.

In summary, getting adequate amounts of sleep is super important to your overall health and fitness goals. Insufficient sleep causes impaired glucose tolerance, increased hunger, cravings for sugar, salt, and carbs, impaired thyroid function, hampered immune system, and slowed cognition. In other words, it makes you fat, stupid, and much more likely to develop chronic and deadly diseases. Ain’t nobody got time for that!