A few months back we featured Erwan Le Corre, founder of MovNat, as our featured coach here at Breaking Muscle. Erwan’s passion for re-establishing healthy movement habits and building natural strength based on our innate human abilities is contagious. Or at least it was for me. After reading the interviews and following along with the workouts, I decided I would see if there was MovNat workshop nearby sometime in the future.

It just so happened that there was a workshop scheduled for that weekend in my hometown of Phoenix, Arizona. I didn’t really know what to expect, but I was excited to learn more about the MovNat approach. After I signed up, I received the Power and Agility Manual. Reading through it, I was immediately impressed with the structure and theory behind the MovNat program. Although MovNat is totally different from most fitness programs out there – you won’t read anything about a 1RM or sets/reps – it is highly structured and well thought-out.

Here are the 10 principles that underlie the MovNat approach:

Although I could definitely describe how each of these principles were at work during the workshop, that would require several articles. For now, here are five that stuck out and how we they manifested themselves in the workshop:

All of the fundamental MovNat movements are common to human beings, regardless of age, race, or gender. For this reason, the manual calls movement a “universal language.” This quality was immediately obvious at the workshop. Our group was small but diverse and included people from varying fitness levels and backgrounds, including cyclists, basketball players, runners, and everyday fitness enthusiasts and weekend warriors. It was amazing to see how each person was able to participate in the entire workshop, regardless of their level or background. That’s because all the movements we did were absolutely fundamental and basic. 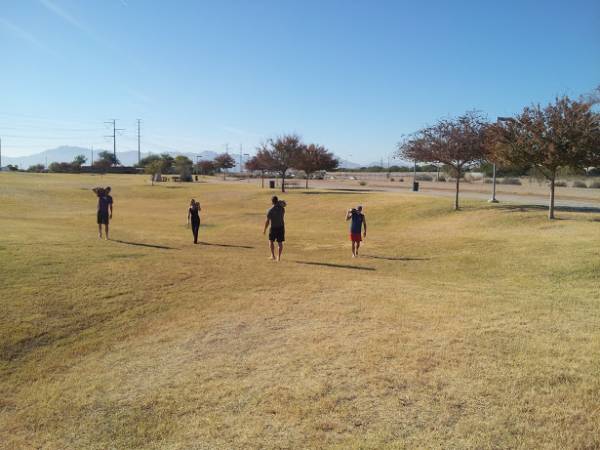 I have two children, so crawling is one of the first movements I think of when I hear the phrase ‘universal movement.’ In the MovNat system, the term crawling includes a wide range of movements that take place when the body is close to the ground or support surface and utilize a low center of gravity. For example, we started the day learning – or re-learning – how to crawl. We crawled forwards, backwards, on hands and knees, and on hands and feet. At the end of the workshop, we also learned the proper way to do a forward roll while minimizing impact and landing in an optimal figure four position.

The MovNat system encompasses a wide range of movements that are “practiced in order to acquire and maintain a near equalized, well-rounded skill set and conditioning level.” The Manual describes specialization as a “luxury” that human beings were able to pursue once basic survival fell off the top of the priority list. The skills or movement aptitudes practiced in MovNat form a base of movements that are fundamental to a variety of situations and contexts.

Nevertheless, that’s not to say that MovNat will not carry over to other sports. Pretty much every athlete could benefit from moving more efficiently and being able to perform the 13 MovNat movements efficiently. We practiced all of these skills at the workshop, with the exception of swimming, grappling, and striking. 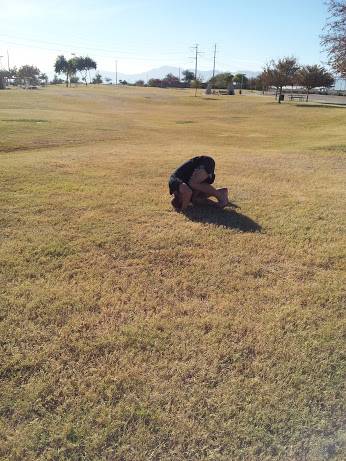 The 13 movement skills are:

Throughout the entire workshop, our instructor Jeff Kuhland emphasized the importance of movement efficiency. MovNat teaches specific ways to execute each movement skill in order to optimize efficiency. Rather than simply aiming to complete each movement, the idea is that you execute the movement with optimal efficiency in order to perform better, conserve energy, and minimize risk.

Jeff reminded us frequently of the three elements of movement efficiency: breathing/posture, tension/relaxation, and sequence/timing. The best example I can think of to illustrate is the elbow swing-up. The goal of the swing up is to get on top of a surface. To complete this movement, you start by using a leg swing to generate momentum and get onto the top of a surface (in our case, a playground structure). Once you’ve gotten your forearms onto the top of the surface, you quickly rotate the elbows inward while moving the forearms out, and simultaneously pull the rest of your body up while locking out the elbows. Then you can safely climb onto the top of the surface. It sounds complicated, but it’s really just what you see kids doing to climb on top of a play structure, countertop, bookshelf, etc. 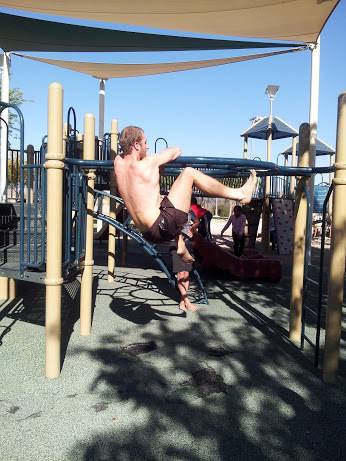 What was interesting about this portion of the workshop was that there were a couple really strong guys who could easily muscle up to the top of the structure with no problem. However, when it came to using the leg swing to generate the momentum they had a harder time. When executed properly, this movement should be effortless and uses much less energy than a muscle up, but the sequence/timing aspects aren’t necessarily second nature to those of us who are used to more specialized movements. There’s also a certain type of mindfulness involved that was reminiscent of my experience in dance – you have to be present and enter into the movement without overanalyzing it.

MovNat promotes cooperative training, which is different from simply ‘training together.‘ The Manual notes “Cooperative training is based on tangible interaction, communication, and synchronicity of physical actions and efforts among individuals.” While MovNat acknowledges that competition has a place in improving oneself, it also emphasizes the importance of cooperation in increasing strength and optimizing success.

One of my favorite portions of the workshop was the throwing/catching segment. Basically we ran (barefoot) out into a field and each grabbed a big rock. Then we ran back to our spot and practiced throwing the rocks back and forth. Jeff taught us a few different techniques, including the front swing throw and rotational swing throw. Then we practiced throwing the rock back and forth with a partner while running (barefoot) through a field. I wasn’t very good at this as I do ‘throw like a girl,’ but it was a lot of fun. My husband and I do this now when we’re out hiking with our kids and fortunately my throwing skills have improved. 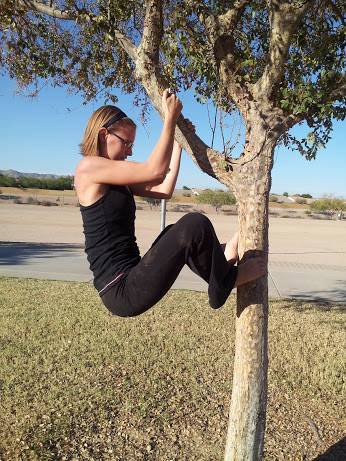 This is probably the first thing most people think of when they hear about MovNat, especially if they’ve seen Erwan’s “The Workout the World Forgot” video. The manual notes “Nature is the cradle where we have tested human natural movement abilities over millions of years of evolution. While it is fundamental that you learn to navigate your body through any environment, including indoor environments, it is especially important to learn to move your body through natural environments.”

At the workshop, Jeff encouraged us to move at our own pace in terms of removing shoes and being one with nature. Some of the participants showed up ready and rearing to go in their Vibrams. Others were obviously less comfortable with being barefoot, which was totally fine. Everyone moved at their own pace. We climbed trees, lifted and threw rocks, crawled in the grass, and climbed play structures. We spent the whole day outside and as time went on it was funny to see how much more comfortable we became with the discomforts of nature like walking on rocks and stepping in puddles.

If you missed Erwan’s four weeks of training programs, you can find them here, or read the interviews.

Interested in trying it out? Check out the schedule of upcoming workshops.