I’d encourage anyone looking to incorporate assistance and specialty exercises into their CrossFit programming to give IWT a try.

Several years ago while cruising Gym Jones’ website, I stumbled upon Pat O’Shea’s interval weight training (IWT) concept. The methodology he presented instantly resonated with me because it offered a viable solution to some of the programming issues I’d been struggling with in my CrossFit classes.

The Legend of Pat O’Shea

You may have never heard of Dr. Pat O’Shea, but take my word for it, he’s one tough guy. In 1976, O’Shea fell through a hidden crevasse on Mt. St. Helens and plummeted sixty feet to, what his companions thought, was a sure death. After several hours his rescuers descended into the void and found O’Shea buried under five feet of snow and unconscious. Fortunately, an air pocket had formed in his snow tomb and he survived to tell the tale.1

Dr. O’Shea’s survival has been largely attributed to his excellent physical fitness. Proving that he not only was a brilliant academic, but also someone who walked the walk. Although O’Shea has had many contributions to the field of strength and conditioning, today I’d like to focus on his interval weight training concept.

In 1987, Pat O’Shea published a comprehensive version of the IWT protocol in the NCSA journal.2 He described IWT as:

…a highly sophisticated and effective means of multi-variable cross-training to optimize performance in a wide variety of sports. Through the proper selection and manipulation of IWT intensity (load, intensity, volume, and frequency of training) an extremely high level of total athletic fitness can be achieved.

That’s a mouthful, eh? Allow me to offer a simpler way to look at IWT. I find it’s easier to understand if we treat it as a blueprint that can be used as a single-session programming template. Please keep in mind, I’ve taken some liberties with the original format of IWT, but have seen no noticeable loss in its effectiveness.

In my gym IWT training will always follow a three-session format: 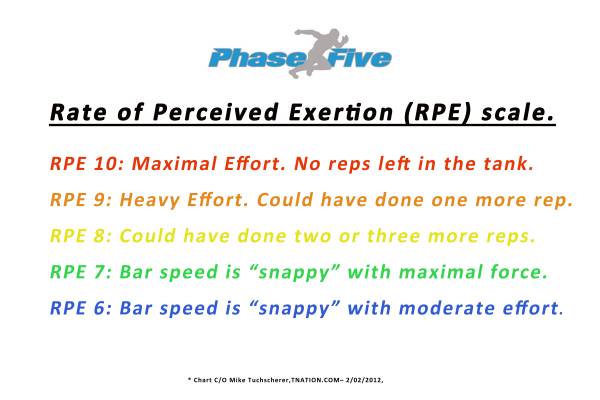 Now that you’ve seen a rough outline and gained a better understanding of how IWT works, let’s take a look at a sample session.

There are many excellent reasons for adding IWT to the programming mix. Let’s take a look at a few examples:

The untimed nature of the compound-lifting portion of the IWT allows an athlete to get sufficient reps to improve technique. This is done while avoiding some of the deleterious effects seen when these lifts are done for time.

In addition, the lifting component of both sessions A and B allows me, as a coach, to program certain derivative-lifts that I don’t think work well in metabolic conditioning-style CrossFit classes. These lifts include, but aren’t limited to, snatch-pulls, clean-pulls, bent over rows, Romanian deadlifts, elevated split-squats, and tempo squats.

The IWT’s one- to two-minute steady-state conditioning blocks allow clients’ efforts to be tracked through objective metrics such as calories on an erg, reps of double unders, or length of prowler pushes.

Another benefit of IWT is the rest sequences provided after the cardio element is complete. This element is integral as a risk-mitigation effort because it provides the athlete with time to recover, while simultaneously up-regulating creatine phosphate stores prior to attempting another lift.

Ultimately, the IWT conditioning format allows me greater control through manipulation of the variables needed to elicit adaptation in my clients. This stands in stark contrast to the for-time workouts that require the client to solve the organic riddle of “work” on their own. Honestly this, in itself, isn’t necessarily a bad thing. However, it can frequently result in different athletes receiving unintended stimuli. 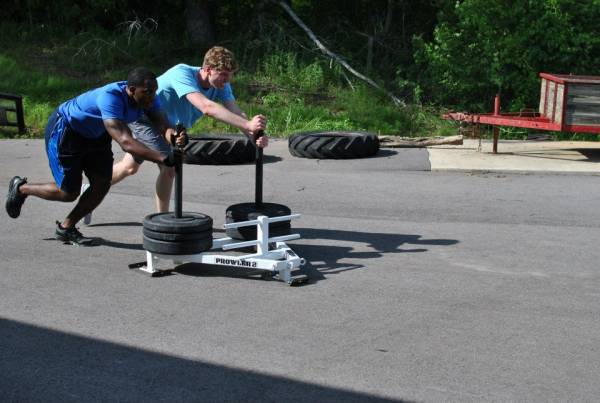 The third phase of IWT is often expressed in a controlled session focusing on one or multiple skills. I use this segment of IWT for a few different purposes.

The first of which is to allow the athlete to work on elements of CrossFit that I feel have a high potential for injury when attempted in a severely fatigued state. For example: high-rep toes to bar or handstand push ups.

Secondly, I can add unique conditioning movements that are beneficial, but that don’t work well in a timed CrossFit format. For example: sandbag get-ups or jackknives on rings.

Class Management With the IWT Structure

In a perfect world, the format of IWT should follow the aforementioned criteria. However, one of the best components of IWT is its ability to break up a large class into three different elements at once. This helps tremendously when equipment limitations are a factor.

The ability to break a 21-person class into three distinct portions allows for 100% participation and a seamless transition between sessions. The three to five minute break between each session assures that there will not be any equipment logjams.

From an antidotal standpoint, when I worked for the Department of Defense, the IWT became a staple of my two day-introduction course. The IWTs versatility of structure proved itself invaluable in that environment of constant flux.

At the end of the day, I’m always trying to help my clients improve and I think that the IWT is an effective way we achieve this outcome. I’d encourage anyone looking to incorporate assistance and specialty exercises into their CrossFit programming to give it a try.