A Study of Muscular Force and Athletic Performance

Getting stronger is important for any athlete, but developing a solid base in every plane of motion is the key to being at the top of your game.

Muscular force output has a huge impact on the exhibition of your sport skills, running speed, and strength displays.

I know what you’re thinking. “Duh.”

Pushing against the ground or floor in vertical force displays is a pretty simple endeavor. The greater the downward force, the greater potential upward force, all other factors being equal. But look at most sports and athletic skills. They rely on horizontal actions to excel. We are talking about moving forward and backward, side to side, and from point A to point B.

This creates a dilemma. How can you improve the horizontal force outputs necessary for optimal performance when the surface you are pushing against lies parallel to the intended movement direction?

Let’s look at a 2015 study published in The Journal of Strength and Conditioning Research that examined the relationship between vertical and horizontal muscle outputs on athletic performance.

“The exact practice of these horizontal forces is needed for optimal performance. That is, sport-specific agility drills and sprint-speed practice.“

In this study, the relationship between vertical and horizontal forces in double-leg and single-leg countermovement jumps, drop jumps, and squat jumps, as well as sprinting speed, and the muscle structure of the vastus lateralis (quadricep) and gastrocnemius (calf) were investigated.

The goal was to find the relationship between both double- and single-leg countermovement jumps, drop jumps, and squat jumps in horizontal and vertical planes and:

The subjects used in the study were experienced male rugby players with an average age of twenty years, bodyweight of 225lbs (102kg), and barbell squat 1RM of 401lbs (183kg).

Here is what the researchers found:

“[R]esearch suggests using a variety of training modes where the trainee pushes against the ground in both vertical and horizontal actions.“

Most conventional force-enhancing training centers on vertical force development, such as squatting and deadlifting. Those are fine ways to maximize muscle force output, generally. But because most sports and athletic endeavors require an optimal horizontal movement – such as forward-backward, lateral, and straight-line speed – research suggests using a variety of training modes where the trainee pushes against the ground in both vertical and horizontal actions. 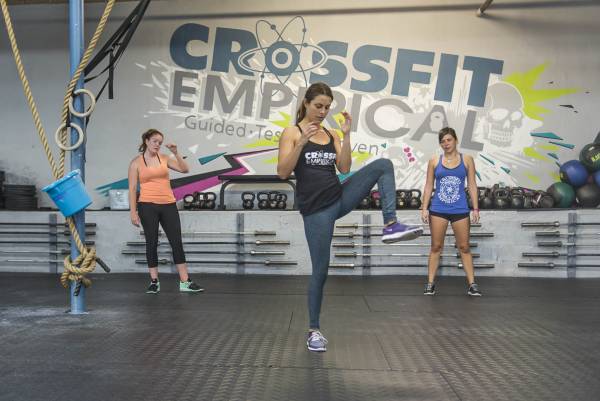 The exact practice of these horizontal forces is needed for optimal performance. That is, sport-specific agility drills and sprint-speed practice. Practice what you need to be good at what you need.

All of us face the same dilemma. How to maximize sport-related horizontal force when we have a surface (ground/floor) that exists (parallel) to the optimal position for applying it. So, if you haven’t already been doing it, the research says to get stronger with conventional strength exercise and incorporate drills that emphasize the improvement of horizontal force output.