What Is True Functional Training?

“One of the great concepts for people to understand is how to resist the frontal plane. This teaches how to brace and works the small stabilizers of the lateral chains.”

Let’s admit it, developing a saying that could reflect the major difference in the goals of functional versus bodybuilding programs was important, especially as a means of communicating with the general public. The problem was we started to oversimplify this statement in our coaching. Professionals began to see movement only in terms of the following patterns:

I’ll be the first to say you can develop a nice foundational program from this format, but this level of depth doesn’t really make functional training anything special. Not only do we end up missing important patterns of motion like stepping and rotation, but we also don’t take into account the various planes of motion and the combinations of movements that make up real life and sporting movement.

It is rare to find an everyday action that is purely a hinge, squat, push, or pull. Most everyday and sporting actions are combinations of several patterns as our body is moving in various directions.

The Way You Need to Move

In order to make this point more clearly I want to focus on how to apply this in one of the most misunderstood concepts – lateral or frontal plane strength and power. I can hear the moans and groans as you read those words. “Is he going to say I have to do a bunch of these boring lateral lunges? I already do those! Well, once in awhile.” 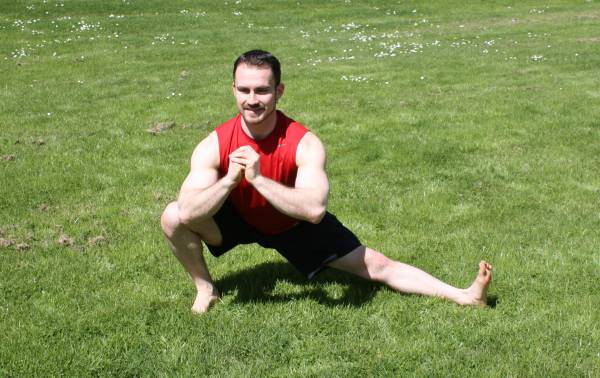 Even the strongest athletes can be humbled by simple movements in the lateral plane.

Before you jump ship and try to rationalize that deadlifting and squatting takes care of everything, let me tell you – it doesn’t. I was partly motivated to write this article after listening to a Tim Ferris podcast where he interviewed Dr. Peter Attia.

Mr. Ferris told the story of how he and Dr. Attia went to the gym and worked on lateral plane movements. Laughing at himself, Ferris admitted how humbled, weak, and exhausted even a little bit of training in the lateral plane made him.

I admire Ferris for being brave enough to admit something most of us won’t. We don’t really spend enough time on the things we should. Rather, we do the things we like.

Now, just because it makes you tired, doesn’t mean you have to go run out and do a bunch of lateral lunges, rather you do need commit serious time to lateral plane movements.

As Dr. Attia went on to explain, these movements help with our ankle, knee, and hip alignment. That means all that IT band pain you have could be because of this lateral instability. How about that power you don’t have? Yeah, could be the same problem, as well.

If you don’t like Dr. Attia’s view on this, how about world renowned expert Dr. Stuart McGill? In his legendary book Ultimate Back Fitness and Performance, Dr. McGill stated:

[R]etraining the gluteals cannot be performed with traditional squat exercises that utilize the barbell on the back….In contrast to the traditional squat, a one-legged squat activates the gluteus medius immediately to assist in the frontal plane drive necessary for leaping, running, etc.

Dr. McGill went on to lay out a specific strategy of retraining the frontal plane muscles, starting from ground-based and moving to a one-legged squat series for more advanced progressions. If you think about it, the value of the frontal plane explains why the side plank gets more attention from Dr. McGill than the front plank.

“If you follow these guidelines you will notice that you not only perform better and become more resilient, but you probably begin to live better. “

What happens to a lot of people when they consider adding something like frontal-plane based training to their program is that they casually put in a movement here or there without much thought about progression or purpose. So, let’s cover some guidelines that will allow you to benefit from lateral-based training.

If you follow these guidelines you will notice that you not only perform better and become more resilient, but you probably begin to live better. Dr. Attia referred to this, as well. You’ll see improvements in your actions of every day living – from gardening, to walking, to just things we want to do better as we age.

Josh Henkin is a CSCS and Master RKC with twenty years of experience. His innovative Dynamic Variable Resistance Training (DVRT™) has allowed him to present in more than 13 countries and publish in top outlets like Men’s Health and the Wall Street Journal. Josh has coached people of all backgrounds, including the U.S. Army Special Forces Recruiting Battalion and U.S. Marines. You can learn more about his programs at DVRTFitness.com.