Antifragility: Learn to Thrive Under Pressure

In my first article on choking, we discussed how overthinking gets in the way of ingrained movement patterns. An example of this is the baseball player throwing the ball in the dirt. When thinking stops, you are able to do what you know how to do so well.

The opposite type of choking occurs when too much anxiety clouds up the thought process. Panicking under pressure leads an athlete to ‘underthink.’

Anxiety can come in different forms. On one extreme, there is the cognitive anxiety that comes from excessive worry. A person with this kind of anxiety can’t stop worrying, and the worries jump from one thought to the next. For athletes, worry might come before an event as they imagine all the bad things that might happen.

On the other end of the anxiety spectrum is physiological anxiety that manifests in a panic attack. A panic attack is the flight-or-fight response that comes out of the blue. It is the feeling you get when you almost step on a snake or have a near-miss car accident. Your body is flooded with arousal hormones that lead to increased heart rate, sweating, and rapid breathing. Anxiety is necessary, as it guides us away from danger. But when you have too much anxiety in the wrong situations, it gets in the way.

In high-pressure situations when you panic, you have greater physiological anxiety. But you also have worry flooding your brain. This high level of arousal makes it difficult to process other information. You can no longer problem-solve and focus as you do when you are calm. Your mind is busy processing threat information and is not able to focus on the task at hand.

My friend Eric described a situation that would lead many people to panic. It was part of his training to become a U.S. Navy Seal. He was weighted down, blindfolded, and dropped to the bottom of the pool. He had scuba gear, but it was quickly ripped out of his mouth by the instructor, who then proceeded to tie the regulator hose into knots. During this time, Eric was without oxygen and being pushed into the bottom of the pool as the instructor did his work. When the instructor was finished, Eric had to retrieve his regulator and calmly untie the knots. If he were to panic in this situation, he would use more oxygen and fail the test.

The above example is often how it can feel in a competition when we panic. With panic, we can no longer focus. The hormones associated with panic tell us to fight or get out of the situation. In competition, we can’t run away. Fighting uncontrollably may work in some situations, but usually more nuanced thinking is needed.

The Navy Seal training above is a great example of how we can train people to be stronger in adverse situations. It might seem harsh, but being harsh in training helps people overcome the stress that occurs in real situations. Eric has often mentioned the following quote associated with Navy Seals: “Under pressure, you don’t rise to the occasion, you sink to the level of your training. That’s why we train so hard.”

Practically, you can apply these principles to your sport by training with pressure. Loud music and stimulants can lead to rises in arousal hormones. If performing in front of others is difficult, have people critique you with your worst fears. The important piece of this type of training is to stick with it. Do not escape or run away from pressure. Failing teaches you how to fail.

The best treatment for anxiety is to face the fear. My research is on anxiety, and the treatment always calls for people to do the opposite of what their anxiety tells them. The treatment starts off easy, but it ramps up until they are doing things that are much more extreme then what they fear. If they can do something more extreme, everyday life seems tamer. Over time, they become ‘inoculated’ to their anxiety symptoms.

To simulate anxious arousal, I often have patients take stimulants. For example, a man with social anxiety was afraid to talk to women. I had him take caffeine, asthma medication (so he would be out of breath), and run around the block (so he would be sweating). He then had to speak to five random females. By being able to do this under such high arousal, it made everything else he did seem easy. (Note: this was his final session and he had completed many steps beforehand.)

Many self-help books will prescribe cognitive restructuring or positive thinking. But in the moment of panic, it is difficult to think at all, let alone think rationally. This type of suggestion only works when you are calm. Another self-help idea is to visualize success. The fantasy success might feel great, but it really doesn’t help in the stressful moment. The one thing that seems to work is to practice with pressure. 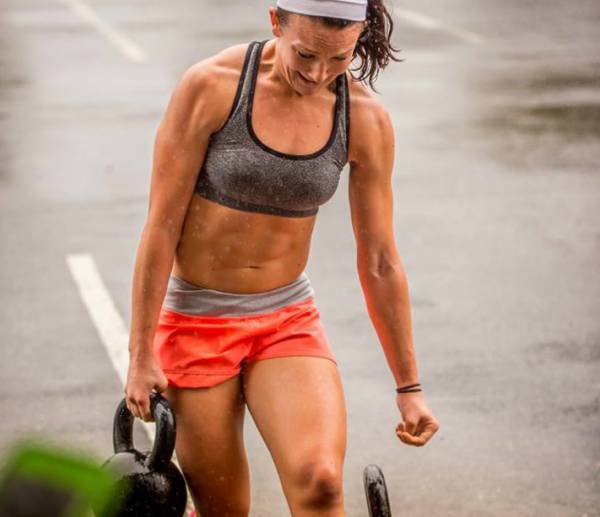 In these last two articles, we discussed panic and overthinking that occurs when people ‘choke’ in athletic competitions. Although the suggestions for getting past each type are slightly varied, there is a general theme. That theme is to build greater resiliency in training so competition seems easier than training. I like to think of this idea in terms of what Nassim Nicholas Taleb called ‘Antifragility.’

Antifragility is the opposite of fragility. We can think about fragility, resilience, and antifragility on a spectrum: