Although space flight is often perceived as exciting and glamorous, long space missions are actually isolating and dull. Astronauts are confined in close quarters with the same few people for months or even years at a time. Contact with earthbound family and friends is limited or non-existent, as is access to sunlight, fresh food, and many other pleasurable aspects of “normal” life.

Similar conditions are encountered at polar research stations, and indeed one mission of the European Space Agency’s Concordia research station in Antarctica is evaluation of human performance under isolation conditions. In the winter of 2011, the station crew focused on the impact of exercise, and what they learned might have benefit for the rest of us in our own versions of stressful situations.

The Concordia station is located at an elevation of 3,233 meters (10,600 feet), 950 km (590 miles) inland from the Antarctic coast. In winter, which lasts from February until November, the local mean temperature is -65?C (-85?F). There is no sunlight at all for about seven weeks, and no true sunrise for about three months. Because of the conditions, the station is not reachable at all in the winter, even in emergencies.

“In winter, which lasts from February until November, the local mean temperature is -65?C (-85?F). There is no sunlight at all for about seven weeks, and no true sunrise for about three months.”

Previous studies have found that both Antarctic winter crews and astronauts suffer from sleep disruption, interpersonal tension, and even mood disorders. In extreme cases, these conditions can jeopardize the safety and success of the mission. While some of the observed symptoms can be treated with drugs, non-drug interventions are preferable. 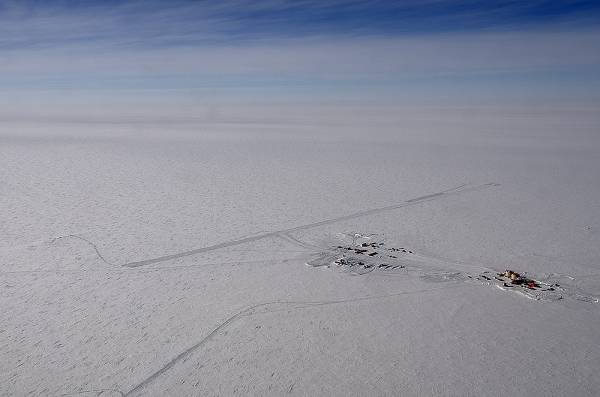 French-Italian research base Concordia Station at Dome C, one of the Antarctic Ice Sheet’s highest points.

Which is where exercise comes in. In the general population, exercise is known to improve mood, cognitive performance, and similar metrics. The study discussed here attempted to determine whether similar benefits are seen under the more extreme conditions of long-term isolation.1

All studies of this kind must deal with a significant challenge: bored, lonely, demotivated people are often not interested in completing arbitrary experimental protocols. They may not do well on cognitive tests simply because they don’t care, not because their cognitive functioning is actually impaired.

“All studies of this kind must deal with a significant challenge: bored, lonely, demotivated people are often not interested in completing arbitrary experimental protocols.”

Indeed, only eight of this study’s initial participants actually completed the full experimental protocol. The Lumosity tasks were chosen because they were seen as more engaging than standard psychological test instruments, and therefore more likely to inspire consistent effort by the participants.

Participants were told to continue their normal exercise routines, and could use the Concordia station gym whenever they wanted to. Based on self-reported exercise logs, four participants were classified as “active,” while four were “inactive.” Activity was measured in arbitrary “training load” units based on rate of perceived effort (RPE) times volume, an established metric for comparing activity levels across different types of activity. 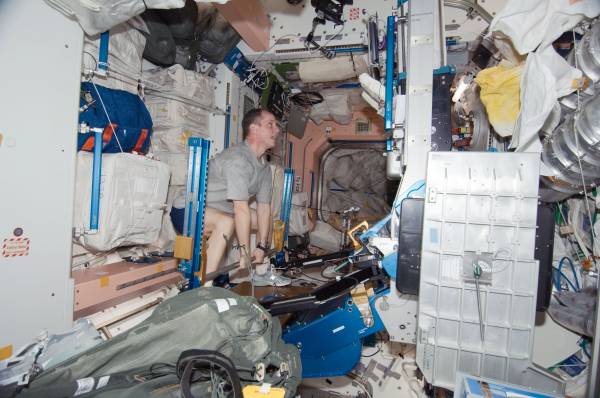 Accurate interpretation of EEG results is an active and unsettled research area. While some conditions – such as some seizure disorders – have characteristic EEG signatures, interpreting results from neurotypical populations is less straightforward. For example, signals in the alpha and beta frequency bands have frequently been seen as indicating relaxation and arousal, respectively. In several studies, though, including this one, the two signals have moved in parallel. The authors cautiously suggest that both alpha and beta activity should be seen as indicative of general cortical arousal.

“In the inactive study participants, both alpha and beta EEG signals rose at the beginning of the isolation period and stayed elevated for the duration of the study. Mood indicators, meanwhile, deteriorated.”

In the inactive study participants, both alpha and beta EEG signals rose at the beginning of the isolation period and stayed elevated for the duration of the study. Mood indicators, meanwhile, deteriorated. In the active group, in contrast, mood remained stable, while both alpha and beta activity drifted downward over the course of the study. These results suggest that the active group was able to reduce cortical arousal through adaption to their isolated circumstances. The inactive group, on the other hand, had no productive outlet for stress, leading to mood degradation. 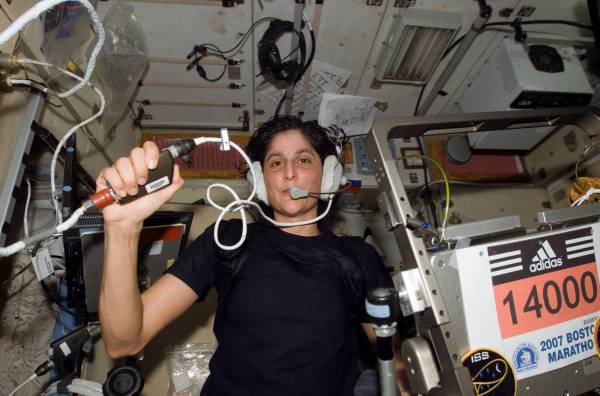 The researchers noted that the members of the active group followed fairly ambitious, self-directed programs. One member of the inactive group did exercise, but at low intensity, and did not see the same beneficial effects. They hypothesized that the active group benefitted from the perceived autonomy and sense of accomplishment associated with their exercise programs.

While previous studies have shown cognitive impairment after long-term isolation, the cognitive results in this study did not change. It was not clear whether this was due to the use of the Lumosity tasks versus more traditional tests or whether the makeup of the study participants might have affected these results.

Most of us will never experience an extended space mission or spend the winter in the Antarctic. For the rest of us, maybe the lesson is that exercise can help people tolerate even extremely stressful situations. Even if it’s 85 below and you won’t see the sun for two months, vigorous exercise is a way to take control of the situation.

Photo 3 by NASA via Wikimedia Commons.

Photo 4 by NASA via Wikimedia Commons.