Learning to Recognize the Signs of a Depressed Athlete

I see many athletes who start out eager and driven, but become disenchanted with the prospect of fitness and do just enough to get by. As coaches, it is our responsibility to notice this behavior.

I love the New Year. It’s like a giant, clean, fresh whiteboard, just waiting to be written upon. Many of us set goals or resolutions for how we are going to be better – better athletes, better parents, better spouses, better people. As I ponder this drive to be “better,” I wonder how that influences our general mental wellbeing as athletes and what implications it has for our relationships with ourselves, our coaches, and our families. I see many athletes who start out eager and driven, but over time they become disenchanted with the prospect of fitness and do just enough to get by. As coaches, it is our responsibility to notice this behavior.

In a study at San Jose State, psychology researchers examined the incidence of depression in female athletes. Their hypothesis was that despite the known mental health benefits of fitness and athletic participation, female athletes are at risk for depressive symptoms due to the number of extrinsic stressors they face. Extrinsic stressors are things that come from the outside world, as opposed to intrinsic factors, which comes from within an individual.

The San Jose study found that the female collegiate athlete is exposed to an increased number of stressors, including time demands, loss of autonomy, pressures of meeting expectations of their coaches and teammates, pleasing those around them, negotiating relationships, increased competition, and performance anxiety. In addition to identifying these stressors, the study also found weariness, feelings of self-doubt, being out of control, and having nowhere to go were common themes in the mental wellbeing of such athletes.

It is interesting that this study also found that women were two times more likely than men to suffer from depression. This may be due to an increased willingness to report it, but women also reported feeling more extrinsic stressors than men. In a separate study, men reported similar feelings of being out of control, leading to uncertainty and powerlessness to manage their depressive symptoms and their lives.

In this newest study, ten current and former collegiate female athletes were interviewed. One of the common themes found in these interviews was that being an athlete had become a significant part of the person’s identity. They also reported positive feelings related to camaraderie with their teammates and the ability to manage negative experiences through the outlet of athletic participation. However, the majority of the participants described experiencing weariness, exhaustion, and feelings of being overwhelmed. Furthermore, these athletes placed significant pressure on themselves while they were struggling with their depression, and reported feeling like there wasn’t room for mistake or injury. 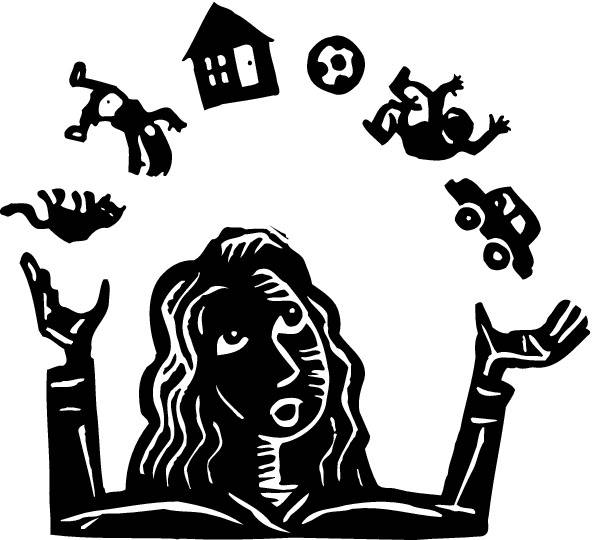 While those stressors are certainly valid in the collegiate athlete, they are also applicable to the average fitness buff. How many of us juggle work demands, expectations from our families and children, meeting expectations we set for ourselves, and negotiating meaningful relationships? When we are constantly working towards an “end” or trying to find the solution to a problem or conflict, while simultaneously balancing the demands of life, something will eventually bend and break.

Athlete or not, a depressive episode in any individual should never be discounted. Early identification, support, and intervention are vital to the athlete’s prognosis for recovery. This study also highlights the necessity for coaches to provide support and encouragement. Several athletes interviewed stated that they were hesitant to reach out to their coaches for fear of retribution or retaliation. In the gym, we may find that our clients are less inclined to reach out for fear of embarrassment or judgment, or maybe because they just flat out don’t feel comfortable or close enough to us as coaches.

This year, let’s all strive to not be better, but be good every day. Help your clients develop reasonable goals, praise them for their achievements, and encourage them when they fail. Recognize the signs of depression and listen with an open mind and an open heart. You just may find excellence in your gym that you didn’t even know was there.