Powerlifting-based programming is a popular way to train these days, which I think is totally awesome. It is skill-based, it laughs in the face of gender stereotypes in the gym, and it benefits from the frequent use of peanut butter and Metallica. I feel as though these are all good things.

Sometimes It’s Not a Good Fit

Let’s look at Dan, though. Dan is a forty-year-old accountant with no previous athletic experience. He presents with a lot of common movement compensations – hunched shoulders, knee collapse, and limited ankle mobility. Becoming a more skilled powerlifter is not one of his goals. He simply wants to get a little stronger, stay injury-free during his company’s spring softball season, and possibly lose some fat.

Dan begins working with a trainer who takes all of his workouts from Anabolic Planet and strongly believes that back squats cure everything from gait issues to posture to holes in the ozone layer. He insists on Dan learning the back squat – and four sessions in, Dan is in pain.

“Still, his trainer’s insistence convinces Dan that he should “suck it up” and “stop being such a pussy.””

Dan’s lower back is irritated, he is experiencing anterior knee pain, and even worse, he has been feeling too sore to play softball. Still, his trainer’s insistence convinces Dan that he should “suck it up” and “stop being such a pussy.” The injuries and fatigue pile up, his performance continues to decline, and cats around the world continue to be confused as to why humans speak about them in such pejorative terms.

So who is to blame for this training breakdown? Dan’s trainer? Dan, for listening to him? Anabolic Planet? Obama?

Let me ask you something – have you ever been in this position, whether working with a trainer or acting as your own coach? Do you train or have you trained through injury after injury due to a particular exercise? Have you ever gotten totally down on yourself because a popular exercise just doesn’t seem to fit for you while people around you are crushing huge numbers?

Let me ask you something else. Say you are in a relationship. Happy days have become so few and far between that you can’t even remember the last time you smiled at each other, let alone had sex. You simply grind through every day, miserable, wondering where things went wrong and why you continue to put each other through this. How long would you let this continue to go on? 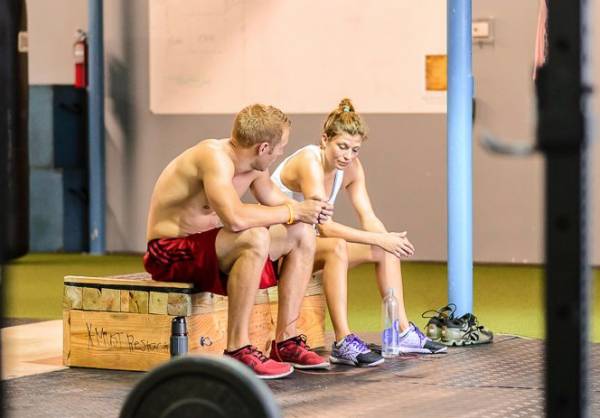 How about this: One night, after a fight, you decide to go out by yourself and blow off some steam. At the bar, you find yourself in a conversation with someone you find attractive, and it flows like nothing you’ve felt in a long time. You are totally engrossed. You feel excited and energized, grab that person’s number, and head home knowing exactly what you need to do to feel happy again. You both just need to end things and finally move on.

Don’t Be Afraid to Make a Change

So, Dan finally gives the middle finger to his trainer after he almost throws his back out during the third inning of their Sunday double-header. He talks to someone on his team who used to play baseball in college, and his friend tells him that their old strength coach had them do a lot of deadlifting variations and single-leg squat work. Dan is intrigued, so he makes a workout date with his friend to learn more.

“The most important thing I have learned in my young career is this – be married to the principle of strength, but never to the exercises.”

The next week, Dan starts his new routine. After taking some time off from all that heavy squatting, doing kettlebell deadlifts and split squats feel fantastic. The placement of the weight and the stretch through his joints that he experiences through the movement are comfortable, but still challenging. After a few months of consistent training using similar exercises, Dan’s strength soars. He progresses from the kettlebell to barbells for his deadlifts, and he starts experimenting with goblet squats to a box.

The best part? Dan dominates on the softball field. His big throw home to steal a run away from those bastards at Wompwomp Financial becomes an office legend, and his coworker, Tiffany, tells him how fit and healthy he looks. Dan has never felt better.

Marry the Principle, Not the Method

Of course, this is all an imagined scenario, but I do not think it is remotely uncommon. I have been there as a trainee, I have done it as a trainer, and I see people struggle with it every day. The most important thing I have learned in my young career is this – be married to the principle of strength, but never to the exercises. 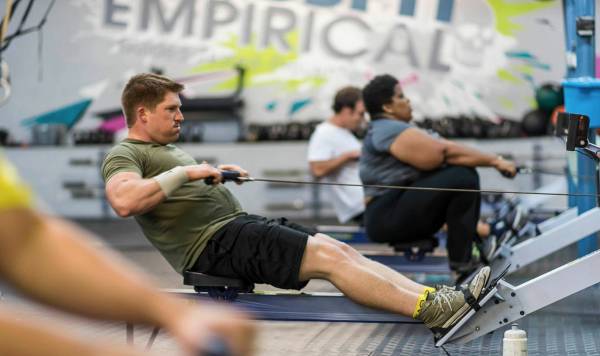 Think about it. If people were married to the principle of increasing strength rather than particular exercises, how many fewer injuries would we see? How many asinine Internet wars would be avoided? How much better would people feel, and how much more fun would exercise be?

If it is a priority to you, something like heavy back squats can be a longer-term goal, sure. But as my dad always tells me: “Futile is the man who spends his time pounding a square peg into a round hole.” Or as I like to say: “If something feels like shit, don’t do it.”

I don’t feel like this is a juvenile attitude to have, nor does it “make you a pussy.” Life is short and sometimes things just don’t fit. So, maybe it is best to work at something else until you have the pieces that do. And always be willing to ask, “What is the purpose?” Fit your training to you, not an idea.

As to methods there may be a million and then some, but principles are few. The man who grasps principles can successfully select his own methods. The man who tries methods, ignoring principles, is sure to have trouble.

My point is not an implication against program-based training or any particular lift. In fact, at the gym where I work, there is a major focus on powerlifting where our coaches produce some pretty badass squatters.

But when the principle is strength gain, there are many methods. The trick is finding the one that feels best to you.

Shannon holds an English degree from THE Ohio State University and is currently studying for her CSCS exam. Much of her fitness philosophy comes from her own decade-long trials and tribulations in weight loss and she holds deep beliefs regarding the use of sustainable practices in both training and nutrition.

When she isn’t moonlighting as a bartender (where she can make you a damn fine Old Fashioned), Shannon enjoys reading about the mind and muscles, lifting weights, and taking walks around her fine city (all while drinking a lot of coffee). You can find her on her blog, Shannon Khoury.