When I was growing up, failure presented itself as something pretty damn clear and public – you failed a test, you failed to do pull-ups in PE class. In the adult world, it was the same way – marriages failed if they wound up in divorce, your football team failed if they lost, you failed if you didn’t get that promotion at work. In figure competitions, failure was glaringly obvious – if the judges gave you first call outs you were a success. And if not, well, you failed. CrossFit has proven to be the same – you either lifted the weight successfully or you had a failed attempt. Period.

I’ve also realized that some failures can be private and hidden, like emotional and moral failures – for example, failing to understand another person, to do the right thing, to say what you mean, to listen or to understand another person. But whether failure is private or public, it’s still tied to this black-and-white, win-or-lose, pass-or-fail mentality. It’s taken me a long time to understand the nuances of success and failure, and to see how they often intertwine and overlap. What is failure to one person can be success to another, and much of what we consider success or failure isn’t a result of actually succeeding or failing, but only our reaction to the experience at hand.

Failure is defined as a lack of success, but it’s been said that in order to achieve anything, you have to be willing to fail. In essence, if you’re looking for the path to success, you have to be willing to take some wrong turns at first. And the sweetest victories always seem to be the ones that are the most difficult. In fact, it’s been my experience that the level of satisfaction in achievement is directly proportional to the level of hard work invested.

“Of all the things we are wrong about, this idea of error may well top the list. It is our meta-mistake: We are wrong about what it means to be wrong. We have a misconception of what failure is. We see it as being a shortcoming when in reality it’s merely a part of human experience, and a crucial form of experience at that. Far from being a sign of intellectual inferiority, the capacity to err is crucial to human cognition. It’s how we react to these experiences that defines them as failures – not the actual experiences themselves.”

When I was five, I took horseback riding lessons. The first time I was thrown, my mother made me get back on the horse. “You always get back on the horse that threw you,’ she said. “Otherwise you’ll never ride again.” That stuck with me, and perhaps it’s part of why I have no problem with failing. Failure is easy. I do it every day, probably in a million different ways. I have been doing it for years. I have more missed personal record (PR) attempts then I have PRs. I have dumped months of work and wasted whole years, I’m sure, doing bad programming and utilizing incorrect diet methods. I’ve placed poorly in just as many shows as I’ve placed well. And even when I am pointed the right way and am productive, training hard, and setting PRs or placing well in figure, I am still not satisfied by the results. I am always pushing for more. I think it’s an athlete’s nature to never be satisfied, and I happen to also have a perfectionist personality.

I have never been afraid of failing, although I have been afraid of what others would think of me if I did. But experience, trial and error, mistakes, shortcomings – these are the things that teach us, mold us, and make us better. Often times, I’ve found I learn more from doing things wrong than I do from doing things right. Unfortunately, the way society views failure and success has embedded in us a fear of failing – a fear so deeply rooted that it often prevents us from even trying. No one wants to be regarded as weak or incapable. No one likes feeling like they fall short all the time. 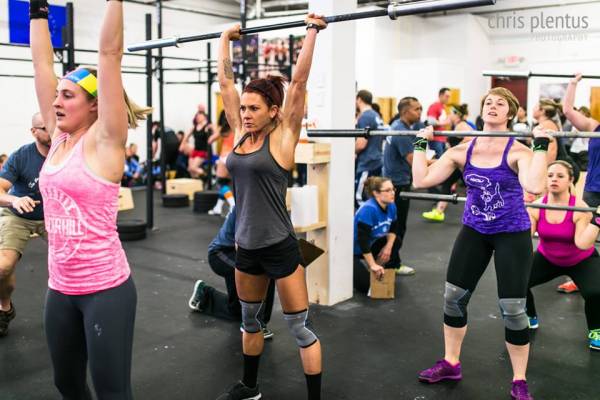 But consider your mindset when it comes to failure. Instead of seeing a result as being a failure or success, view it as an experience. A simple part of what it means to be alive. And be open to experience in all forms- both good and bad. Failure is an opportunity. It’s a chance to do things better, to get them right. It’s a chance to test yourself, push your limits. Failing has always made a fighter out of me – it has ensured that I go on pushing for a pro card, no matter how many naysayers I have. In fact, I think failure has been one of the best things for me. Not having had my pro card handed to me on a silver plate has really made me who I am. It led me into strength training and CrossFit and also into alternative ways of nutrition and programming.

You cannot let fear of failure prevent you from being who you are or doing what you love to do. One of the best ways to achieve mastery over failure is not to stay down, tap out, or surrender, but to come back up out of the mud swinging, ready for round two and then some. As my mother said, you have to “get back up on the horse that threw you.”

10 muscle up attempts – I’m so close, but I just cannot get myself over those damn rings!

10 minutes stepmill – I use this for booty lifting purposes, not really cardio.

Today’s Thought: “It was so risky and so scary and yet at the same time, so beautiful. Maybe the truth was it shouldn’t be easy to be amazing. Then everything would be. It’s the things you fight for and struggle with before earning that have the greatest worth. When something’s difficult to come by, you’ll do that much more to make sure it’s even harder, if not impossible, to lose.” – Sarah Dessen

Well known for being a Paleo and Christian athlete, she currently runs a successful online blog and contributes actively to several online websites such as The Athletic Build, Tabata Times, and Breaking Muscle.

As an innovative nutritionist, exercise specialist, and contest prep coach, Allison has been voted Best of Central PA’s Fitness Trainer the past five years in a row.Her personal passion ispaleo nutrition and primal training, which she has structured with special implementation for physique and elite athletes through her online website, Predator Diet.

Allison currently has trained nearly 300 clients both in person and through her focus in remote online distance training. She can be contacted for appearances, talks, seminars, training, and more by email, [email protected] or her website.