Athlete Journal: Andrew Read, Entry 20 – The Sun Is Coming Out

My body is feeling better, the weather is getting better, and my girlfriend bought me the most amazing Garmin watch. Life and training are good again.

Journal Entry 20 – The Sun Is Coming Out

I’m in love and I don’t care who knows it. She’s cute, dark, and she’ll do anything you ask.

Get your mind out of the gutter you pervs. I’m talking about my new Garmin 910XT that I was given by my super awesome girlfriend for my birthday. I’m not sure she actually bought it for any reason other than for me to be told in clear and concise detail exactly how much faster than me she runs, but whatever the reason I’m in love with this doodad.

I remember when GPS devices first came out. They were like old car phones used to be – big, clunky, possessing a limited battery life, and often plagued with problems. But this new generation of devices are reasonably small. While the 910 is fairly large in comparison to my watch, it’s still smaller than some of the massive big face watches I see regularly on people every day. The good thing about having a big face is the amount of information it can display.

For the last few months I’ve been training by feel essentially. I’ve been running with nasal breathing on the assumption that this method allows me to keep my heart rate in check and work according to the 180 Rule but I had no real way of measuring to make sure that I was working within the ranges I wanted to. Until this morning that is.

With all the problems I’ve been having with my calves running at the moment feels like Russian roulette. It seems like my body can cope for a week or two at a time, then something goes wrong and next thing I know I’ve torn one of my calves again and it’s another few weeks off running.

With this latest instalment of the soap opera that is my training (the life and times of a forty year old Ironman crash test dummy) I’m now pain free and working on a very cautious walk/run program to try to once and for all beat the problems I’ve been having. The last weeks have been expensive with over a thousand dollars having been spent on MRIs, doctors appointments, and injections, but if it means my body will function correctly again then as far as I am concerned it will have been money well spent.

This morning I started off with an easy walk for a few minutes – all, of course, already planned into my 910 as part of my warm up. This turned into sections of walking and running alternately for two minutes at a time. During these efforts I could track my heart rate, pace per kilometer, countdown of how much longer for each interval, how many intervals I’d done, and also my total distance for each interval as well as the whole effort. Never has such slow running been measured so much. 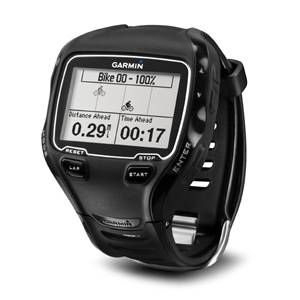 The first things I noticed were enough to make me grin from ear to ear. Firstly, the pace I had been running at with nasal breathing was definitely within my 140bpm cap. However, it was actually too easy. I had been running at about 10bpm slower than I could and found that when I upped my pace to the max 140bpm that was my target for aerobic work that I was easily holding five and a half minute kilometers. This is significant because at that pace I am on track to run a sub four-hour marathon. While my Ironman day is going to be made up of many smaller goals, the first and most important goal is to finish. One of the other goals is to run a sub four-hour marathon and I now have evidence for the first time that this is possible.

The second thing I noticed is that my calf is better, or at least pain free. That’s not necessarily so meaningful as I’ve had pain free calves post treatment recently and still suffered with them, but it means that at least the money I spent on having injections and scans was well spent. The treatment has more than halved the recovery time from a projected three to four weeks to nine days. As I said before, that’s money well spent.

With the weather here starting to come good, my body looking like it has been healed finally, and my new toy, I can honestly say I am as excited about this event as I was when I first proposed it at the start of the year. Real training for the Ironman begins for me in a week or two. It may seem like that is a long way away from the March event but it is only twenty-three weeks. I’m giving myself an extra three weeks because I know that I have a few events within that build period where I will be distracted from training fully, so I have added the time in to make sure that all key sessions are hit.

Now, if you’ll excuse me, the sun is shining and I’m going to get out the door and go for a short recovery ride before tomorrow’s four-hour festival of pain.