Well, the jet lag from traveling to and from Abu Dhabi hit me harder than I expected. It’s been just over a week at the time of this writing, and I’m still fighting to stay awake at crazy times like 10:00am and 8:00pm, and unable to get unconscious at night. It will pass, but for now, I’m flashing back to college and flashing forward to my dotage.

I took some time off training to give myself a break, both physically and mentally, before winding back up to prepare for the Mundial. The Mundial is the SuperBowl of Brazilian jiu jitsu tournaments and will take place in Long Beach, CA, May 31-June 3. Its official title is the World International Brazilian Jiu Jitsu Federation (IBJJF) Championship. “Mundial” means “world” or “worldwide” in Portuguese. So the people who win this tournament get to say they are world champions, and the competition for bragging rights is incredibly fierce.

I, and others preparing for the tournament, have just about five weeks to get ready. I have a game plan for optimizing my use of the available time; here’s what I’m going to be up to:

1. Dialing My Nutrition Back In

Of course, I do this because the alternative is to acknowledge I am weak in the face of sugar and processed carbs. That being said, it’s time for me to clean back up after a week or two of indulging in Middle Eastern and other types of treats. I usually go pretty paleo, because I find it helps me stay lean, perform better, and generally feel good, so I’ll cut out flour, as many sugars as possible, dairy, and instead focus on nuts, meat, veggies and fruit. I rarely eat rice or potatoes as a rule anyway, so it won’t be a hardship for me to continue to omit them.

2. Drilling Specific Movements Based On My Most Recent Matches

I replayed my matches from the Abu Dhabi World Pro in my head and made a list of things I did well and not so well. From that I have created a list of things to drill when I have the opportunity, from squaring off, to improving position, to finishing. So during regular training sessions at the academy, when we’re given time to work on our own moves, I’ll work on these, and I’ll try to find them when rolling.

3. Re-Striking a Balance Between S&C and Training

Before I moved to Virginia in September, I trained BJJ and did a strength-biased form of CrossFit, each once a day, five days a week. It was hard work, but I had it pretty much down to a science, where I knew exactly how much I could exert myself and still stay on this side of the line. My strength and conditioning (S&C) regimen has dropped way off in the six months I’ve been living in VA, because I’ve been focusing on two-a-days in the academy to sharpen my technique. 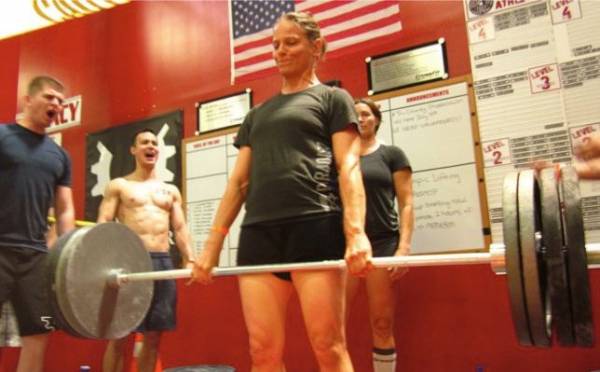 I noticed in my past couple of competitions that I feel okay vis-à-vis S&C, but I’d like to re-introduce a formal S&C program, for a couple of reasons. First, it’s helpful to me psychologically. If I can talk myself through some of the workouts and lifts, particularly ones that incorporate movements I’m bad at or dislike, then that makes me mentally stronger. Second, I know there is a benefit to me physically; while I haven’t been feeling bad in competition, I know I could feel actively better. And finally, it’s just fun!

Thus, my goal in the next five weeks is to slowly reintroduce S&C, which will require a careful balancing act with training. I won’t be able to do two-a-days of grappling AND an S&C session every day if I want to stay healthy. So that will require a bit of tinkering.

There you have my plan for the next five weeks. It’s my best thinking about how to prepare appropriately for the granddaddy of BJJ tournaments, and it incorporates guidance from my coaches, my own experience and understanding of what works best for me physically and psychologically, and gentle reminders from my loved ones about what’s realistic and what turns me into a nightmare to be around.