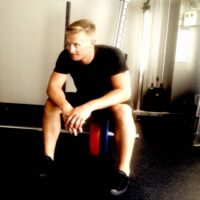 Dan Mahoney is a native of Boston and a former professional baseball player. He spent over four years pitching in the minor leagues with the New York Yankees and the Florida Marlins. Dan was drafted in the fourth round of the 2009 draft after two years pitching for the University of Connecticut.

After suffering an injury to his pitching elbow, Dan found his passion for fitness. During his rehabilitation he worked closely with the world’s best strength and conditioning coaches and sports trainers, and began his mission to learn as much as possible from the best and brightest in the industry. He is a RKC II as well as an Amazing 12 Coach. Dan continues to learn through interacting with experts around the world. He currently trains private clients, and is the in-house health and wellness manager for Boston-based startup.