Balance is My Breath: Competition, Goals, and Character

I have a felt a bit of guilt that what I want most is balance and happiness for my family. I am not the by-any-means-necessary athlete. But I am myself and I never have to compromise my character.

On Friday, Breaking Muscle posted an inspirational video called How Bad Do You Want It? The video is a collage of top athletes who are or were at the top of their field. The narrative of the video is beautiful and stirring. It’s a famous speech by the passionate motivational speaker, Eric Thomas, who was once a high school dropout and homeless, and who has clawed his way back to where he is presently finishing up his PhD in Education Administration. The speech, his most famous, provokes us to question what we want, really: Do you want your goals as badly as you want to breathe?

Before I was in the fitness world, I was a semiconductor broker for twenty years. I hustled business in a snake pit of an industry, fueled almost exclusively by the question: “How Badly Do You Want It?” That’s what drove sales, the mentality that you should want it more than the next guy. We listened to speeches like Eric Thomas’s all the time, from famous coaches to gut-checking motivational speakers. We were made to believe that you had no passion if you didn’t want that brass ring more than everyone and anything else. Our industry was not unlike most – or even different than the mentality of most individuals – in that the only meaning of success was one’s ability to obtain wealth and power.

And with that idea of success as the sole motivation, coupled with the pressure of the next guy getting it before you, one starts to consider cutting corners and blurring the lines between right and wrong. I watched broker after broker get so caught up in greed and success that their practices became unethical. The last company I worked for went out of business because the CFO embezzled sixteen million dollars. My other boss was then caught giving bribes to our largest customer, which went on for over a decade. They are both now being indicted and face up to twenty years in prison each. They wanted success above everything else, even above the law and a sense of fairness and good character. They are certainly paying the price now, but their families, including their young children, are paying for it more.

Watching the seemingly inspirational video on Friday, I couldn’t help but notice that some of the athletes featured had also blurred the lines of ethics. They had become consumed with power or they were driven too hard by wanting success more than breath. I was once a huge fan of both Lance Armstrong and Oscar Pistorious. I was enamored and inspired by their determination and work ethic, only to be crushed that their by-any-means-possible mentality drove them to become liars, cheats, and in the most extreme case, an alleged murderer. Having been a broker for so long, I’m not sure why this surprises me. I suppose I just held athletes in a much higher regard than the corporate slime bag. 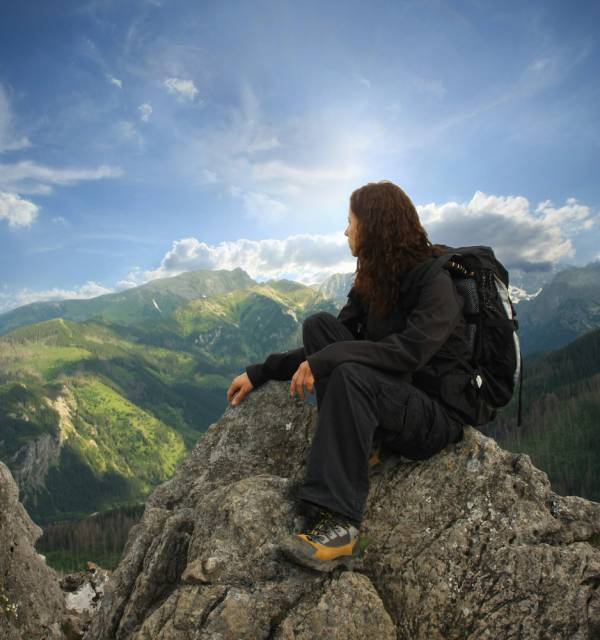 I’ve thought about Eric Thomas’s speech many times over the years, after first hearing it, and though the speech fires me up like it does most people, I can’t think of anything I want more than to breathe. I have felt a certain amount of guilt over that, like, my goals are flat and mundane. Even when I was a broker, I just wanted to provide a comfortable life for my family, nothing more. I didn’t want my kids to feel any of the stresses I did as a kid, and for that I’ve always worked very hard. The brass ring, however, never caused me to lose my breath.

I realize that what I fight for – what drives me most – is balance. I want stability and love and I want to provide those things, too. In the gym, I want steady progress even if that means slow progress. I want to keep a high quality of health. I want simplicity in a profound way. And every morning when I wake up, I fight hard for the equilibrium of hard work and play, of pushing my personal growth and inspiring others to grow, of honoring what I like to do best and giving everything I have to my family. This is what I want more than anything.

With that acknowledgement, one thing becomes not so different from the other. Within that equilibrium, nothing of my character is compromised, and it’s when I am most myself. Fighting for that balance, I realize that I don’t want it more than breath; it has simply become the same as breathing. The struggle and the race are gone. I just am. I can’t think of a better definition of success.

What you want badly does not have to be molded by anyone else’s definition of success. Not mine. Not your boss’s. Not the top athletes in the world. Passion is personal and can be as unique as you want it to be. The point is to find your own personal passion and be brave enough to live it. What is that for you? Please post to comments.