Be a Team Player: Understand Your BJJ Teammates

There are many faces of BJJ in each class you attend. Which one are you, and which one is your teammate?

I cannot think of a sport besides Brazilian jiu jitsu that brings so many different people together for the same reason. I’ve seen lawyers, doctors, teachers, men, and women all training on the mats. Look around at the faces you see at your gym. Do you understand why your teammates or students are there? If you understand why they started and what they want accomplish, it will help you become a better teammate.

The Importance of Team Chemistry

In Brazilian jiu jitsu (BJJ), you compete as an individual, but train as a team. Building a team starts with getting to know your students and understanding their motives.

In team sports, coaches strive to build chemistry – a term used to describe the bond or interaction each individual has on the team. A team with good chemistry is often able to beat other teams that look better on paper. In BJJ, the chemistry of a team is built by creating a training environment where students work together regardless of their reasons for training. Nothing destroys a training environment more than individuals who think they are more important than their teammates.

Below is a list of the most common reasons people start training. Do you see anyone you recognize? Understanding what drives a teammate to train is the first step to motivating him or her and fostering a fantastic group dynamic.

Competitors are drawn to BJJ because they want to compete. Maybe they were former athletes who want to keep the competitive nature alive. Other competitors may have started BJJ with no experience in other sports. Maybe they saw BJJ online or in the UFC, or have a friend who is training. More often than not, they are starting at an age that will allow them to keep up with the physical demands of training.

With both of these groups, the desire for competition is the common link. Competitors are the ones who push themselves and spend a lot of time outside of class drilling and conditioning. Having competitors in a gym is great because they bring exposure and apply new techniques from competition. Those new techniques can be used to expand the games of everyone else in the gym. But no one becomes a world champion without excellent training partners.

Competitors train with a high level of intensity all the time. The competitors in the gym can easily intimidate a student who is not a competitor. The role of the non-competitor is just as important as the competitor for team building. Non-competitors need to understand their role in helping competitors improve. Most competitors understand not everyone competes and are not out to prove a point. Push them and the whole team gets better.

If you are a competitor, it’s your responsibility to bring the level up for everyone on the mat. Push those around you to become better. This creates a nice team environment where everyone is trying to improve.

Face 2: The Student Who Wants to Sweat

Some students train just for the workout. Many of them tried other forms of exercise before, but they either got bored or stopped seeing results. These students want to come to class and burn off some calories in a fun way. BJJ does a great job in achieving that goal while also creating a sense of community.

Training in a group can help these types of students stick with the sport. The student knows if they don’t show up, other members are going to notice. I’ve seen students who start because of the support and end up competing in BJJ.

Every student on the team is important. Take time to reach out to a teammate who seems to be struggling to make it to class. Your teammates may be dealing with life issues that are getting in the way of training. Let them know you are there to support them if they need it. Sometimes that is all it takes.

BJJ has been called “human chess” for a reason. It is just as challenging mentally as it is physically. Some students are looking for mental stimulation. BJJ is so complex that even the smartest students will find it challenging. 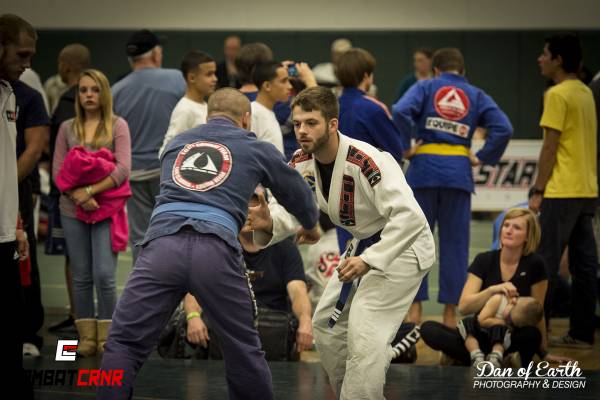 Take the armbar for example. A short, stocky person’s armbar is going to be slightly different than a taller person’s technique. The variations are limitless. The student looking for the mental challenge needs to think of each technique as a puzzle to get the most of his or her experience.

Use the creativity and intelligence of your teammates to solve any issues you may be experiencing in your game. Maybe they have a different way of doing an armbar or figured out a defense to the triangle that has been working for them. Share that information with others and the team will be stronger.

The self-defense aspect of BJJ is a big motivating factor. Maybe a person had an incident that required use of self-defense, or perhaps he or she wants to build confidence. Either way, many students look at BJJ as a form of self-defense. Not all academies offer training in self-defense techniques, but that doesn’t mean BJJ is not a good form of self defense. For example, the mount is great for control. On the flip side, learning to escape the mount is an important piece in any self-defense program.

Learning how to control and escape positions is also beneficial to these students. BJJ is one of the few martial arts you can train full speed. I can’t think of a better way to practice your technique than in a position where someone is trying to resist.

Training in specific self-defense scenarios develops the team. Often you will hear other students motivating and pushing each other during this type of drilling. Controlling good positions and escaping bad ones is an overlooked aspect of BJJ. A new student who is forced to play on the bottom of side control will quickly learn strength is not the answer. You can take your best competitors, tire them out, and ask a new student to hold them in side control, and the new student will cause some problems. The new student learns how to control, and the more advanced student learns how to escape. Both people benefit, as does the team.

BJJ is a diverse sport. Taking the time to understand why your students and teammates are there is a key factor in building team chemistry that allows each individual to achieve what is seemingly impossible. Building a team isn’t just about the competitors. It’s about each individual who contributes to the overall goal of the academy. No matter where you train, the goal of a good BJJ academy is the same – to teach its students. That is not possible without a strong team.