Many people today are uncentered in their lives – out of shape, stressed out, and/or lacking a sense of where they fit within the universe. Others are already fit, but want to cross-train in a different modality or want to master a challenging skillset. Some watch movie superheroes and dream one day of moving like Bruce Lee or fighting like Batman. Training in the martial arts can be an answer for all these people, so a key question for the martial arts beginner is: out of all the various martial arts available, how to choose which martial art to train in? If you currently train in a martial art and a beginner asks you, which art would you suggest? This article seeks to address both of these questions.

One way to pick which martial art to train in is to find a friend or someone who practices martial arts and ask for advice. Many older martial arts practitioners in the U.S. picked their art based on what was on TV or available at the corner dojo, so it is likely they took up karate, tae kwon do, or “ninjutsu.” These days, the modern martial arts are popular, such as Thai boxing, and Brazilian jiu-jitsu. Truth is, there are a lot of different martial arts available. For example, here is a very brief, non-comprehensive list of some of the many different martial arts styles and traditions available, roughly grouped by general origin of the art, age, and sport focus:

However, no matter the art, if you ask a current martial arts practitioner for advice, it is likely they will just suggest whatever art they are currently practicing.

But is this the best advice?

Humans are funny creatures, and martial arts in particular tweak strong “group cohesion” bonds within the practitioners of the different martial arts styles.1 The strength of those bonds is often so great that inventive justifications for why that particular martial art is the one and only art the petitioner should practice are often made with high confidence. 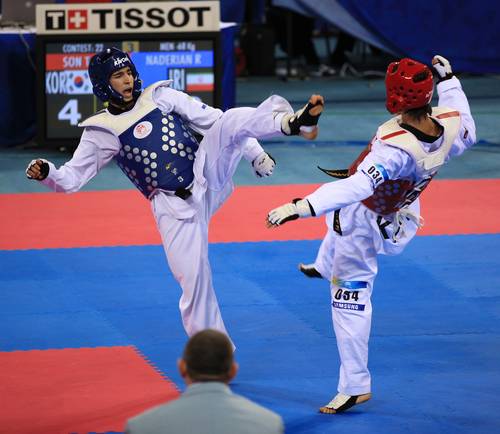 Consider for a moment the bestselling job-hunting book What Color Is Your Parachute?, by Richard Bolles. One reason this book has remained popular for more than forty years is that rather than recommend a job seeker simply take the same job as the seeker’s mother or father, or rather than simply suggest the job seeker take the job that paid the highest salary, that book helped readers first understand who they were, inside, and then, based on that understanding, helped them map out their career goals. The idea was to find the job optimized for the nature and needs of the job seeker.

Similarly in martial arts, rather than using the “Just Because” method of recommending a martial art, it is better for the beginner to seek the art best aligned with their needs and nature.

For example, consider the beginner’s body characteristics: Long legs? Stocky body? Quick moves? Powerful strikes? Quick reflexes? Some martial arts styles are better suited to some body shapes than others. For example, boxing superstar Manny Pacquiao is a relatively “small” boxer, but has the wrist diameter of a much larger person, so his punches are much stronger and more devastating than many of his boxing peers―he punches above his weight class. If the beginner has long legs (i.e., has good reach), they may find one of the kicking arts to be enjoyable. If they are a bit stockier (i.e., have more balance), they may be very effective at the throwing and grappling arts. If they have more power, they may enjoy a striking art. Are they coordinated, with lightning-fast reflexes? One of the weapon arts may be appealing.

Perhaps a more subtle point, but just as important as considering the beginner’s body characteristics – the beginner should also consider matching the martial art to their personality and personal interests. 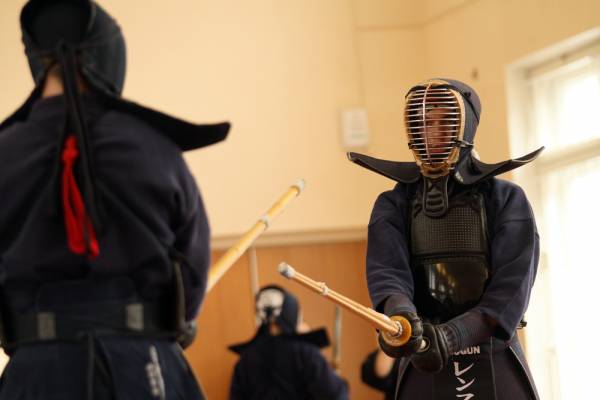 Thus, the beginner will find a better fit to a martial art based on these personal and stylistic differences. As in finding the right career, it is important for martial arts beginners to know themselves in order to find a good fit with their chosen martial art.

What color is your dojo?

In the end, there are only so many different ways the human body can punch and kick, so there seems to be more philosophical, cultural, and ritual differences between the arts than mechanical differences. Thus, rather than choosing a martial art just because a friend likes the one they are currently training in, the beginner should investigate the different martial arts and find a good pairing with the beginner’s goals, motivations, and interests, the rituals they would like to practice, and their personality and body structure. The best martial art is the one that aligns with the beginner as a person, in order to help increase the probability that the beginner becomes a lifelong martial artist.

Kendall Giles is an author, engineer, teacher, and researcher. He has worked in a variety of fields and industries, including medical imaging, defense intelligence, and computational statistics. He has designed and taught a variety of courses at the undergraduate and graduate levels. He earned an undergraduate degree in Electrical Engineering from Virginia Tech and a PhD from Johns Hopkins University in Computer Science.