What if we’re doing it wrong? What if everything we think we know about training is so backwards, mixed-up, and confused that we’ve missed the bigger picture? Does it really matter if you deadlift another 10kgs? Or drop fifteen seconds off your 5km run PR? Is training for performance actually making you unhealthy?

Having spent the last few weeks looking deeply into overtraining syndrome and speaking with various people who have suffered in varying degrees from it, I’ve been left wondering what on earth we’re doing that our training, the thing that is supposed to be making us “healthy” often leads us in the exact opposite direction.

For once, I’m not actually speaking of performance. If you want to go to the Olympics, then you’re going to need to be okay with seriously beating yourself up over a number of years. But if you’re not that rare 0.1% athlete who may actually make the Olympic games (you know, just like the rest of us), then trying to emulate the training programs, volumes, and intensities of those elite athletes is only going to hurt you.

Where did we go wrong?

It’s not hard to see the loss of perspective on health, vitality, and fitness starting in the fitness and sporting fields as early as the 1920s. Looking at pictures of old time gymnasiums the focus turned from rings, monkey bars, vaulting, and odd implements like Indian clubs and kettlebells, to benches and fixed weights. Before you know it we started to see machines and treadmills.

In the sporting world, as athletes and organizers sought better and better performances, we have seen the death of the amateur spirit of Olympic competition. While professionalism in sport has seen performances improve, the increased standards have seen greater and greater specialization necessary to succeed at the elite level.

The reality is sports and games are a social construct for us – a way to reconnect with our past. Think to popular sports hobbies like the marathon. Peak finishing time in a marathon is about four hours. Have a think about how long a hunt used to take place in tribal cultures – about four hours. Now, instead of having the whole tribe present, flushed with the thrill of the chase and the success of the hunt, we have a group of people isolated physically from each other by iPods and home theatre systems and email. The only chance many of us truly have these days to connect with others on this massive tribal scale is at events like these marathons.

This communal gathering atmosphere is only part of what is missing in today’s fitness world. At one time, maybe many years ago if you’re my age, we didn’t count sets or reps or worry about how many times we ran around the yard. We just did it. We ran and played and explored and jumped and threw and came in when it was dark. We simply played, and as we played we learned to use our bodies and grew stronger and better each time we did a new activity. This mindlessness, scientifically called the flow state by Mihaly Csikszentmihalyi in 1975, describes a mental state of operation in which the person is fully immersed in an activity. Athletes speak about rare, career defining moments where they were “in the zone” and it is this that they are referring to. 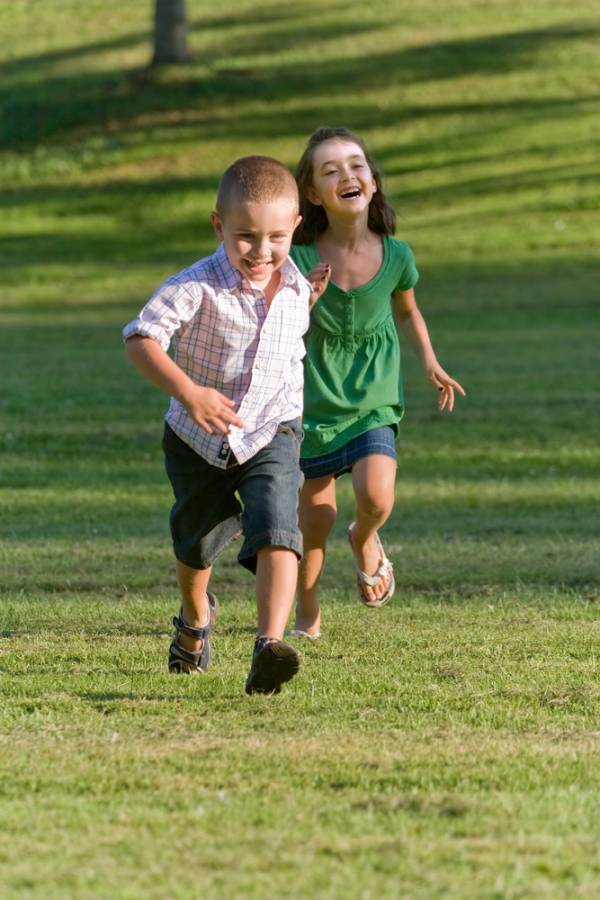 This immersion in an activity is very important. Without being involved in something they find intrinsically rewarding people won’t continue. Tied in with this are elements such as feeling in control – if the task is beyond their abilities it won’t be enjoyable and they will be self-conscious while attempting it. Have you ever seen a giggling, laughing kid worried about if their ass looked fat while they played tag?

One of the best ways we’ve found to fix this in our training is to incorporate playful periods into our training. This concept comes directly from Primal Move and for me, with a background in the super serious world of elite performance, the idea of actually having a “fun break” in training was incredibly foreign. But it works and here’s how we accomplished it:

We begin with a Primal Move warm up. This allows me to see how clients are moving and what is realistic for them in this session. As the warm up continues we introduce various elements of playfulness and some new skills. Usually we finish this section with a game that gets everyone fully warmed up and grinning from ear to ear.

All our clients have an individual plan, so the feeling of control is always there – no one is ever given a task that is beyond him or her. On some days it will be a stretch, but I am a firm believer in allowing clients to always be successful in training. Pushing them to failure leads to a host of negative ramifications long term, the least of which is the loss of the right mental state.

I’m about to ruin one of biggest secrets right now, so I hope not too many of my clients are reading this. While everyone does have their own plan for training, because many of our clients have similar goals, such as training for the RKC, there are quite a few who have plans that are also similar. It’s quite fun to watch two people slyly keeping an eye on each other making sure the other doesn’t get in a set of swings without them. That little game going on between them is actually allowing them to be lost in the action, to only care for the process itself. Another good way to set this up is to have clients share kettlebells and they rest only as long as it takes their partners to do their reps. 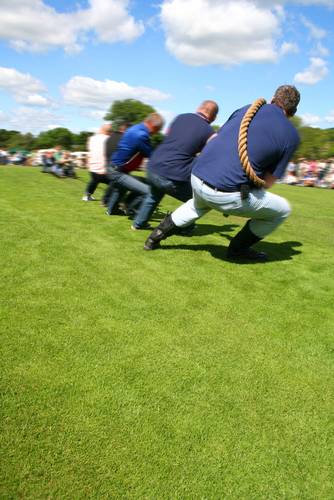 The final thing we do is to have birthday workouts. These are a break from the normal structure of training. They are as structured as the days gone by, when you said to a friend, “Race you to that tree over there then back again!” Little challenges thrown at them to get them to band together. Truthfully I don’t mind if I get abused by all of my clients during these – getting them to band together, as a tribe, is the most important thing here. The sense of shared suffering is important as it strengthens the tribal bond and these workouts always include odd exercises such as crawling, adding to the playful nature of them.

So despite the fact we’ve taken many years, decades even, to mess up our idea of fitness, it may only take a very simple thing like play to bring us back right. Community, play, natural movement, fun, and flow – these are the keys to getting fitness right.