When the barbells and machines began to really take over in the second half of the twentieth century, all of the hard-earned, ancient knowledge regarding bodyweight training became considered redundant.

Immaterial to the modern age. Dazzled by the new gadgets and the methods associated with them, fewer and fewer people continued using these ancient old school methods and they began to die out.

Today, bodyweight strength training has been almost totally replaced by weight-training with machines, barbells, and dumbbells. Bodyweight training is seen as the feeble sibling of these newer approaches, and has been relegated to the sidelines. The old school skills and systems dwindled through disuse and became lost. All that survived was the basic minimum.

Today, when people – even so called strength “experts” – talk about bodyweight training, they only really know the beginners’ movements – pushups, deep knee-bends, etc.

To this they add a few useless and pathetic modern exercises, like ab crunches. These exercises are given to school children, weaklings, or are done as warm ups or to develop light endurance.

Compared to the traditional, strength-based attitude, this approach could be called new school calisthenics. Old school calisthenics – which involved bodyweight systems designed to progressively develop inhuman power and strength – have almost died out.

The Role of Prisons in Preserving the Older Systems

The reason for this is obvious. The massive revolution in training technology, which killed off old school calisthenics on the outside, never occurred in prisons.

Either that, or it occurred very late. The barbell and dumbbell-based gyms that became the rage in the fifties and sixties? Not in prisons. Very primitive weight pits didn’t start appearing until the late seventies.

The “indispensable” strength training machines upon which most gyms became built in the seventies and eighties are still largely absent from prison gyms. 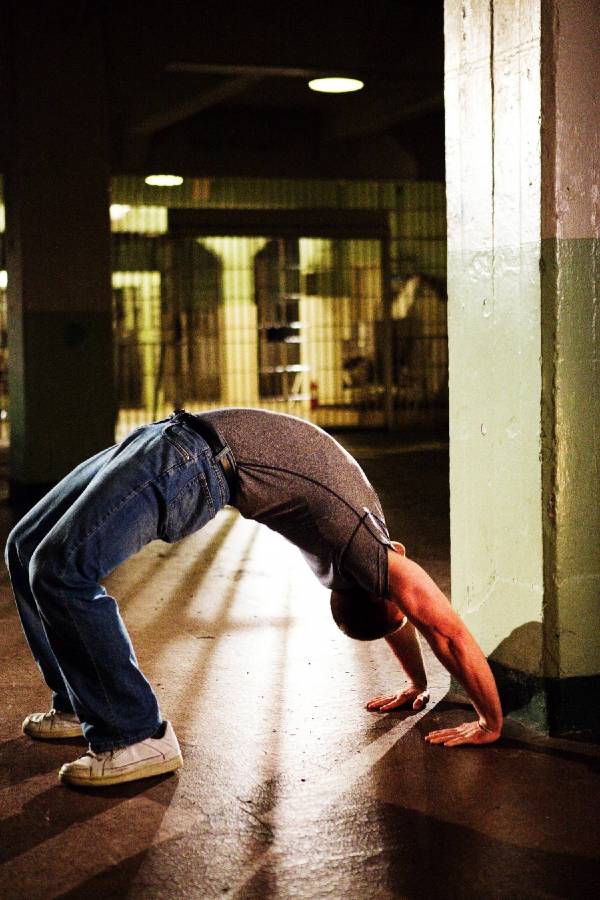 In effect, this means that – while the rest of the strength training world was undergoing a huge “modernization” during the twentieth century – prisons were like a bubble.

The traditions that were being killed off in gymnasiums up and down the country stayed alive in prisons, because they weren’t choked to death by technology and the money associated with novelty gimmicks.

During the eighteenth and nineteenth centuries, the guys who got incarcerated and knew how to do true bodyweight training based on strength – the gymnasts, acrobats, circus performers and strongmen – passed their knowledge on to other inmates.

This knowledge – old school calisthenics – was gold in prisons, where no exercise equipment at all was to be found, with the exception of the bars overhead and the floor below. And being physically strong as well as agile was essential – those days were tough.

Life in prisons today is harsh, but going back a century or so, things were even harder. Beatings and cruel treatment were a part of the expected daily grind, and inmates killed and seriously wounded each other as a matter of routine.

The handful of guys who trained for strength in their cells did so to literally stay alive.

They trained furiously and with enormous seriousness – being powerful was a life or death matter! In this sense, those inmates from our past were no different from the Spartans led by Leonidas sixty-eight centuries ago. They all depended on their power to survive, and in order to develop that power they trained in traditional calisthenics.

The Origin of Convict Conditioning

To this day, prisoners all over the world still train using old school calisthenics. During my decades inside the nation’s prisons, I’ve been obsessed with strength and fitness. Over time, this changed into an obsession with bodyweight training – calisthenics.

Only after several years inside did I begin to understand the true nature and value of productive bodyweight exercise, and it took years after that until I was able to piece together the “secret history” of old school calisthenics, and the role that prisons have played in preserving these arts.

In my time, I’ve read everything I can about training and exercise, and ways of developing the body with little or no equipment. I’ve had the privilege of seeing how hundreds of unbelievably strong and athletic prison-trained men work out, using only their bodyweight.

Many of these guys have had phenomenal ability and practically Olympian strength and fitness; but you’ll never see them or get to read about their training in magazines due to their personal histories and lowly place on society’s ladder. 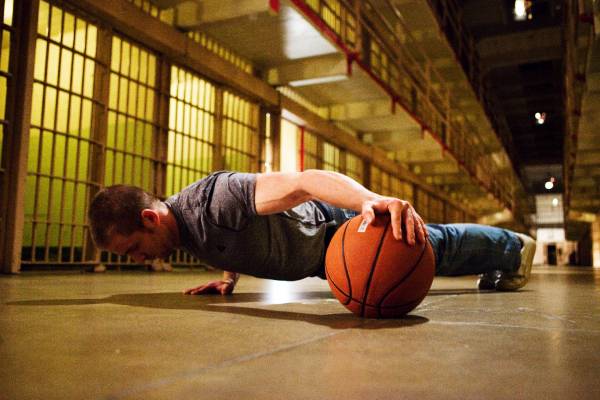 I’ve seen what these men can do, and spoken to them in depth about their methods. I’ve been honored to befriend and spend long periods with the previous generation of convicts, guys who were old enough to remember the strongmen who were actually trained by the strongmen of the second Golden Age of physical culture; guys who met the old strongmen, heard their theories and knew how they exercised.

Following their lead, I’ve trained myself day and night with merciless techniques until my body ached and my hands bled; I’ve coached hundreds of other athletes, further honing my knowledge of bodyweight exercise.

I’ve made it my job to find out more about old school calisthenics than any other man alive.

Over the years, I’ve collected dozens of notebooks and taken the finest ideas and techniques from all the systems I’ve learned on the inside, to develop the ultimate form of calisthenics… a method that can be used progressively to develop titanic power, agility and fitness; a method that requires no special equipment, minimal time and minimal complexity in application.

This system represents the best of the best of what I’ve learned. It is the system which is known today as Convict Conditioning, and it’s the subject of this book.

But despite the name and the origins, Convict Conditioning isn’t just for prisoners—it has a whole host of benefits to offer anybody who wants to become extremely powerful and fit while staying at the peak of health.