CrossFit. The name itself is enough to elicit very strong opinions across the fitness landscape. Depending on whom you ask, it is either:

While stereotypes and hyperbole abound, the real answer is not so black and white. The devotees must embrace CrossFit’s positive elements, while honestly interpreting negative feedback to constructively guide its future. The haters must accept its tremendous contribution to the fitness industry, as well as the measurable results and life improvement many have found through CrossFit. After all, for the vast majority, that’s what they’re really after.

To get some perspective, I recommend viewing it from two different contexts: CrossFit as sport and CrossFit as a fitness protocol.

CrossFit as a Sport

CrossFit is a great sport, whose best athletes are among the most impressive in the world. While the recent barrage of pectoral tears should certainly impact future decisions in this sport, its entertainment value and social utility (the primary metrics of sport success) for viewers and participants is tremendous.

The only issue with CrossFit as sport is that it does not lend itself very well to anyone but the good and very good. It has high physical and financial barriers to entry, which means it will be hard to attract the sort of global following of other sports, like soccer.

It is in the arena of CrossFit as a fitness protocol that I see more issues. CrossFit Inc would do well to more clearly illustrate the distinction between sport and fitness protocol, and more intentionally develop the general fitness side of its brand to address its common issues.

There are sports that are broadly adopted as fitness protocols by the general population with great success. Rowing, biking, hiking, racquetball, and even running are all common choices. Most people would greatly enhance their fitness and quality of life by adopting sports. But in every case, it’s important to make sure that your body is capable and resilient enough to withstand the demands of these.

CrossFit as a Fitness Protocol

CrossFit as a fitness protocol starts from a framework fraught with risk: programming for the masses. This is a necessary evil in my job, training over 500 athletes each week. All my programs have two or three standard variations for each exercise built in, to be used to meet each athlete’s anatomy, current movement competency, and injury history. For an athlete with very unique limitations, I am there to make sweeping changes in approach, while still driving toward the desired goals.

In theory, CrossFit also offers a host of substitutions and variations for individualization. However, these are not always presented and utilized in ways that educate and progress the layman. Scaling and substitutions are often used just to get an athlete through a workout, rather than improve them toward eventually doing the workout as prescribed.

For the intermediate fitness enthusiast who is new to CrossFit, foundational instruction is often skipped. Many a former athlete or bodybuilder enters the CrossFit box full of confidence, only to find (often too late) that they were not ready for the host of new exercises. Inexperienced or less assertive coaches find themselves without the tools needed to confront and correct this kind of athlete.

A more refined CrossFit will benefit the industry as a whole, as many will follow their lead. The problems I’m presenting are in no way exclusive to CrossFit; group training and “boot camps” of all stripes face the same challenges, because of their one-size-fits-all approach to training. But I focus on CrossFit because of its power, influence, and popularity.

The massive motivation and accountability of a fitness community banded together through mutual sweat is an almost transcendent experience; one which can be done safely if it is done in a progressive, individualized manner with many trained eyes there for guidance.

That’s where CrossFit faces its biggest challenge. While many CrossFit coaches emphasize a balanced, patient approach, there are just as many rushing people into Fran with no concept of the physical requisites to perform it safely. The biggest risk to both the athletes and the viability of CrossFit as a fitness protocol is coaches who do not possess the experience, knowledge, or simply the restraint to responsibly teach and progress.

CrossFit must do more to broadly promote intelligent progression and individualization. Its popularity, influence, and challenging nature necessitate this. CrossFit workouts call for things like rope climbs, handstands, kettlebell swings, sumo deadlift high pulls, and Olympic lifts, in high rep sets, immediately following 30 double unders, as fast as you can. To put this in context, it can take 5-6 months for me to properly progress a group of high school freshman to the power clean.

Such complex, dynamic movements would ideally only be performed from a non-fatigued state, and in sets of no more than eight. As GMB’s Ryan Hurst says, “the complexity of your movement is inversely proportional to the amount of fatigue it can be done under.” The difficulty of these movements is part of the appeal, but it is problematic to rush newbies into the same training protocols as experienced athletes. Even if you typically offer a movement screening and a two-week tutorial, this is not sufficient to become ready for high volume snatches under fatigue.

Sports all have fairly significant risks. If you do a sport long enough, injury is inevitable. Fitness training, likewise, may eventually lead to injuries, but not at near the rate or severity seen in sport. Training should reduce the likelihood of injury in your life while prolonging their health and freedom of movement, not the opposite. With that in mind, CrossFit coaches would be wise to bench the high rep Olympic lifts, kipping pull-ups, and high rep box jumps for all clients who are there for fitness, rather than to compete in CrossFit sport.

There are those who do not wish to participate in CrossFit as sport, but want the addictive challenge and motivation that come from the competitive nature of a regular class. These can still be available, even while differentiating between sport and fitness clients. Each workout could be graded in the categories of skill, strength, mobility, and conditioning. For example, 1 could indicate very easy, and 5 extreme difficulty or skill. A workout that is easy in all areas would be a 1-1-1-1. A workout requiring very little skill, moderate strength, little mobility, and good conditioning would be a 1-3-2-4. This workout might be ideal for the very ambitious former athlete who really wants a test of will and guts, but is coming off years at a desk job.

It would not be hard to quickly steer people towards the workouts most appropriate for them, and even set up separate programming based on client archetypes. There is already a considerable number of safe, simple, and challenging workouts out there, like Cindy (10 minute AMRAP of 5 pull ups, 10 push ups, 15 squats).

Using a grading system such as the one I propose would also allow for a greater sophistication of expectations among CrossFit boxes internationally. Guidelines for progressions and suggested workouts could be assigned for different client archetypes, and help delineate CrossFit sport from fitness. For example, any workout graded at 4 or above in both skill and metabolic conditioning would be advised for competitors only.

Understand the Role of Progression

Admittedly, these suggestions are from the perspective of a strength and conditioning coach, and not a CrossFitter. But even from my outsider’s perspective, I believe that addressing these issues will create an even stronger, more vibrant CrossFit movement. Some might insist these suggestions fly in the face of CrossFit’s nature, but those who are against steps for better progression, individualization, and safety impede the community’s progress. The alternative to this maturation is that more and more qualified professionals will advise interested parties against CrossFit, and toward one of the many HIIT protocols proven to be safe and provide a positive atmosphere.

As should always be the goal in public discourse, this piece aims to spawn honest evaluation with the hope of promoting future improvements. Many CrossFitters understand the role of progression and individualization, but there is more to be done from a global perspective to ensure this is done well.

I cannot say enough about the good that CrossFit has done for the fitness world. If fitness is your goal, CrossFit will get you there. Furthermore, there is a need in society for greater toughness, for communities that embrace fitness, and for challenges that force people to find a greater strength and realize a more empowered version of themselves. In this regard, few can compete with CrossFit. Likewise, it has helped bring Olympic weightlifting, gymnastics, kettlebells, and many other methods greater exposure in the public’s consciousness. What CrossFit’s done is invaluable, and all the fitness landscape has improved as a consequence, whether they admit this or not. But it is time to take the next step. CrossFit’s next contribution should be to send a very real message of responsibility in proper training and appropriate program design that would reverberate throughout the entire industry. 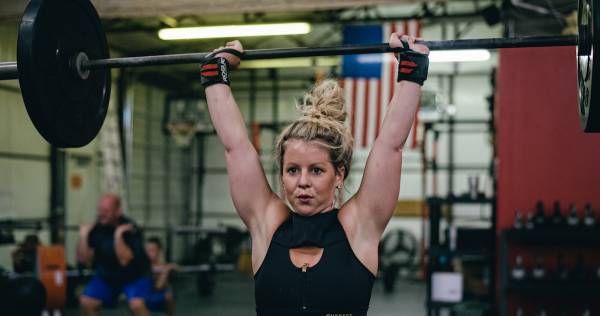