Saponins are in quinoa, legumes, soybeans, and potatoes. You may have heard how bad they are for you, but what are they? And are they really that big of a deal?

Within the Paleo framework, saponins, along with lectins and prolamins like gliadin, are considered toxic anti-nutrients that are best removed from the diet. Robb Wolf, in The Paleo Solution, frankly recommends people avoid eating foods that contain saponins, explaining that they “&h

Within the Paleo framework, saponins, along with lectins and prolamins like gliadin, are considered toxic anti-nutrients that are best removed from the diet. Robb Wolf, in The Paleo Solution, frankly recommends people avoid eating foods that contain saponins, explaining that they “…punch holes in the membranes of microvilli cells…” He goes on to say saponins are “so irritating to the immune system that they are used in vaccine research to help the body mount a powerful immune response.”

Saponins are found in a variety of plant sources, from legumes (including beans, peanuts, and soy), to nightshade vegetables like potatoes and tomatoes, seeds such as quinoa and the herb ginseng, as well as other non-food substances such as Quillaja saponaria, a type of tree bark used predominantly in vaccine research.

Along with Quillaja saponaria, another commercial source of saponins is Yuccaschidigera. Yucca and quillaja extracts are used in beverages such as soda to produce a foamy head. In addition, based on their surfactant properties, the Linus Pauling Instititute explains they “are used industrially in mining and ore separation, in preparation of emulsions for photographic films, and extensively in cosmetics, such as lipstick and shampoo.”

Saponins are soap-like substances characterized by their ability to create foam in water. This ability to behave like a detergent is due to their chemical structure, with one end binding easily to water and the other to cholesterol and fat. Similar to how an emulsifier acts when you shake up a bottle of salad dressing, this ability to bridge between two polar opposite types of molecules (e.g. oil and water), enables saponins to interact very easily with the molecules on the surfaces of cell membranes.

Saponins’ amphiphilic structure allows them to latch on to cholesterol molecules attached to the surface of intestinal cells. Once they attach, they stimulate a reaction that creates pores in the cell surface, producing increased permeability (i.e. leaky gut) and allowing substances to enter the bloodstream.

Sorting the Good From the Bad

Much of the vaccine research that utilized saponins derived them from Quillaja saponaria tree bark to create adjuvants (substances used to enhance an immune response). When injected in vitro or into the bloodstream in animal models, these saponins have been shown to cause the destruction of red blood cells. 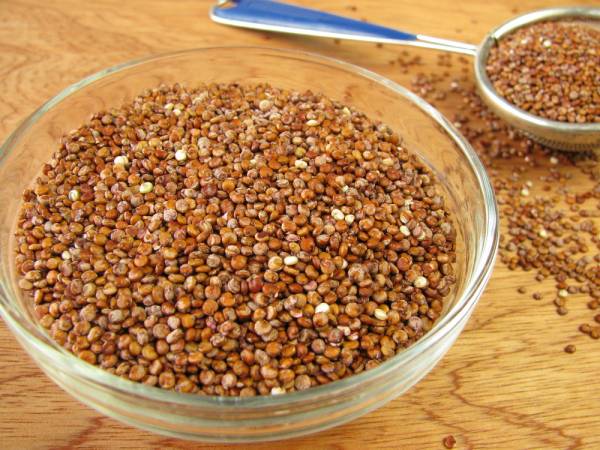 However, other saponins, such as those found in soy, do not seem to exert the same harmful effects. This certainly makes sense when you consider we don’t inject soybeans into our veins, but rather allow them to take the normal route through our digestive system. In fact, one research review concluded (in regards to soy saponins versus non-food saponins) that “most of the available data indicate that these compounds are very poorly absorbed following oral administration to animals and humans.”

At the same time, not all saponins are created equal. Some have exhibited anti-inflammatory and immune-stimulating characteristics as well as antimicrobial properties towards some fungi and bacteria. Other varieties have demonstrated cholesterol-lowering effects. Saponins bind to cholesterol and bile acids in the digestive tract and assist in their elimination from the body. In the end, despite their reputation as evil “gut-punchers,” saponins as a whole are quite a bit more complex.

Without a doubt, more research is needed to nail down the function of saponins, especially in regards to their function within the human digestive tract. As one early review put it, “The results indicate that some saponins readily increase the permeability of the small intestinal mucosal cells, thereby inhibiting active nutrient transport, and facilitating the uptake of materials to which the gut would normally be impermeable.”

What Can You Do?

Avoiding foods such as legumes, peanuts, soy, potatoes, and even quinoa will help greatly reduce the amount of saponins in your diet. However, due to their inclusion in many non-food products, it may be difficult to completely eliminate them. In addition, although research remains inconclusive regarding the negative effects of saponins on humans, it may be sensible to err on the safe side and limit your exposure.