Down in the Dirt Series: Part 2 – Community Gardens, From Beginning to Present

Community gardens were originally born out of the financial crisis of the Depression, but now they are growing in popularity due to concerns over food quality. How can you participate?

Passing by any of the three community gardens in my town is a pleasant, calming experience. The Swiss chard is now exploding from dark, wet dirt and strawberries are turning a deep red as they hide behind petite blooms. The gardens are a contained oasis that seemingly bust through concrete. It still surprises me to see food on the vine, right there, inches from a street raging with cars. And though these gardens – and all community gardens that have emerged from urban environments – are green eye candies that soothe the soul, their roots are steeped in politics and social struggle. Let’s face it, it’s hard to hold on to open spaces in a big city no matter how many benefits they bring or how much a community appreciates land in a more natural state.

The idea of community gardens was based on a temporary solution to see people out of immediate crisis. They first appeared in the United States during the Depression of 1890 in New York and Detroit when hungry people were allowed to grow food on city-owned lots. Community gardens gained popularity again during both world wars and the Great Depression. In times of a dwindling food supply, there was a desperate push to use city land efficiently to help supplement food, but the gardens eventually died off when the economy gained its footing.

Community gardens had a rebirth in the 1970s, again out of that era’s financial crisis, but many of these gardens have remained. That’s because activists believed growing food in cities was a long-term solution for those otherwise cut off from a fresh food supply, which is usually the poor. Committees were formed, gaining a political voice that was also backed by a community that viewed the gardens as neighborhood beautification. The power of both added to the longevity of these gardens. They fought for long leases to city land and laws to protect them. It’s still an ongoing battle as developers always eyeball open space; community beautification and wishes be damned. 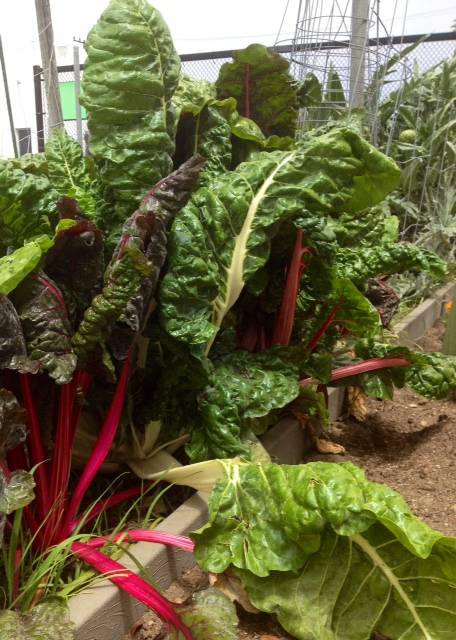 A rekindling of the movement is happening right now, sparked by our long recession. People are learning how to grow their own food again, and now many community gardens across the country donate a large majority of the food grown to local food banks and soup kitchens, making fresh food available to families in need. But this current movement is not just about food shortage and accessibility to fresh food as it has been in the past. Now it’s also about taking ownership of the quality of our food. As people learn more and become more frustrated with big, corporate farm practices and the trend toward genetically modified products, we realize we can do something about it in a small but powerful way. Grown our own.

For ten years, David King has been the Garden Master for The Learning Garden, a recognized, flourishing model of a school garden that sits on one acre of Venice High School where students learn horticulture. The garden serves the surrounding community as well. Mr. King believes we need much more land set aside for community gardens. “A prudent government needs to mobilize much more space,” King says. “Our country’s current food model not only stinks, it’s dangerous. It’s not sustainable.” He says using the same genetic encoding like the U.S. does with corn, for example, causes soil degradation and a loss of biodiversity. This is slowly causing a decrease in food production. In short, our nation’s soil is being ruined. Soil is a fundamental resource and if we destroy it, we’re in serious trouble. This is why he believes we have to take matters into our own hands with community gardens, home gardens, and using all land – and water – efficiently. He says, “Los Angeles is a fantastic place to grow food. The soil is incredibly productive. We’ve just covered every inch of it with roads and buildings.”

What I’ve learned from Mr. King and a few other master gardeners is that one cannot be passive if we want community gardens to continue and expand. The fight to retain land and how to manage gardens continues. The fight to set aside more land is a tough and valuable one. New-school gardeners of the current Community Garden Movement need to carry on the fight and at the very least profusely thank the original activists and gardeners without whom we might not have had any open space left to till. 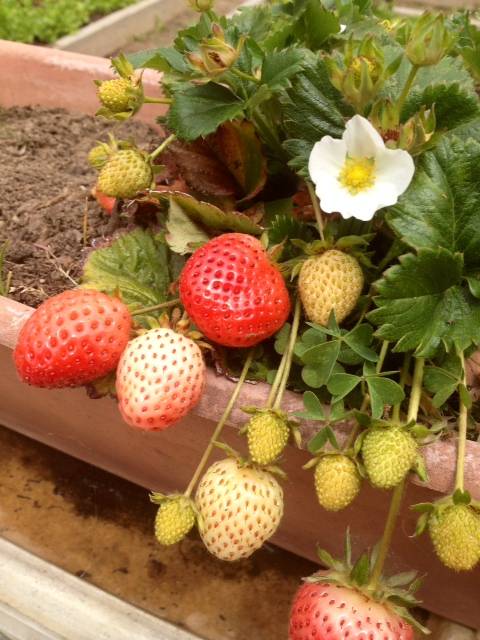 I took my youngest daughter to our nearest garden this weekend. We roamed the lots and daydreamed aloud what we will plant once we’re called up from the waiting list. We rubbed chocolate mint leaves and sighed at the smell. We marveled at a prehistoric looking artichoke jutting from its ash-green bush, and we chatted up a veteran gardener who snipped two lemons off a small tree and handed them to us before she knew our names. We felt at ease and engulfed by the peace of the garden that takes up a fraction of a city block. The traffic noise of Broadway went unnoticed. We experienced the refuge of a garden within seconds of entering it. The irony is not lost on me that a community must fight so hard for this type of respite, but it is certainly serenity worth fighting for.

Interested in getting involved with a community garden or at least fighting for them? Here’s what you can do:

Be part of the movement even if your hands aren’t in the dirt because you probably prefer this view more than that of another condo or water tower or warehouse.