Think your WOD was tough, so you up the ante to a “hero“ WOD? Child’s play.

Think a marathon is a long way? Think again.

Think Ironman is the ultimate? Not even close.

Badwater Ultramarathon? Still not even close. In fact, only forty percent as bad as the event portrayed in this movie. Except that this race is actually four races, each taking four to five days to complete, and each is run across a desert. Welcome to what has to be the toughest race on the planet. Each year I watch amazed as people seem to find new way to test the limits of the human body. From marathon, to Ironman, to Ultraman, to Badwater, and then to Marathon de Sables, none of them even come close to the Four Deserts race.

The race is actually four races combined. Each race is over 250km, to make the total race distance 1000km. The first crazy to accomplish this feat in a single year was superman Dean Karnazes, one of the all-time greats of ultra running. And so was born the Four Deserts Grand Slam. Competitors race each event carrying all their own food and whatever gear they need, and are completely self-sufficient during the race. With each event taking about five days to complete, and running fifty-plus kilometers each day across deserts, you need to be 100% sure that you really want it, because this event is not for the athletically curious. This is for those who want to see what life is like well beyond the outside edge of normal. 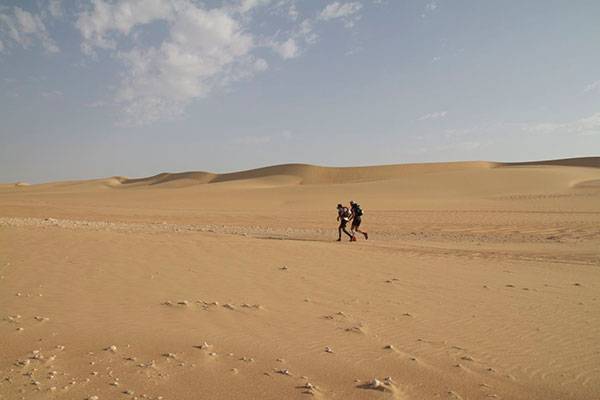 The movie Desert Runners chronicles the event following a few different runners. Deserts are categorized by how low the annual rainfall is, and the four deserts raced are Atacama Chile, Gobi China, Sahara Jordan/Egypt, and Antarctica. The Atacama has had zero average rain fall recorded for over 400 years.

Watching the runners dance on the knife-edge of performance and exhaustion in these events makes for enthralling watching. Listening to a guy in his fifties talk about falling, tearing his abdomen, and then finishing the race while continually pushing his hernia back in, and just shrugging his shoulders and saying, “Everyone out here is tough,” makes you realize exactly how tough people can be.

With temperatures soaring into the forty degree Celsius range (approximately 104 degrees Fahrenheit), competitors are pushed to their limits. As the body is asked to rid itself of the heat generated during exercise, it can often shut down. Many of the runners go for periods of fifteen or more hours without being able to keep food or water down, and still they continue.

When asked why he does it, one of the runners explains that he grew up playing baseball. He played through college and into the minor leagues until he had a shoulder reconstruction, which put him out of the game. One day he realized that he was thirty years old and was getting out of breath walking up a flight of stairs. From athlete to out of breath in the blink of an eye. Life has a habit of being like that. And so he took up running that day. Instead of being an astronaut or a ball player, he became an ultra runner, and the running he does now is every bit as much of his identity as baseball ever was as a teenager. I know just how he feels. 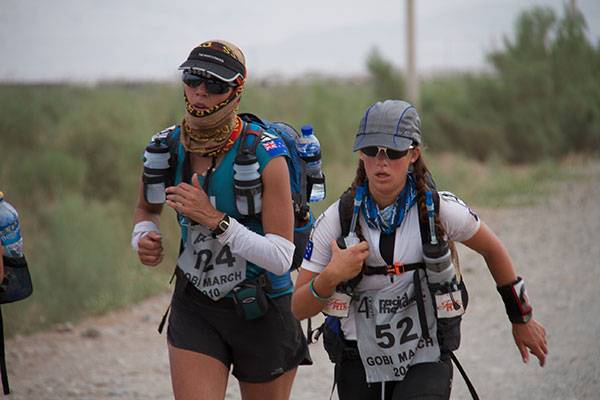 The final stage of the second race, across the Gobi, highlights just how punishing this event is. A 99.8km (62mi) run across a searing desert. Runners group together for support and safety. One such pair, young Aussie Samantha Gash and New Zealand ultra running legend Lisa Tamati, are seen staggering together holding hands for a long time, sharing their energy to keep pushing forwards. At about the 75km mark they find speaking difficult, and are struggling to run straight, yet they continue. The dangers of the race are brought home sharply at the end of that stage as one of the other competitors, Nick Kruse passes away.

It’s really only in the third event that the problems with so many big runs in a single year start to show up. Out of the handful of athletes who began the year trying to complete the four deserts, a few start to fall, their bodies not able to continue. One Englishman, Tremaine, a martial arts and self-defense instructor, suffers an injury to his knee before the third stage and gamely tries to run through it, but has to pull out after day one. An American, Ricky, having suffered through days of vomiting at the last race, starts having problems immediately and he too is out. An Irishman, the eldest competitor attempting the Four Deserts, starts to suffer from severe shivering – a terrible omen in a desert – and literally wills his body to the finish line, verbally revving himself up and telling himself to continue.

Yet it is the young Aussie Sam Gash who suffers the hardest race of all. Having spent most of a stage running with her race buddy Lisa, she elects to continue at a checkpoint as she feels like she needs to keep going. Running alone through the Sahara desert, she meets a man literally standing in the middle of nowhere. Confused and thinking slowly due to fatigue she doesn’t realize how strange it all is and he has grabbed her and dragged her into the bushes to rape her. Only the sound of approaching motorbikes scares him away before he succeeds, and Sam grabs her gear and runs for nearly an hour before she finds more people.

Understandably distraught and in shock, she collapses and asks to be taken back to the base camp. But after a few moments to collect her thoughts, and a call home to speak with loved ones, she elects to go back and finish. It ranks up there as one of the gutsiest things I’ve ever seen.

The final race across Antarctica must have been a bit strange for the racers. After spending the previous three races battling heat they find themselves rugged up running in snow and watching penguins slide across the ice only a few feet away. As an example of how extreme the conditions are, the previous races were held in temperatures exceeding 35 degrees Celsius (95 degrees Fahrenheit), but for the final race they’re battling freezing winds and -22 degrees (-8 degrees Fahrenheit)! Amazingly, the runners who had to quit the previous race come back to finish what they started and complete this final run. 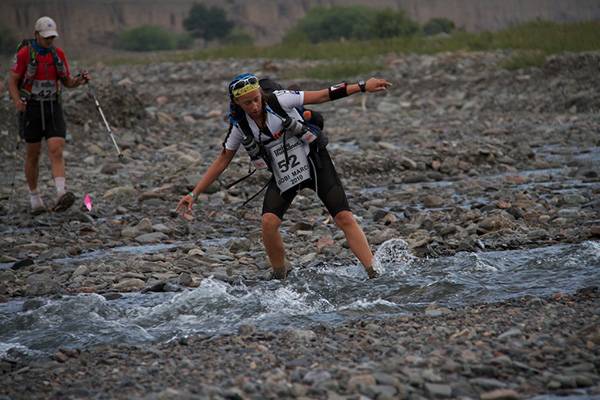 I’m not prone to either exaggeration or emotion, but I thought Desert Runners was one of the most entertaining stories I’ve seen in ages and may have had to wipe some dust out of my eyes at times, watching the courage and determination that everyone possessed. If you’re looking for a great story, with many side stories to follow, as well as motivation to get out the door and attempt something epic, this is a fantastic movie. I loved every second of it, so do yourselves a favor and go watch Desert Runners.

For anyone wanting to stay up to date with a young girl leading the way in both ultra running and social change, please check out Freedom Runners. Samantha Gash will be running the Freedom Trail in South Africa, a 2,350km trail, over a period of 32 days, averaging 80km/day. The goal of this run is to promote female health, education, and confidence.

“Desert Runners” is available for $19.99 at DesertRunnersMovie.com.