Vegan since the age of 16, Ed Bauer was a competitive bodybuilder and now competes in CrossFit. Ed wants to lead by example and show people how vegans can be successful athletes, too.

My title at Breaking Muscle is the Vegan CrossFitter and though that’s absolutely true, I more represent the everyday athlete. I’m small potatoes. Like every vegan CrossFitter, I pray that one of us will make it big time. We’d prefer a miracle showing at the CrossFit Games, but we’d be ecstatic over representation at Regionals, too.

My title at Breaking Muscle is the Vegan CrossFitter and though that’s absolutely true, I more represent the everyday athlete. I’m small potatoes. Like every vegan CrossFitter, I pray that one of us will make it big time. We’d prefer a miracle showing at the CrossFit Games, but we’d be ecstatic over representation at Regionals, too. My own CrossFit LA box-mate and fellow vegan, Todd Spradlin, is putting in a lot of training. He recently added seventy-five pounds to his deadlift and gained twenty pounds in six weeks in hopes of being a legitimate contender as part of the CFLA team in the upcoming SICest of the Southwest throwdown.

But the guy leading the charge as our vegan CrossFit hopeful is Ed Bauer. Ed, a vegan for more than half his life and owner of PlantFit in Portland, Oregon, is the closest we have. To have the hopes of an entire community that is constantly growing is no small responsibility, but Ed is up to the task. He loves a challenge, but he also recognizes that when one excels at something it becomes an opportunity for advocacy. He understands that the better he does – and frankly, the better he looks doing it – the more he has a platform to convey a message of compassion and animal rights. He’d also like to prove that a vegan athlete can hang with some of the best that CrossFit has to offer.

This isn’t the first time Ed has used the fitness arena as a way to spread his message. In 2009, he became involved in competitive bodybuilding. “I saw it as a powerful form of activism,” Ed told me early last week. “There’s something about having muscular photos, really fit pictures, that leaves an impression. I recognized the value of a vegan athlete being really fit and showing that off. It got me noticed and I was able to talk about the issues that are important to me.” In 2010, just a year after getting into bodybuilding, Ed won first place at the Bill Pearl High Desert Classic in the novice middleweight division. The attention from the win solidified the notion that he could have an influence on the community.

Ed’s beginnings in the vegan community began far before bodybuilding, though. As a high school student growing up in Albany, New York, Ed’s sport of choice was skateboarding. He gravitated toward a group of friends, other skaters, who listened to punk rock. A couple of them were vegan, which seemed extreme to Ed. But after reading Diet for a New America by John Robbins he deeply considered how to live the most compassionate and harmonious life he could. It’s a lot to consider at age sixteen. He decided to go vegan with his friend Zach and though Zach only stayed vegan a little over a year, Ed is still vegan seventeen years later. Just before Ed went vegan, he got into lifting weights, influenced by his father who was a competitive powerlifter. 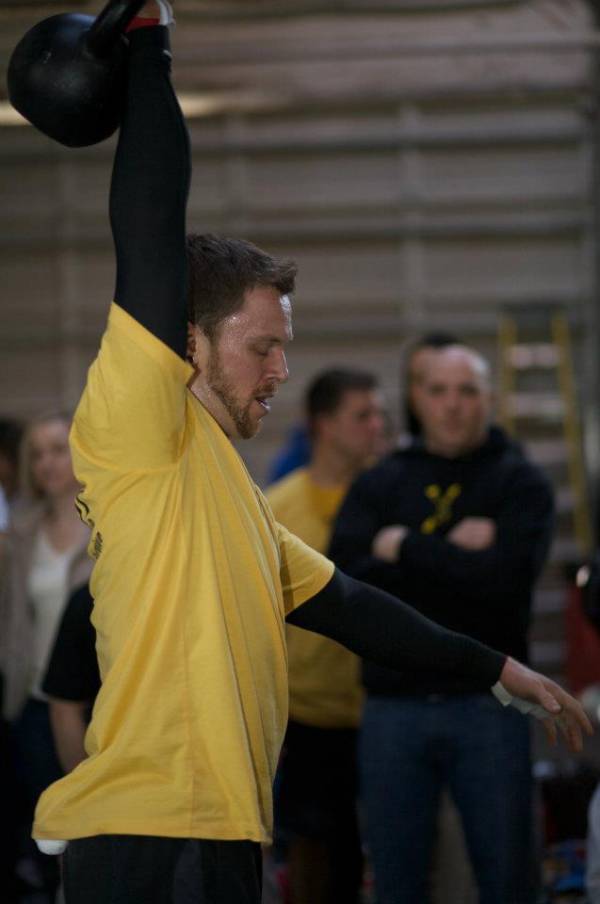 And now, Ed has turned his sights on CrossFit, drawn to and intrigued by its methodologies and the functionality of fitness. “Bodybuilding is all about how you look and I became more interested in the long-term health benefits of a functional strength program.” Ed regularly trains with four coaches from various CrossFit gyms in his area. They’re not vegan, but they know that Ed can hold his own. They know he’s on a mission to get better and compete more. Just last August, Ed placed twenty-seventh out of seventy-three competitors in the Oregon CrossFit Summer Games, up seven places from the previous year. His Olympic lifts improve consistently because he works hard at them.

I asked Ed about vegans who feel they’re not making gains or who have been told they won’t make gains because they’re vegan. He said we have to stay honest with the quality of food we eat by paying attention to the macronutrients and by eating enough calories:

It’s simple to get enough high-quality nutrients, including enough protein, on a varied plant-based diet. This contributes highly to our gains as an athlete. The bottom line, too, is that if you want to make significant gains in CrossFit, you have to commit to putting in the work. A really good program design helps. It’s easy to make excuses that veganism is to blame, but most times we’re not paying enough attention to the quality of our diet and/or the effort we put into it.

Regarding his own nutrition, Ed says he eats cleanly the majority of the time, and he eats a lot of protein, about 200 grams a day for his 5’9”, 180 lb. frame. His protein powder of choice is PlantFusion. “When I got into bodybuilding, I had to really clean up my diet,” he said. “I wanted to know what other body builders were eating. They were eating steak, chicken, eggs, whey protein, spinach, and broccoli. I just ate a vegan version of that. I ate tempeh, tofu, seitan, rice and pea protein, some nuts and seeds, and then spinach and broccoli. It wasn’t hard to make that transition and swap out foods using the same formula.”

Ed had to put his lifestyle to work in the most personal of ways a couple years ago when his father, at age fifty-one, suffered kidney failure. Ed said, “Years of a diet heavy in animal products, the fact that he was a big drinker, and years of taking ibuprofen for the inflammation of his joints from his powerlifting days – this combination almost killed him. I had to have a heart to heart with him that he wasn’t going to be around much longer living this way.” Being the hope of an entire vegan athletic community really means nothing compared to the life-and-death situation of a suffering parent. Influencing his father became a priority, especially since his father had influenced him as a weightlifter at an early age. Ed says his dad is fully recovered and now eats a plant-based diet. His cholesterol and triglycerides are down tremendously. He’s lost a lot of body fat and he feels great. 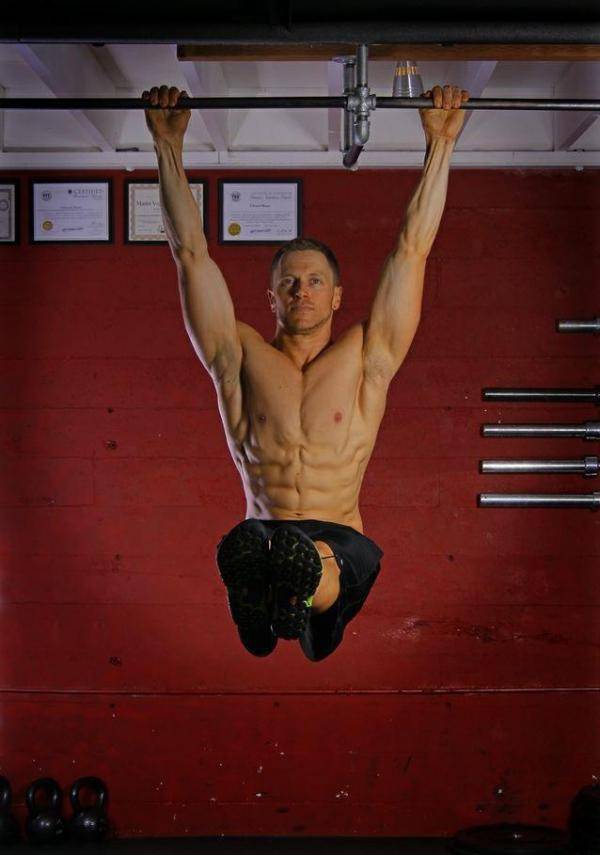 I asked Ed what his big-picture goals were. As a vegan CrossFitter, he’s hoping to continue to compete and take it to the highest level possible. Through that pursuit, he’d like to be an influential example of compassionate living and vegan athletic excellence on a national level. On a local and hands-on level, he wants to continue to inspire and help athletes get in the best shape of their lives through his gym PlantFit. Not all the patrons of his gym are vegan, but they know that’s his nutritional philosophy. “I provide resources for the non-vegan clients, but I don’t pressure people,” he said. “I just try to lead by example.” For the clients who are vegan or leaning toward veganism, Ed has created an environment where his clients feel completely supported and encouraged. “In the fitness industry,” Ed said, “it’s still really rare for trainers and coaches to be behind the concept that you don’t need animal products to obtain health and vitality. I felt opening this gym was something I had to do. This is my role.”

Ed Bauer may never make it to the CrossFit Games. This endeavor is not achieved by 99.9% of meat-eating athletes either. But I’m proud he represents the vegan CrossFit community. He’s driven and he’s become an example of great fitness and health through dedication and hard work. And he’s also thoughtful and kind. It’s what I look for in a leader.

Watch this to see Ed in action: