The Secret Advice of a Vegan CrossFitter

After a particularly grueling CrossFit workout, one of my gym mates motioned me over to the rowers. This was not the first time I’d been pulled into the shadows to whisper about – gasp! – vegetables.

After a particularly grueling CrossFit workout, one of my gym mates motioned me over to the rowers. As I approached, he looked around – we were alone – and in low tones he said, “I’m thinking about eating less meat.” His eyebrows were arced. He seemed surprised by his own confession.

“Cool,” I said. He said, “Can you give me some advice about a veggie diet?” This was not the first time I’d been pulled into the shadows to whisper about – gasp! – vegetables.

After a particularly grueling CrossFit workout, one of my gym mates motioned me over to the rowers. As I approached, he looked around – we were alone – and in low tones he said, “I’m thinking about eating less meat.” His eyebrows were arced. He seemed surprised by his own confession.

“Cool,” I said. He said, “Can you give me some advice about a veggie diet?” This was not the first time I’d been pulled into the shadows to whisper about – gasp! – vegetables.

A Vegan in Their Midst

I am my gym’s resident vegan athlete, a CrossFit gym packed with paleos. We get along famously. We are always respectful of each other, especially as they have come to know and love me.

I know, too, I’ve won them over with my killer vegan baking skills that never cease to amaze at parties. It’s a shock to them my cupcakes don’t taste like twigs and berries!

I know my way of eating gets scoffed at and made fun of, publically at least. It’s part of the territory and I don’t mind the ribbing (pun intended) because at least I’m getting them to talk about it – a little. 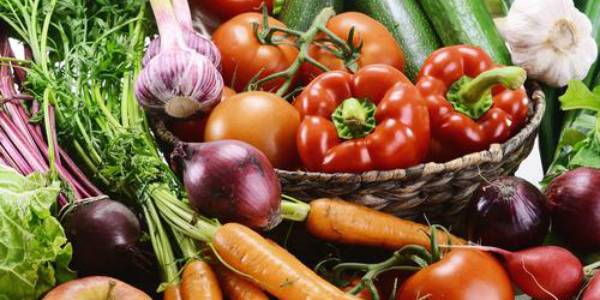 When new members announce that they are vegetarian, they are walked over to me, often by the shoulders, and dropped off at my proverbial doorstep. “Dizzle can help you!” I gladly help. And sometimes my meat-eating gym-mates will complain to me in private about nutritional concerns, or how they’d like to not partake in so many platters o’ bacon or entire racks of cow. Some philosophically want to be vegetarian or vegan, but feel it’s not possible to perform well athletically. They wonder how I do it.

It seems a mystery that I can do well in a workout. Some feel I’m strong as if by magic, especially since I’m 44, work full time, am a mother of two, a wife, a coach – a regular, busy life – and surely eating just plant foods can’t be enough to energize me through my jam-packed schedule and allow me to PR my deadlifts.

“If you don’t mind me asking,” a friend will say, “how are you . . . not scrawny and sickly?” These questions never bother me. I love the dialogue. I love being a walking example that contradicts the misconceptions that a plant-based diet can’t possibly build muscle or contribute to athletic gains. As with any diet, veganism just has to be done well.

READ MORE: How to Build Muscle Mass on a Plant-Based Diet 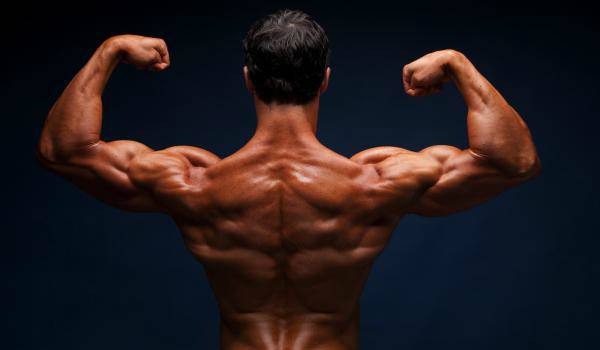 I didn’t always do it well. I went vegan years ago, after a particularly emotional eating binge I like to call The Holiday Gorge of 2003. This came just after I closed down my floundering business and decided that shoving the panic down with crappy food from Thanksgiving through the Epiphany was a good idea. It was not.

During The Holiday Gorge I ate a lioness’ share of pizza, cookies, bread & butter, lattes, fried chicken sandwiches, cookies – you get the idea. I felt terrible and I gained 10 pounds. Miserable, I heeded my body’s call to eat fruits and vegetables. I vowed to go vegan for one month just to detox and feel better.

During that month – as I started to feel better – I also read about factory farming and environmental issues and I realized I loved every aspect of being vegan. The month turned into a life choice. And since I was going to stay a vegan, why not try all the bountiful crappy vegan food the world had to offer me?

Things like vegan pizza, bread & vegan butter, vegan cookies, sweet soy lattes, more cookies – you get the idea. Vegan faux meat is another world unto itself and quite honestly after a monster stomach-ache while eating a wheat gluten burger, I haven’t had much of a taste for it.

LEARN MORE: Strong, Healthy, and Vegan? (Yes, It Can Be Done) 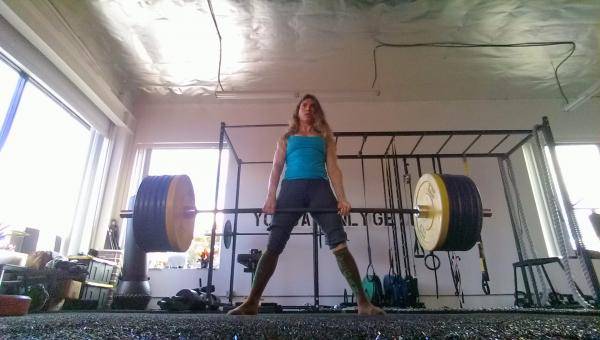 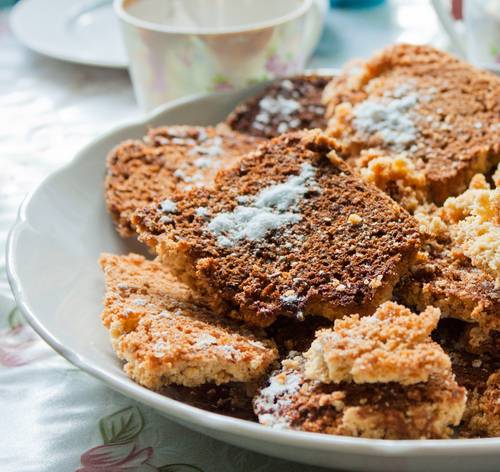 I then unfortunately, or fantastically (depends on who you ask), became a great baker with the idea this would be my new career. I developed recipes and baked for hours every night. I took an intensive 40 hour vegan baking course in New York.

I was on my way to becoming a professional vegan baker. Except I was getting fatter again! Testing every recipe was also making me sick.

I feared I had taken a wrong turn as a vegan. I missed being active and I did not enjoy feeling sluggish and heavy. I really did love the creative side of baking, but eventually I put down the whisk and decided to resurrect my athletic side instead.

There was no way that was going to happen successfully if I wasn’t eating optimally. I have spent every year since honing and experimenting with macronutrients, trying to find a perfect formula that most contributes to everything I want: strength gains, endurance, recovery, vibrancy, disease prevention, while still staying true to my personal philosophies. It’s been a long, hard experiment, and I’ve failed plenty, but I feel pretty close to the perfect formula nowadays. 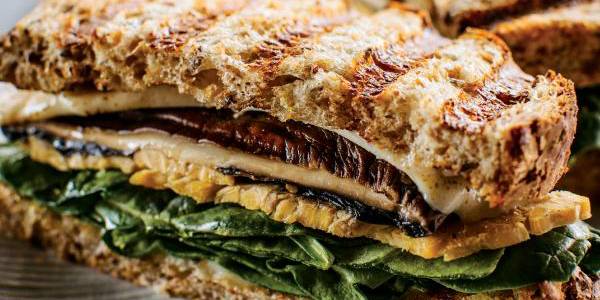 When I joined CrossFit over three years ago, I was prepared to get pounded and humbled by the workouts. I didn’t realize at the time that the basic nutritional philosophy of crossfitters was paleo.

I read up on it, and instead of judging it, I found the similarities. “We both believe in eating non-processed, right? And no dairy. Dairy’s gross. We believe in vegetables. What else? We both love avocados and coconuts.

See?” My new paleo friends were suspicious. I don’t think they had met a vegan like me before. One coach respectfully asked me if I was willing to eat meat to accelerate my goals. I told him I wanted to be a good athlete as a vegan and show it could be done.

Deep down, I knew I didn’t need meat to make it work. My diet now is about 80% raw, non-processed and gluten free. My energy levels and rate of recovery especially are amazing. My strength gains continue. I do, however, eat the same cheat meal every Friday night: vegan pizza and vegan chocolate. Hey, I’m not a robot for gods sake!

My CrossFit gym is a close knit family. My veganism has grown on them and now they trust me to give them advice when they ask for it in confidence. They also trust I’ll bring a delicious dish to parties; a dish they call a “side dish” and I call a main course. And on special occasions, they remind me to bring the cupcakes. 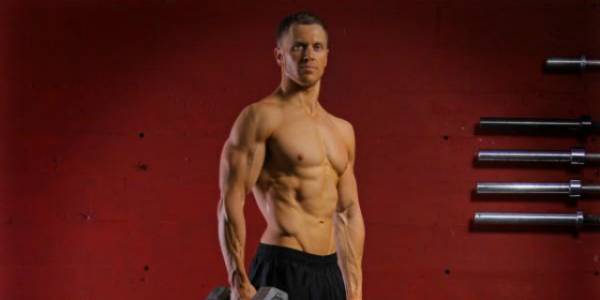 Break It Down for Me, Please

Here are some basic tips for a vegan athlete, or for those who want to steer more toward a veggie lifestyle. 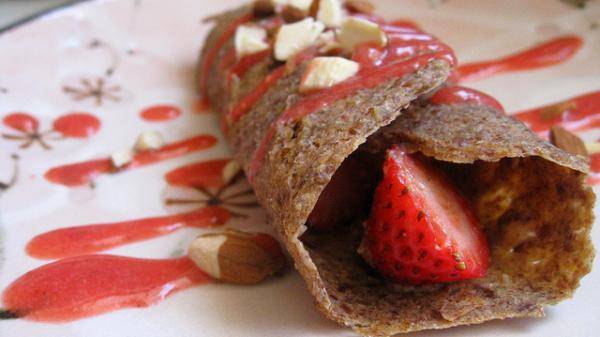