By age fourteen, girls are dropping out of sports at two times the rate of boys. Fast and Female was founded to expose girls to sports-related activities and provide female athletes as role models.

Chandra Crawford, a well-known Canadian cross-country skier, was training for the Turin Olympic Games when she noticed that more young boys were sharing the slopes with her than girls. As it turns out, she was right.

By age fourteen, girls are dropping out of sports at two times the rate of boys.1 Furthermore, girls have 1.3 million fewer opportunities to play high school sports than boys.2 Seeing a need for change, Crawford started Fast and Female in 2005, a not-for-profit organization dedicated to empowerment through sport for girls age nine to nineteen.

Fast and Female hosts fun-filled, non-competitive events where girls are exposed to sport-related activities led by world-class female athletes who act as ambassadors and positive role models. Cross-country skiing is their bread and butter sport, but they also promote cycling, running, alpine skiing, and even soccer. They are currently working on a new partnership to add canoeing and kayaking to their programming. In keeping with Fast and Female’s mission, the intent of the events is to inspire and motivate girls to stick to sports by exposing them to highly successful and positive female athletes in a supportive environment.

Fast and Female aims to “spread the love and dominate the world” at each event by fostering an inclusive environment in which girls are grouped by age rather than ability. Ambassadors keep the atmosphere fun and light, and girls spend time getting to know each other while decorating name tags or creating team posters before venturing out to work on skills and drills. The motivational presentations inspire girls to gain the confidence and leadership they need to reach their full potential in life and sports. Each event closes with yoga or a dance party.

Alana Thomas was seventeen years old when she attended the inaugural event. Today, she works for the organization as the retail and event manager and continues to pursue her competitive ski-racing career.

“I sort of think of myself as a graduate of the Fast and Female program,” she said. “We have a grand vision that girls who come to the events will continue to come for a few years and when they get older, hopefully they’ll want to participate as a volunteer or an ambassador.”

Last year, more than 1,500 girls participated in various Fast and Female events around the globe. Since its inception, the organization has grown into four countries (Canada, United States, Switzerland, and Australia) and is rapidly expanding in the United States, thanks in part to the strength of the current U.S. Women’s Ski Team who represent Fast and Female while competing around the world and serve as program ambassadors.

The ambassador program is the backbone of the organization. They play a vital role in promoting and embodying the organization’s key values of respect, trust, truth, and openness. Ambassadors are typically national or Olympic team members or past medalists; however, not all are world-class athletes. Fast and Female invites anyone who is a strong role model in their community and who is dedicated to their sport to join the ambassador team. 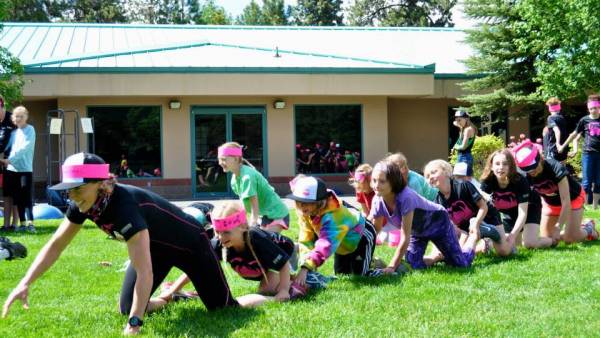 Ambassadors put a face to the organization, but the events could not happen without support from several national-level sponsors such as lululemon Athletica, Clarins, Buff Multifunctional Headwear, Karbon Sport, Kombi Sports, and LUNA.

“Girls have so much to gain from being involved in sport,” said Thomas. “We’re all for cheering on the little girls to pursuit the Olympic dream, but even if we can get them into sport so they can be strong and healthy and appreciate their bodies for everything that they can do and not just to look a certain way is a message that so important and there’s so much confidence to gain from that.”

Girls who participate in regular physical activity during adolescence are twenty percent less likely to get breast cancer later in life, less susceptible to depression, and more likely to graduate from college.3,4,5

“We believe that girls who are more confident and healthy – whether they choose to be athletes or go to college and join the workforce – will be healthier and more productive members of society.” 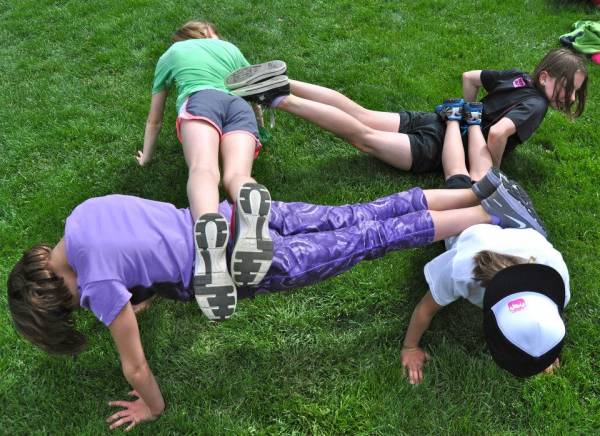 A recent survey from Ernst & Young examining the role of sports in the development of executive leadership capabilities for women found that in comparing “C-level” – as in holding the title “chief-something” – female respondents to other female managers, far more had participated in high school or college sports.6 Additionally, results from a 2002 MassMutual Financial Group and Oppenheimer Funds survey showed that 82% of executive businesswomen played sports growing up, and the vast majority say lessons learned on the playing field have contributed to their success in business.7

Thomas says that you don’t have to be age nine to nineteen to embrace the power of hot pink because Fast and Female’s positive message transcends generations and they appreciate active women of all ages. “Chase that World Cup medal if you want it, but you can also be a reporter or a business woman,” said Thomas. “It’s your game, so go after it and just chase your dream.”

Visit their website to learn more about Fast and Female.

7. MassMutual Financial Group and Oppenheimer Funds, From the Locker Room to the Boardroom: A Survey on Sports in the Lives of Women Business Executives. 2002.