Keeping Girl Athletes in the Game

Being physically active is important for the health of young women, both physically and mentally. But more of them are dropping out of sports than ever. How can we change this?

With the passing of Title IX over forty years ago, the participation of girls in sports has gone up ten times over that period. Yet, according to the Women’s Sports Foundation (WSF), most girls aren’t playing sports past the age of fourteen, reporting that twice as many girls as boys quit sports.

With the passing of Title IX over forty years ago, the participation of girls in sports has gone up ten times over that period. Yet, according to the Women’s Sports Foundation (WSF), most girls aren’t playing sports past the age of fourteen, reporting that twice as many girls as boys quit sports.

As I watch my daughters’ schoolmates become distracted by fashion and make-up, it’s common to see them trade their cleats for heels, their caps for perfectly coifed hair.

When my daughter Mina competed in the CrossFit Teen Gauntlet, it was glaring to me how the participation of girls dwindled as the age category went up. And as a mother to athletes and a coach to teen girls, I often wonder how to keep girls in the game longer.

The WSF suggests that a primary reason girls leave sports at the cusp of adolescence is the societal bombardment that a girl’s looks is what gives her value.

The internet, television programming, songs, advertisements, videos, billboards, movies, and magazines that target tween and teen girls push an over-sexualized aesthetic that is disturbing. The average female is exposed to over three hundred ads a day.

It is hard to fight the never-ending onslaught of messages that nothing is as important or gains a girl power more than her looks – or more, a fabricated, cookie-cutter idea of perfection that is nearly impossible to obtain.

As a girl settles into puberty, the images of teen and adult female athletes fade. According to Images of Us Sports, women’s sports are only 8% of all print and TV sports media coverage.

The messages surrounding girls and the pressure to fit into a beauty-driven aesthetic can be overwhelming and often her athletic side doesn’t make the cut.

This is not to say a girl can’t be athletic and explore a glamorous side, but the rate at which girls drop out of sports suggests that they often do not choose both.

Another reason girls quit sports early is to escape ridicule. Middle school was so hard, wasn’t it? It still is. And now the wildfire that is technology has created a much more powerful form of humiliation via texts and the Internet.

Girl athletes are still labeled as “dude-like” or tagged as lesbian whether accurate or not. Don’t sweat too much, play too intensely, or, God forbid, beat a boy for fear of standing out and someone taking notice enough to crush you back into the fold with shame.

The brave few stick it out. The rest of us get swallowed up in our need to simply fit it. And this retreat is at the expense of our girls’ confidence and health.

It’s no secret that keeping and staying physically active has immediate and long-terms positive effects on our health, not just physically but emotionally and mentally.

Girls who participated in high school sports are more likely to complete college than those who don’t. The de-emphasis of women and girls to participate in regular activity is taking a toll not just on their health, but the health of our country.

According to Her Life Depends On It II, a comprehensive study by the WSF, girls and women who do not participate in sports are more likely to face heart disease, depression, substance abuse, cancer, obesity-related issues, eating disorders, suicide, teen pregnancy, sexually transmitted disease, osteoporosis, and smoking – all of which accounts for much of the more than one trillion dollars spent on healthcare for treating these issues. 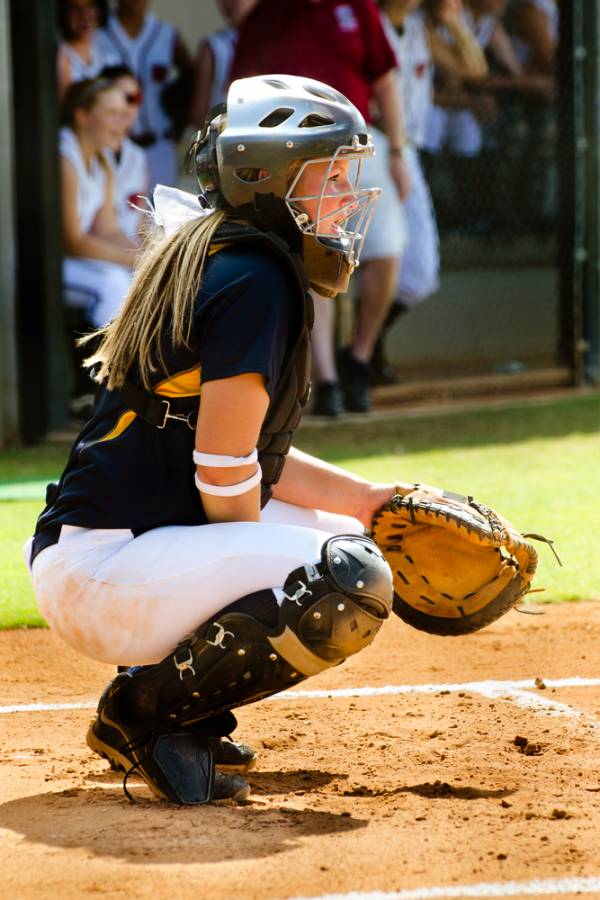 Heart disease is the number one killer in this country for men and women, but every year more women than men die of heart attacks and cardiovascular disease.

Among women, 38 percent die within one year of their first recognized heart attack, compared with 25 percent of men. Similarly, 46 percent of female and 22 percent of male heart attack survivors have a disability from heart failure within six years.

Despite this ever-expanding body of research, in general girls are still not encouraged or given the opportunities extended to boys to participate in sports and fitness activities.

Limited access to opportunities especially for girls from a lower economic background remains an ongoing concern and is complicated by schools cutting back on recess and physical education nationally. Persistent inequalities in school sport programs and community-recreation programs for girls widens the gap.

The expense on the country due to our failing health only increases in all areas, yet many reports from the Surgeon General to countless doctors site physical exercise as well as good nutrition as part of a preventative plan against these factors. But if only half the population gets sincere support to participate, we are doing our country and citizens a disservice.

The unconscious acceptance and bombardment to instead promote a better looking girl as opposed to a healthy girl plays directly into these issues at the direct expense of our girls.

So, how do we keep girls active? Here are a few suggestions to keep them in the game:

Keeping girls active can benefit them in so many ways. How are the girls in your life staying active? How do you personally keep them in the game?