Last week in part one of our interview we learned how Andy evolved from trumpet player to professional adventure racer. The next evolution would take him from athlete to trainer to CrossFit coach.

Last week in part one of our interview series with Andy Petranek we learned how he evolved from trumpet player to professional adventure racer. The next evolution would take him from athlete to personal trainer to CrossFit coach.

Andy became a personal trainer in 1997 while he was employed as a salesman at the famed Gold’s Gym in Venice, California. “I was already working in Gold’s Gym in the nutrition department and I realized I was better at training than most of the trainers in the gym. My hairstylist was actually my first client.” Andy’s hairstylist told him he wanted to hire him. Despite Andy’s protests, the hairdresser eventually won out and so Andy’s private training career began.

During this time Andy and a business partner also started their first company, Adventure Training Consultants. They ran an outdoor adventure camp for women where they taught mountain biking, hiking, rock climbing and orienteering. It was through this business venture Andy met his future wife, Julia.

Always a committed student, after leaving adventure racing Andy first went back to school to become a massage therapist and then again to immerse himself in his new profession of personal training. “I enrolled in the UCLA fitness instructor program and learned a ton. It was like going back to college. Then I went down to the Chek Institute and became a Chek Practitioner.” 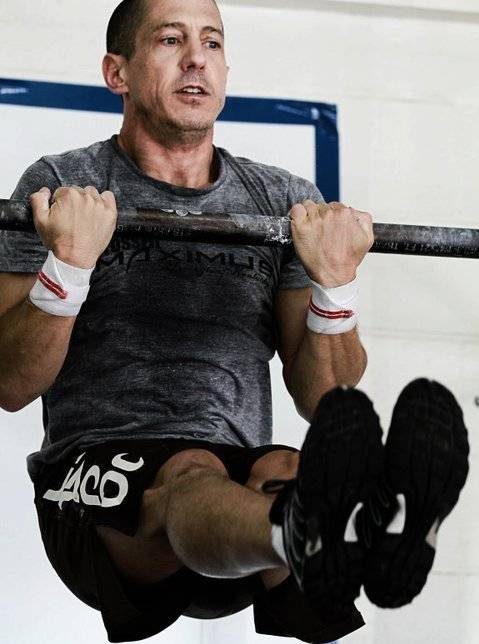 It was Andy’s commitment to learning and personal development that led him to discover CrossFit in April of 2004. “I was looking at ways to incorporate online coaching into my training practice. I was doing a bunch of Internet searching and came across the CrossFit website. I remember being on that website that day for three hours trying to decipher it. I couldn’t figure out what a W.O.D. was. And it said W.O.D. a lot and I’m like where is the W.O.D.? Where do you find this thing? I kept looking for the part of the site that was the paid part and it just didn’t compute that there was no paid part and that the workout of the day was right there on the homepage.”

Still a science major at heart, Andy’s first venture into CrossFit was an experiment in its effectiveness. He went out one day and ran a 5k and recorded his time. He then trained nothing but CrossFit for three months, following the CrossFit.com daily workouts. At the end of those three months he ran the same 5k again and his time was two and a half minutes faster.

From there, Andy was hooked and in June of 2004 he attended his first CrossFit Certification seminar in Golden, Colorado. In those days the CrossFit seminars were three days in length and mostly led by Greg Glassman himself. 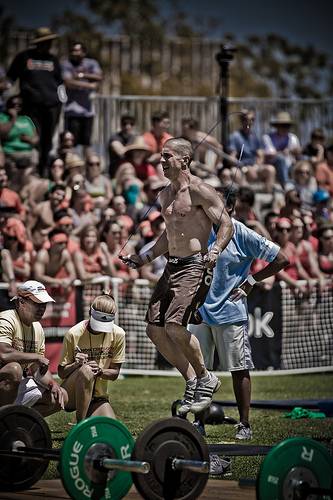 “[CrossFit] seemed to take everything that was in my head around what I liked doing and what I thought was good to do as a person, as a trainer, as a coach, and as an individual athlete and define it. There was no structure to what I was doing before. It also incorporated other stuff I was doing. It incorporated Olympic Lifts and gymnastics. Stuff that was on the fringe of what I thought was possible by regular people.”

After attending the seminar in Colorado Andy took on CrossFit as his personal training program and also converted his clientele to CrossFit. His gym, CrossFit LA, quickly became one of the most successful and well-respected CrossFit affiliates.

For Andy it also brought him back to the intensity of his Marine Corps and competition days, which was something he had been missing since he left adventure racing. Andy made it through qualifiers in 2009 and competed in the CrossFit Games as an individual. In 2011 he competed with the CFLA team through Regionals, helping them earn a slot to the Games.

What does Andy find most challenging about CrossFit? Nothing, it turns out.

“I don’t find it hard. I push myself and I enjoy pushing myself to the extreme, but I don’t have a big expectation around being able to do stuff. So, I don’t get down on myself when I can’t. If I can’t do it, I take ten steps backward and work on it until I maybe at some point can.”

Andy’s attitude toward CrossFit is no doubt a large part of his success, both as an athlete and as a coach. Next week we will talk to Andy about his philosophy behind writing workouts and the keys to successfully working with students.