As a kid I grew up reading muscle magazines. There was no Internet and getting your hands on solid training advice was difficult unless you were somehow connected to an elite program of some sort. So my early experiences with strength training all revolved around bodybuilding.

Work Out What You Want

That’s not all bad as bodybuilding has many good points to it, from an attention to clean eating to a solid understanding of fundamental lifts such as deadlifts, squats, presses, chins, and rows. Along the way I was forced to learn anatomy to understand what exercises worked which muscles and that has always held me in good stead for functional training problems I deal with now.

But as a fairly skinny kid who swam, I wasn’t built like the guys you see in the magazines. In fact, I wasn’t even close. Like most iron-addicted young guys back then, all I cared about was getting bigger to better emulate my heroes. I didn’t even know that steroids existed so I truly believed that if I just ate another plateful of chicken breasts and did twenty sets per body part that I’d end up looking like the mass monsters that were in my magazines.

But that never happened and it slowly dawned on me that there was no way I was ever going to look like that, even if I started injecting enough hormones to raise a herd of cattle. So I started looking at other means of training, particularly as they applied to martial arts and being as strong as possible while staying as light as possible to stay within a weight class.

By this point it’s fair to say that I’d been concerned about my weight for twenty years. But unlike the anorexics or those with body dysmorphia (those who think they’re never big enough, like a reverse anorexia), what I was doing somehow passed under the radar and seemed acceptable because it wasn’t an extreme either way.

Never mind that I’d once spent two hours skipping while wearing a garbage bag to lose 1kg for a weigh-in for a BJJ competition. Never mind that I thought it was appropriate to not drink any water for a whole day in order to pee out another 2-3kg during the day. What I was doing was healthy – spirit of competition and all that. 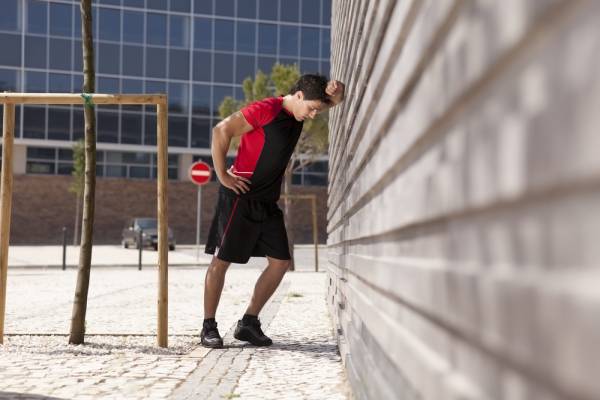 And now, starting to play around with endurance racing, I see plenty of comments about “race weight.” These are usually punctuated with some kind of joke such as, “When people stage an intervention for you, you’re close to race weight.” I’m not disputing that being lighter makes a difference with racing, because it most certainly does. A larger runner produces as much as 30% more heat than a smaller one leading to being forced to slow down much faster.1 Just the same as in car racing, “light is right” when it comes to any form of human powered racing, too.

Find the Right Weight For You

Aside from the obvious psychological issues associated with anyone, male or female, being super concerned about his or her weight for the better part of three decades, there is something positive that I have learned from all of this. Everyone has a weight that is right for him or her.

When I was in my early twenties, I weighed just over 80kg. When I competed in BJJ tournaments I would often fluctuate up to mid-80s before being a little bit stricter with my diet and competing under 85kg. The reason was simple: at 90kg I was stronger, but nowhere near as fit. At under 80kg, I was fit as hell but weak as a kitten. So the best compromise was around the 85kg mark. For Ironman, I weighed 82kg.

You’d have to be pretty unobservant to notice that in everything substantial I have done athletically my weight has always been roughly the same, despite vast differences in the training needed for them. At my heaviest, 94kg, I would get out of breath walking up two flights of stairs to get to work each day and would often start to sweat vacuuming my tiny apartment. But once I dropped back down to the mid-80s, I could go all day again.

The point of all this is that each of us has a weight that allows us to be the best combination of everything athletic we can do. At that weight we are strong, fit, and, most of all, healthy. Because given that we’re honestly not competing for world championships, we need to always keep our eyes on that last bit – health – especially as we get older.

For some people this knowledge means they’ll need to accept that perhaps having a six-pack isn’t ideal for them. My friend Neghar Fonooni wrote an excellent piece about accepting her body and recognizing that what she had been doing prior was unhealthy. 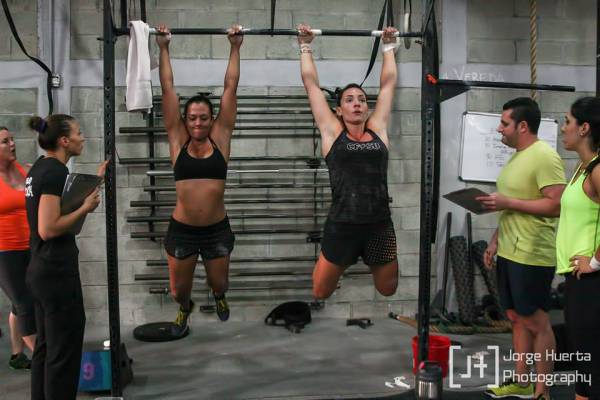 The Real Cost of Weighing Less

One of the things I like most about CrossFit, is that through it many women have come to realize that thigh gaps and starvation are not the keys to health or happiness. Instead, they have embraced the thicker quads that come from heavy lifting, as well as the thicker waists that come from that, too. I’ve yet to see a high level CrossFitter worry about his or her weight – something that may be a first for any form of competitive event. Ever. No weight classes means athletes are free to enter at whatever weight they feel the best at, and you can see the results, as they speak for themselves.

Older athletes (those over forty) are the ones who need to think about this the most. As we age our risks of bone wasting increases. This can be offset by continuing to strength train, but deliberately losing muscle mass in an effort to get to some mythical race weight may see you suffer in the longer term as gaining back that muscle will be difficult later on.

With less testosterone and growth hormone being made by the body, if you get super skinny in the second half of your life, there’s a fair chance you’re going to stay that way. With lean mass being one of the indicators of overall health and ageing we need to keep a decent amount so that we stay healthy.

To give this some numbers, according to Jim Gourley in his book Faster, a 10kg weight difference between cyclists over a one-mile 5% climb would result in a fifty-second time difference (with all other factors equal). If we put this in Ironman terms, or even recreational marathon pace (where the average finish time is four and a half hours), is fifty seconds really going to make a difference when you’re already on course from four to twelve hours?

And what cost would losing that 10kg have on the rest of your life? I’ve seen people drop weight and suddenly seem to be continually sick. I’ve seen others suddenly develop nagging muscle injuries that never seem to heal. Others start to suffer from skin, nail, and hair problems. So, is that all worth going fifty seconds faster?