Fit for Duty: The Fitness of Fire Fighting

It doesn’t matter if you are FDNY or a volunteer fireman in a small town, fire fighting is one of the most physically demanding and dangerous of all civilian occupations.

You’ve heard the blaring sirens ever since you were a little kid. You would even run to the window just to get a glance of the big red fire truck speeding past your house. When you were a little bit older you remember trying to follow the truck on your bike just to catch a glimpse of heroism in action.

A couple of years went by and you decided that this would make a great career; it’s all you ever wanted to do since you were a young kid.

It doesn’t matter if you are FDNY, fighting wildfires out in California, or a volunteer fireman in a small town. Firefighting is one of the most physically demanding and dangerous of all civilian occupations. So it’s no coincidence that becoming a fireman is one of the few jobs that require passing a physical test before even being considered a good candidate.

You spend the next six months training, getting in the best shape of your life for the entrance test. You pass and you are now eligible to enter the Fire Academy. Training is brutal, it’s the middle of the summer, and you have your first experience of donning your Personal Protective Equipment (PPE) in the blazing heat.

When you have on all of your PPE, it weighs around 53lbs. You never go into a building empty handed. Whether you’re grabbing some tools, like your ax, Halligan, or extinguisher, the amount of extra weight you’re carrying up and down stairs can be upwards of 100-150lbs.

You cannot have any extra weight on your own body if you plan on being a fireman, so your goal should be to get as strong as you can, pound for pound. Some demands of the job could be rescuing victims, raising ladders, handling charged hose lines, ventilating roofs, and forcing entry with heavy tools. And yes, this is still while you’re lugging around all of that extra weight.

You have now successfully completed the academy. You are officially a probational firefighter (“probie”). You are spending nights in the firehouse and even some time with the seasoned guys. You’re still in great shape, but are now introduced to the unhealthy lifestyle demands of the job.

One of these demands is the adrenaline rush you experience when blaring fire alarms wake you up from a dead sleep. While you can’t get by as a firefighter without being able react quickly and efficiently when duty calls, frequent instances of such an acute stress do a number on several of your body’s vital systems over time.

“But I thought I needed to sleep eight hours a night, have six to eight small spaced out meals a day, and stick to a lifting program on days X, Y, and Z?” Not with this job. It is possible, however, to stay healthy while still having a successful career. It would be a lie if someone told you that you could expect a regular good night’s sleep, healthy meals, and a regimented lifting program.

It’s 4:00am and you’re woken by a rattled voice of the dispatcher telling you that there is a report of a house fire with people trapped.

This is why doing yoga or some form of mental training to keep your heart rate down is important. As you sit in the truck driving up to the house, take deep breaths, your instincts will kick in, and all of the training you’ve done will takeover from here. Despite the frantic nature of the job, you have to remain calm. Your thirty-minute bottle of air can turn into ten minutes if you breathe erratically and don’t hold your composure.

You are searching for the victim, performing rhythmic breathing to keep your heart rate down and to preserve your air. Once you find the victim you carry them out to safety.

During your training you should focus on movements that involve carrying or dragging objects for a distance. Incorporate movements that mimic the demands of the job i.e. stair climber, sled drags, deadlifts, and core exercises. Fit firemen are not only more productive on the fire scene but also less likely to suffer strains and sprains, which account for nearly all injuries to those in the profession.

After fifteen years on the job, your probie years are long behind you and you are 20lbs heavier than when you started. You’ve given into the peer pressure at the firehouse: the family style meals, the second helpings of those meals, and snacking throughout the day. Your aching back that you never got checked out is getting increasingly worse.

Injury prevention is key with this job. No two fire calls you go on will ever be the same, so it is important to maintain your physical strength and endurance throughout the years, because you never know what may come next. There is nothing routine about being a fireman, so there should be nothing routine about your poor diet and lack of exercise.

You’re working a house fire on the second floor and that aching pain in your back sends you into a crippling position where you have to say the three most dreaded words in the fire service: “MAYDAY, MAYDAY, MAYDAY!” 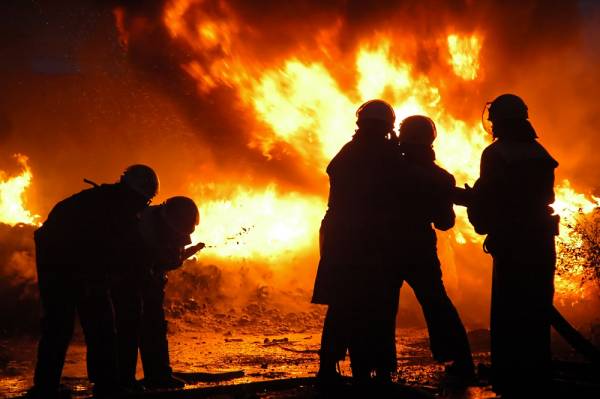 Most departments don’t have physical examinations or yearly tests. It won’t matter how experienced you are on the job if you’re not in physical condition to perform it. Your physical conditioning or lack thereof can cost you your life or even worse, the life of one of your brothers or sisters. When one fireman goes down in a fire, how many firemen does it take to pull them out?

25 years through the job and you can officially retire. You’ve made it through all of the aches and pains over the years and now you can focus on “the good life.” So what that you gained 40lbs, you’ll have plenty of time to lose it.

Although it’s never too late to get in shape, it is unfortunate that this is the case for most firemen. Remember you have not been working a desk job for 25 years, but you’ve been pretty active. This means that on day one of retirement you are already less active than when you were a firefighter.

Seven years into retirement and you have a heart attack. The demands of the job and your irresponsibility to address those chronic injuries led you to lead a sedentary “good life” and the grand total of weight gained is now 60lbs.

You said it from the beginning that landing a fire-fighting job is the jackpot of all jobs. What good is a pension upon retirement if you can’t enjoy it because of those little pounds gained over the years that turned into a lot? You can’t undo all of the poor health decisions that you’ve made thus far but it’s not to late to work on them moving forward. If not for you, then for the probie that just started who has a long career ahead of them.

In my next part of this series I will outline how to combat these hurdles in the firehouse. I’ll also give you a four-week plan to follow on your off-days to kickstart your butt into gear so you can one day really enjoy “the good life.”