In a recent study examining fire fighters, researchers demonstrated that high levels of aerobic fitness have a positive effect on decreasing cardiovascular diseases. Cardiovascular diseases account for forty-five percent of on-duty fatalities amongst fire fighters. Additionally, because of their sedentary behavior fire fighters display many factors resembling metabolic syndrome. The study group was actually an above average representation of society, as they only found a quarter of the study group met the criteria for metabolic syndrome. (In the United States and Australia the number of adults considered overweight or obese by the same BMI measurements used is over fifty percent, so the fire fighters were actually about twice as healthy as the standard population).

Metabolic syndrome is the current buzzword for what amounts to First World diet and lifestyle problems – extra weight around the upper and middle parts of the body and insulin resistance. These are usually the first warning signs of an impending storm of other problems, such as obesity, high blood pressure, cardiovascular disease, and diabetes. Along with rising public health costs these are becoming very real problems many of us will have to face. Even if you aren’t among the growing numbers of people afflicted with these diseases (Although, is it really inflicted if you do this to yourself through poor diet?), you will still be asked to help pay for the treatment costs through taxes.

These days we are spoiled for exercise choice. The Internet is like a massive shopping center that can cater to any and all fitness needs you may have. The problem is, just like most supermarkets are filled with poor choices, so is the Internet. Shake Weight, anyone?

When it comes to training the world seems to be just as filled up by promises, cheesy packaging, and marketing as the supermarkets are. In much the same way that shows like Masterchef have ruined simple, home-cooked meals, the Internet has almost ruined sensible training advice. Everyone wants to talk to you about their new fancy metabolic conditioning work or their Tabata-inspired something or other.

But when the researchers had a look at the best ways to combat metabolic syndrome and the risk of cardiovascular disease what did they turn to? Simple aerobic training. 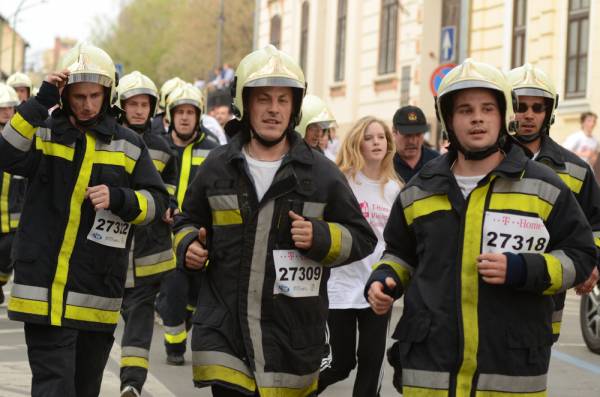 Researchers found the fire fighters with the lowest aerobic fitness score had a ten times higher likelihood of developing metabolic syndrome when compared to those with the highest aerobic fitness. As with most risk factors for heart disease, the risk of metabolic syndrome rises as you age. However, as age is a constant in the equation – you can’t make yourself younger – the number one factor that can be addressed is cardiovascular fitness.

While it may be sexy and in vogue to have a beastly deadlift or a strong press the research shows that won’t help you to have a healthy heart. Training should be about far more than what can you do right now. It should be about making your life better for as long as possible. Entering into the second half of my life I have no question in my mind that a healthy heart is important, as more and more friends seem to be struck down more and more often by illness. The immune system, as well as the cardiovascular system, is built on a foundation of aerobic fitness.

While the study doesn’t mention the best ways to train for cardiorespiratory fitness, only how they measured it, I would suggest a good starting place is to follow Maffetone’s simple heart rate formula described here. If your plan is to live not just stronger, but longer as well, adding in some aerobic work is the way to go.