How to Get (Safely) Yoked With Kettlebells

There are many benefits to performing the Olympic lifts with kettlebells. For those lacking flexibility or wanting the most metabolic bang for their buck, the kettlebell is the way to go. 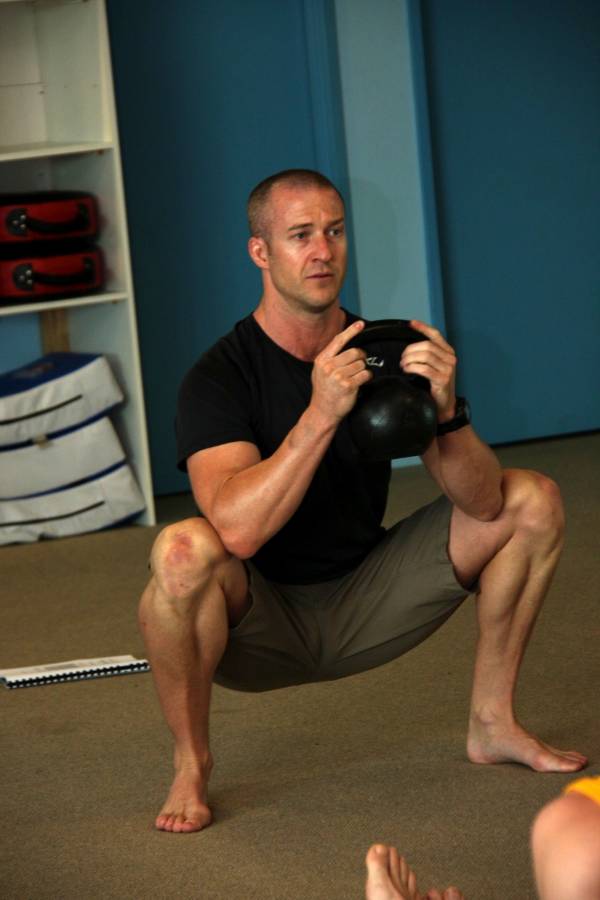 If you’re like a lot of people entering the fitness world now you’re a square peg trying desperately to smash yourself into a round hole. You’re surrounded by seemingly good advice to focus on whole body lifts like the clean and jerk, snatch, and squat; to run barefoot; and to go hard or go home.

Unfortunately for most people this advice is just plain awful. As much as I love watching weightlifting at the Olympics, the reality is that at 6’2”, 185lbs, 41 years old, and having had a couple of rounds of surgery, the full lifts are not for me. Not only that but even parts of them, such as the front squat and overhead squat, are not for me. That doesn’t mean there’s anything wrong with these lifts for people whose bodies are well designed for them, but for me, trying to do the full lifts is a path to a surgeon.

The same goes for barefoot running. I know everyone is going to jump all over me and make comments about the Tarahumara and how our ancestors moved and all that jazz, but the reality is that most of us are not even close to good enough runners to deal with barefoot running as anything more than a drill for rehab or technique. There’s nothing wrong with it – if you’ve not spent years having your feet cushioned by fancy shoes or not bearing weight due to sitting in a chair – but for most people barefoot running will be a step too far.

Let’s look at a couple of solutions to these problems and how to make them fit for guys like me (and you).

The Olympic lifts are great because they teach the body to work as one unit and allow you to use large loads. An often-neglected element of their benefits is that they force you to move the weight quickly. In a world filled with controlled movements and slow-speed training, it is important to make sure to keep some speed in your training.

Now, a bar can be problematic for some, as it doesn’t provide any wiggle room once your hands are locked in place. For the many who struggle with shoulder mobility this can create more problems than it fixes. If the goal of training is to build you up, then we need to choose exercises that aren’t going to tear you apart, no matter how much we enjoy them or someone tells us how beneficial they are. For others, even the start position may be difficult as they lack the flexibility to either get into the start position or the inherent stability to keep their spine neutral once there. A common solution for this is to work from the hang or off blocks, but I think we can find a way to make this even better and include a way to fix the issue of the bar sticking us in a poor position.

One of the early marketing pitches about kettlebells was that you could do modified versions of the Olympic lifts without needing the huge amount of technical skill the full lifts require. When you add in that it is possible to learn the lifts one handed, speeding up the learning process, it certainly looks to be a viable alternative. 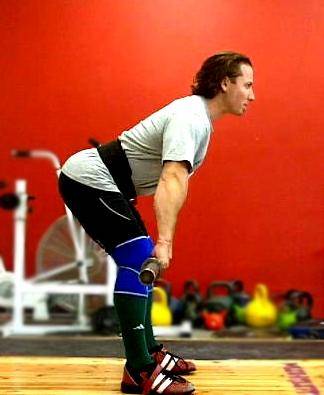 Looking at the position the body gets to on the hike pass (the backswing of all kettlebell ballistic exercises), it is almost exactly the same as the start of a barbell movement done from the hang position above the knees. So we’ve got an exercise that mimics a barbell movement, allows us to train within a range we can safely execute, and is faster to learn. Sounds like a win to me.

There are some other benefits too. Many people lack the wrist flexibility needed to rack a barbell well. The kettlebell allows a straight-arm position in the rack that is much easier and safer on the wrists. The kettlebell quick lifts also allow the muscles to get worked over a slightly longer time than the Olympic lifts do. As Louie Simmons says, “Kettlebell lifts are slower than plyometrics – slow enough to work the muscles.” Faster isn’t always better when it comes to training and kettlebells can fill the gap between slow-speed, normal gym training and true explosive work – and with a much lower cost on the body.

For many, one of the big draws of the quick lifts is the huge slabs of meat they can gain, but the kettlebell counterparts to these lifts are no exception. Just like with the bar, there are four main kettlebell lifts that will help you in your quest to get yoked (and not hurt yourself at the same time) – the clean, jerk, high pull, and snatch. 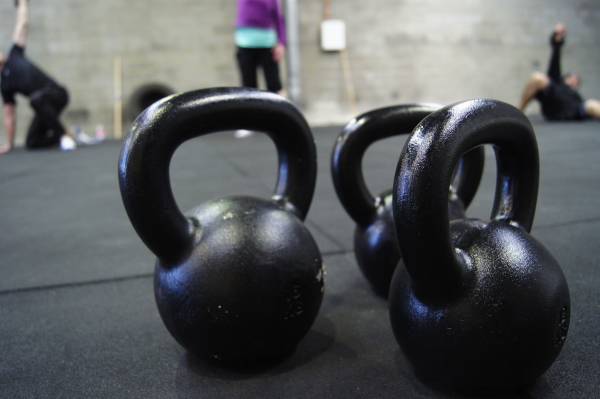 How effective can these lifts be? Well, as noted in Return of the Kettlebell Professor Arkady Vorobyev did an experiment back in the Iron Curtain days and found that following a set of ten cleans with double 32kg bells the heart rate stayed elevated for ten minutes afterwards. He also found the energy expenditure from clean and jerks – the famous long cycle of kettlebell sport – was by far the most energetically demanding.

In coming articles I’ll break down these movements and provide video so you can learn to do them effectively yourself. Just like with the barbell these movements can be trained low rep and heavy, high rep and continuous like you might find in a workout like the “Linda” WOD, or in complexes. Like with all training tools and methods, the key is to pick the one that suits you the best and then get to work.