How to Handle the Hill: A Physics Lesson for Cyclists

Ramp up your power output and train your central nervous system to fly up the inclines. 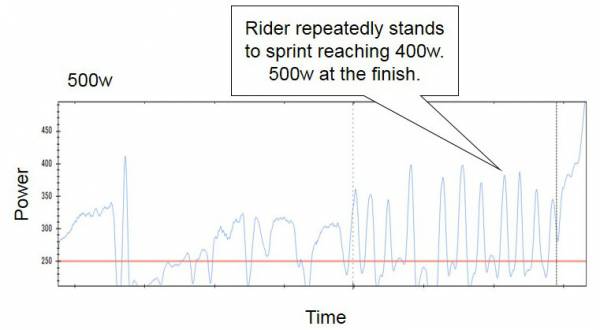 Standing in the saddle is one way to move faster up the hill, but it has its limits.

The Physics of Cycling

To climb a hill (or go anywhere) on your bike, you need to convert stored muscular glycolytic energy into pushing the pedals into motion. In a pedal stroke, your bodyweight pushes the pedal from the top position to the bottom position. In doing so, the potential energy is released and translated into movement of the bike via the crank, chain and wheels. This is potential energy, and it’s the same energy as when an object falls to the ground by gravity.

High school physics demonstrates that the energy released in cycling is indicated by the mass of the rider plus a gravitational constant (let’s say 10) plus the change in the height of the pedal. Using this equation, a 75kg rider using a crank length of 175mm will produce approximately 262 kilojoules of energy per pedal stroke. If the same cyclist pedals with a cadence of 60 RPM – one revolution per second – they will produce a total power output of 525 watts.

That’s in theory. In reality, the result may vary. The rider has to support some of their weight on the handlebars, so only some of their bodyweight is being used to push the pedals down. There’s also a loss of energy in the cranks, chain, and wheels along the way. The rider can, however, optimise their power output by standing on the pedals, as is frequently seen when a rider is sprinting or climbing a hill. The chart below shows the power output from just such a rider trying for more speed in the last stages of an event by periodically standing off the saddle.

Standing up in the saddle produces power when you need it the most.

The peaks in power start at four hundred watts, and rise to five hundred watts at the finish. The effectiveness of this standing technique is clear.

Standing in the saddle is one way to move on up the hill, but it has its limits. You can’t push down on the pedals with more than your bodyweight, after all. Gaining more bodyweight would facilitate more power production – but then you would have to shift more of that weight up the hill, meaning no gains overall.

Keeping the physics in mind, there is one other variable you can manipulate to produce more power in the saddle: upping your pedal stroke to release the potential energy faster. Your muscles can be strong, but if they cannot fire at the right speed for an extended period of time, you will not be able to realise any extra power. In order to tap into this potential, you need to train your muscles, but more importantly, you need to teach your central nervous system that it is safe to pedal at a faster rate.

The Role of the CNS

The central nervous system (CNS) requires specific training to allow changes to the neuromuscular connections that govern the rate at which your muscles fire. If you want to train your muscles to move fast, you have to convince your CNS that it is safe to do so. Sensors in the muscles, joints and tendon junctions constantly relay feedback to the CNS about the body’s activity so it can control the rate and force of movement. If the feedback indicates movement is straying outside the body’s expected ranges, the CNS inhibits the activity. 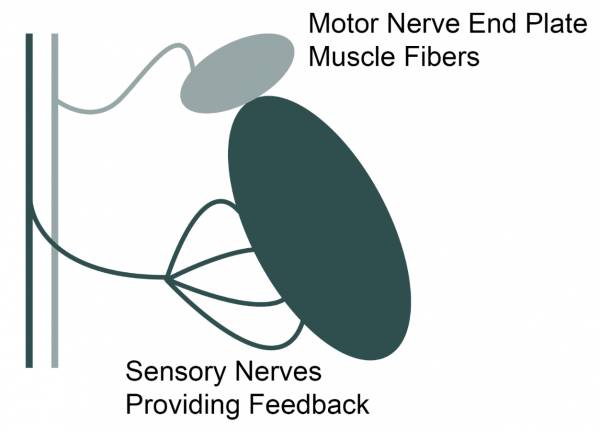 Want a higher pedal stroke? You’ll need to run it by your CNS first.

So no matter how hard you push in your head, the pedals won’t turn over any faster. Which means lagging on those hills come race season.

How Do I Train my CNS?

You can train your CNS by including higher speed pedalling drills in your bike sessions like the one below. This can be done on an outdoor or indoor trainer.

You can also include some high speed pedalling into your training warm ups. This can be as simple as 30 seconds above 100 RPM every two minutes for five sets. If you have access to stationary cycles in your local gym, try performing the rest intervals at level five, then switch up to level twenty for a 20 second sprint at 100 to 120 RPM.

There’s one thing to look out for when trying to get faster on the hill. Check your seat is not too high, as this will encourage more sitting and less weight on the pedals. High pressure in the saddle area can also cause discomfort and soreness over an extended period of time.1

The concept that higher performance in cycling is facilitated by effective manipulation of gravity has been widely noted2. If you look at footage of elite riders on the tour circuit, you will see that they have both a very fluid pedal stroke and are out of the seat for extended times when climbing hills. These riders teach us that learning to pedal quickly at height when ascending hills is considerably more efficient than grinding away in higher gears. There’s nothing more uncomfortable than watching someone struggle up a hill on their bike. Don’t let it be you this season.

1. Adam Topham, Time-Trialling. Fly Through the Pain Barrier: Achieve Your True Potential in the Race of Truth!, (Marabu, 2009)