Does weather change influence joint pain and function? Fact or fiction, there are things you can do to feel better.

Do your joints predict the weather? Usually this happens on rainy and cold days. I’ve worked with several people who would be doing great, and then one day certain joints just hurt or crackled a bit more for no apparent reason. Usually, it correlated to a change in the weather patterns. But while many people believe weather can affect joints, the science behind it is not quite as confident.

Several theories exist as to why the weather may influence joint pain, but there are no proven mechanisms:

Several problems exist when it comes to trying to study this issue. Weather, like people, is unpredictable. You would need consistent weather changes occurring at a precise time. In addition, most studies are based on pain scales, and self-reported data can vary quite a bit. Inconsistent weather and inconsistent reporting are both limitations.

Ethical and population issues also exist. Most of the studies are done on people with rheumatoid arthritis. To be consistent, the subjects would have to stop taking medications that help them deal with pain. Everyone has a different case of arthritis and the perception of that varies between people. It is unethical to leave people in pain and not addressing the pain wouldn’t lead to solid data due to such a variance of individual perception on the reported pain scale.

“While some studies do show a correlation between joint pain and weather, others do not.”

While some studies do show a correlation between joint pain and weather, others do not. So, in scientific terms, we have no clue. Wilder et al reported no significant correlation in exercisers 49 years and older. Brennan et al did find a small correlation of weather fluctuations and pain in people with end-stage hip arthritis. This highlights the problem of comparing apples to oranges, as well. Wilder et al studied people who participated in an exercise program and were aged 49 to 90. Brennan et al compared people with a higher severity of hip arthritis with no consistent exercise regime.

The largest problem of all is that even if we found a correlation, it’s only a correlation. We would still have no idea what actually causes weather-related pain. I personally do believe there is something to this phenomenon, although we may never find out why or even really need to. Some things are impossible to study due to such individual differences, and that is the great thing about humans.

If you have experience with increased joint pain with weather fluctuation, it probably occurs in specific joints and I would bet there is a certain degree of arthritis in that joint. I’ve used a few methods to help people deal with this and keep it a non-issue.

” It isn’t a great idea to train hard on inflamed joints, so if you’re affected by changes in weather, then train smart.” 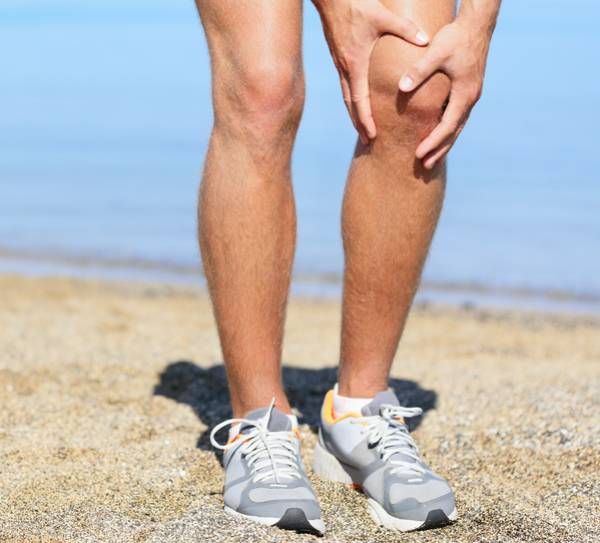 Do What’s Best For You

While studies are inconclusive at best, it doesn’t mean the weather-joint link isn’t real. You know your body best. It isn’t a great idea to train hard on inflamed joints, so if you’re affected by changes in weather, then train smart. Come up with a routine you know works when joint pain creeps up.

Beyond my general suggestions, you may have other supplements that work great for you. Whatever your strategy is, find what works and be proactive by checking the weather forecast when you plan your training week.