People my age have no business doing certain exercises. I think there should be a rating system for exercises, with some rated R for “restricted movement” and mature athletes just shouldn’t do them. 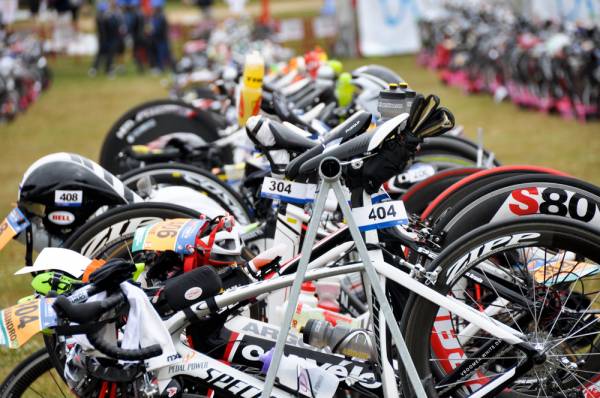 In about two weeks a bunch of people are going to make a bunch of really dumbass resolutions. Many will be good ideas – lose the weight that puts you at risk of heart attacks and diabetes is a good one – but many will be plain ol’ dumb.

Sadly, for me at least, the majority of these really dumb ideas come from men in my age group. I made a shocking discovery last weekend. I’d always heard this joke about triathlons, that if you walk past the bike rack for the men’s 40-44 age group you’d find better bikes than the professionals have. It’s true. The bike rack in transition was filled with bikes bought by guys trying to buy speed. In these days of aerodynamic wheels, frames, and helmets this is actually possible. However, the number one guaranteed way to get faster on a bike remains to go ride it more. Save the five thousand dollars you were going to spend on wheels and spend it on a good coaching plan and massage. I know my way will make you faster, more supple, and stave off injury.

We’re probably all familiar with the rating system for movies, the one that has ratings for kids of all ages, children under parental supervision, only for mature audiences, and then into the stuff that is only available in certain dark corners of the Internet. Training should work the same way, but backwards.

Here are the exercises I believe should be rated R:

Olympic lifting is all in vogue thanks in large part to CrossFit. That’s a good thing. The down side is that good lifting takes enormous amounts of flexibility that most people, especially those in the “mature audience” section, don’t possess. I remember a conversation I had with Pavel Tsatsouline about mature athletes and the Olympic lifts. His comments were harsh but true: “Andrew, you must be young and weak to learn the Olympic lifts properly.”

When I see pictures of people my age attempting these lifts I don’t see the bar overhead as the only sign of a successful lift. Mostly what I see is things like lack of ankle flexibility. That is due to a lack of ankle dorsiflexion in the ankle. That in turn makes the lifter push his hips back instead of squat straight down. This, in turn, causes a greater torso angle, which massively increases the stress to the spine. This problem is further compounded by a lack of extension in the thoracic spine, which also causes the same things. The lifter is then forced to really reach quite far back with his arms to keep them vertical and the weight over his feet.

And I am not singling out any one lifter. These people are not alone. While they can vote, drive, and see dirty movies they are performing a lift with a body that is rated R for “Restricted Movement.” They would be far better off spending training time addressing these issues and choosing lifts that aren’t reserved for those with G rated bodies (G for “Good Movement”). That doesn’t mean we can do only corrective work, it just means we needs to realize when we are too old, move too poorly, and are accidents waiting to happen.

Older guys, and others with these R rated bodies, need to start acting their age. There’s a very real reason why you don’t see many forty year olds winning UFC belts and there’s a very real reason why forty year olds should not go and start training MMA when they have zero background in that style of training, or in most cases no actual physical background since high school.

It just takes my breath away how many Internet experts advocate that people should begin running with sprinting. No. No you shouldn’t and please stop it now. Telling a novice runner they should begin with the most intense form of that exercise is like saying someone new to lifting should try to squat double bodyweight their first night in the gym. Or that instead of learning how to do a push up you should instead focus on your first push up being a one handed handstand push up. Somehow the idiocy of those suggestions is evident, but when it comes to sprinting everyone loses their minds and wonders why they get hurt.

As we age the body tends to lose some of its bounce. While doing some work to retain the stretch shortening cycle is a good idea, going from zero to sprinting is not. And don’t even get me started on other R rated favorites like hill sprints. What a great idea – don’t just do a more intense form of the exercise than you’re likely capable of, but add to it by going up a hill (there is no font for sarcasm, but if there were this would be in that font). 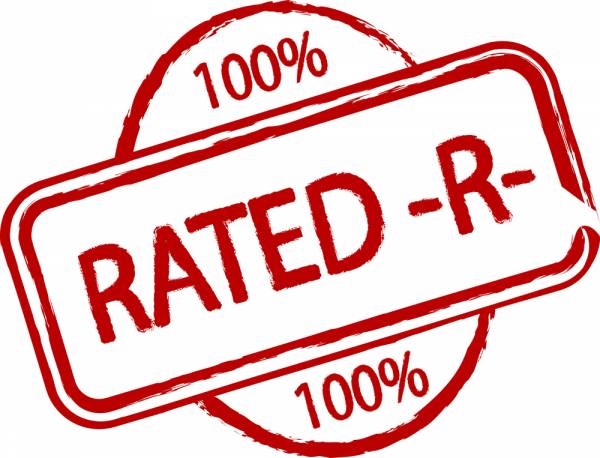 As much as I hate to admit it, cycling is another poor choice of hobby for those rated R. If you have spent the last thirty years of your life sitting at a desk, the last thing you should do is choose a hobby that involves lots of sitting. (This goes double for any seated machine resistance exercise.) Not only that, but cycling locks down the upper half of your body – meaning no power linkage is occurring through your core. That linkage is a skill that will help prevent injury in many cases. To add further misery to it, there’s only a single motor pattern in cycling. That’s three strikes.

I’m not saying these things are bad. Just that they’re bad for many. Particularly many in the over thirty-five bracket who don’t have a history of martial arts, athletic training, or maybe even doing anything physical. When you’re making your choices for things to try next year just be smart about where you actually are physically.

Failing that, because I know a lot of people will tell me I’m wrong, my suggestion is to go train MMA, sprint, and perform the Olympic lifts every day – especially if they’re over thirty-five. But leave your expensive bikes to me, I promise I’ll actually be in good enough shape to ride them fast.