Why I Criticize CrossFit

Criticism is not tantamount to hate. I would suggest it is the opposite. I love CrossFit. If I didn’t, I simply wouldn’t care about sumo deadlift high pulls or crotch shots.

“Any fool can criticize, condemn, and complain, and most fools do.” – Benjamin Franklin

Perhaps I am a fool: I criticize CrossFit. A lot. But it’s because I love CrossFit.

Ever since childhood, I have tended to get myself into trouble because I have always been that person who raised their hand and asked, “Why?” For me, unless something made logical sense, I just couldn’t accept “because that’s the way it is” as an answer.

When I worked as a claims manager for a large insurance company, nothing irritated me more than the statement, “Because that’s the way we’ve always done it.” (If you work for any kind of corporation, I am quite certain you hear this on a fairly regular basis.) Even though I loved the company and enjoyed my job, I wanted to work for a company that celebrated creativity and rewarded thinking outside the box, not one that encouraged the status quo. They say when it’s not broken, don’t fix it, but sometimes, even if it’s not broken, it can be improved.

Think about this: for every single thing that exists in our daily life, from stop signs to coffee mugs, from heart transplants to lululemon, somebody said, “You know what? I have an idea…” And even the most successful, innovative companies on earth continue to innovate. Apple, for one. Who would have thought there could be a successor to the iPhone? No one. That is, until the iPad came out.

“Because that’s the way we’ve always done it” is not an answer. It betrays a stagnancy that will give way to decline. If you apply the concept of “it’s always been that way” to questions of oppression, racism, inequality, or discrimination, you can see why the statement is unacceptable. Why, then, accept it when it comes to more benign practices? Like exercise, for example. 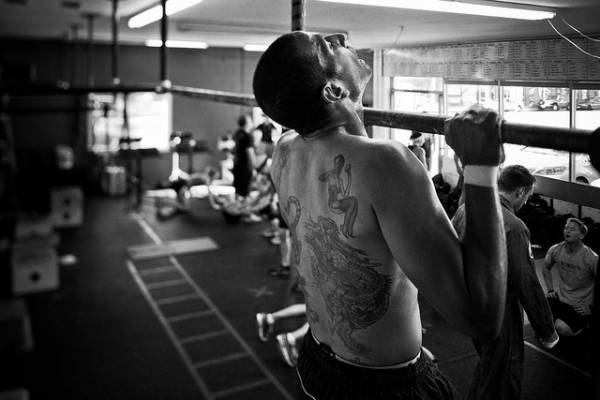 In fact, CrossFit, the rogue, underground fitness regimen, built its very existence on the idea that “because that’s the way we’ve always done it” was absurd. Greg Glassman raised an empire on the premise that the existing fitness paradigm was mired in quicksand, and by rejecting the notion of “that’s the way we’ve always done it,” he lit the fire we now know as CrossFit.

So, at what point did CrossFit reach a point of stasis whereby further growth spurred by questioning is considered heresy? When did questioning the foundation of some of CrossFit’s core principals become fodder for Russification?

It’s rather fascinating to watch CrossFit attack those who question, like antibodies on a spirochete. Protect the brand from IP theft? Yes. Push back against something that might be considered slanderous? Of course. But criticism? Either welcome it or ignore it. I think welcoming criticism is a great choice. If you’re confident in your methods, criticism will only strike you as an opportunity for further innovation.

Recently, a seemingly hapless dude by the name of Thomas Plummer released a video in which he appeared to be criticizing CrossFit. (Honestly, I was only able to watch a portion of it. Pretty boring lecture stuff.) CrossFit took to Twitter and Russified this guy into oblivion. Check CrossFit’s Twitter feed from November 8, 2013. It’s actually pretty teenage-bully-level stuff. But Plummer removed his video from YouTube and went underground.

One of the apparently heretical things Plumber said was this, “You can’t supervise twenty people doing power cleans.” Now, I have no idea what the context is, but CrossFit Tweeted this statement (along with many others) accompanied by a picture of a CrossFit class with approximately twenty people in it power cleaning a PVC pipe. Get ‘im guys. You sure showed him.

The fact is, it is difficult to properly coach twenty people at one time, period. If you are coaching a CrossFit class where the strength portion is “ten minutes to build to a tough power clean single” and there are twenty people in that class, I am not sure there is a coach in this business who can adequately give instruction, correction, and supervision to all twenty people. Showing me a picture to counter that point is a fairly useless retort. Yeah, I know it’s being done. But is it being done well?

So why would CrossFit Headquarters choose this out-of-context quotation to set themselves up as wagon-circling defensive juvies? Is it remotely possible that this is a correct statement? If so, is it then remotely possible for CrossFit to accept the criticism with an intelligent, courteous response? At the very least, ignore it?

Better yet, why not even possibly acknowledge the criticism with a statement such as, “We think an eight-to-one coach-to-member ratio is effective when working on Olympic technique,” or some such position? Rather than dumping the five-gallon bucket of Kool-Aid on Plummer’s head by trying to “out” him as a fool for what could well be a reasoned, logical statement. I find this situation fascinating.

Asking questions – criticizing – is literally part of the fabric of what encourages change, growth, and improvement. The moment a body stops growing, it begins dying. I would think that CrossFit, which considers itself the most successful fitness program on earth (their words), would want nothing short of perfection. And, despite rampant growth and stratospheric success, believe it or not, CrossFit isn’t perfect. There is always room to tinker, perfect, improve. It’s not like Greg Glassman spent from 1998 to 2005 tinkering and inventing, and unleashed his finished product on the world in 2005. No, it has been and should continue to be in a constant state of growth and improvement.

And improvement doesn’t always come from inside. In fact, sometimes those on the inside are much too close or embedded in the culture to see any issues that need to be addressed, which is why criticism can play such an important role in effecting positive change. That’s why companies have suggestion boxes, do customer surveys, and have contact forms. A company that is willing to ask, “How are we doing?” is a company that will grow. A company whose position is, “When I want your opinion, I’ll beat it out of you,” is a company that will ultimately crack. Which one is CrossFit, Inc.?

Trust me, I don’t criticize for criticism’s sake. I ask questions. I probe. I ask why. I hope that CrossFit Headquarters would agree that asking questions and even offering criticism can be valuable tools. At least, I would hope so – but that’s not particularly the vibe I get.

Criticism is not tantamount to hate. I would suggest it is the opposite. I love CrossFit. If I didn’t, I simply wouldn’t care about sumo deadlift high pulls or crotch shots, and wouldn’t spend a single minute writing about those things. The day my blog disappears, that is the day you will know I am no longer in love with this sport. Either that, or I have been Russified into oblivion.